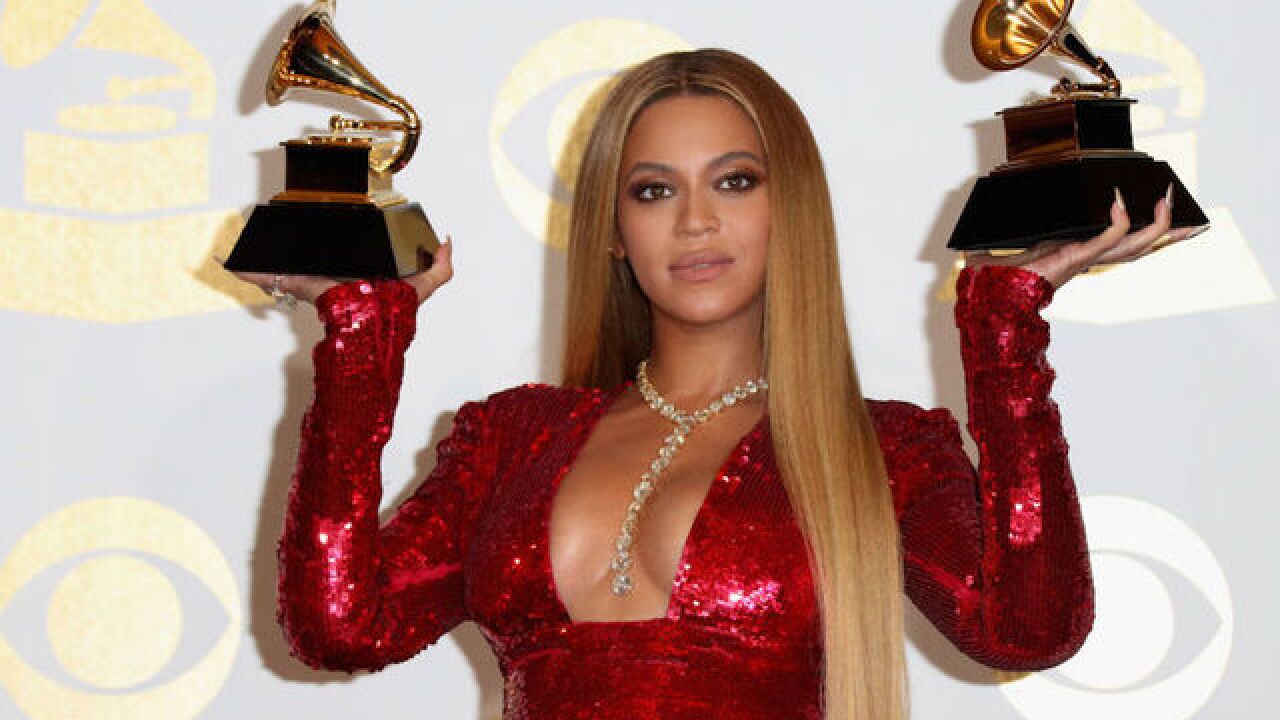 A surprise presenter proved to be a showstopper at the 2017 Sports Illustrated Sportsperson of the Year Awards, generating as much chatter as Tuesday night's big winners.

Introduced by "Daily Show" host Trevor Noah, the singer said she felt "so good to be here on such a special night of appreciation."

She thanked Kaepernick for his "selfless heart," "conviction" and "personal sacrifice."

The football player became a lightning rod in 2016 when he began kneeling during the National Anthem before games to protest police brutality and racial inequality.

"Colin took action with no fear of consequence or repercussion only hope to change the world for the better," Beyoncé said. "To change perception, to change the way we treat each other, especially people of color. We're still waiting for the world to catch up."

Quoting an often-shared message from social media, she added, "It's been said that racism is so American, that when we protest racism, some assume we are protesting America."

"So, let's be very clear. Colin has always been very respectful of the individuals who selfless serve and protect our country and our communities and our families," she said. "His message is solely focused on social injustice for historically disenfranchised people."

Kaepernick spoke of Ali's legacy as "being that of a champion of the people."

He said he began protesting, an act that many feel may have cost him his career in the NFL, because of his love for people. (No NFL team has signed Kaepernick after he became a free agent.)

"With or without the NFL's platform I will continue to work for the people because my platform is the people," he said.