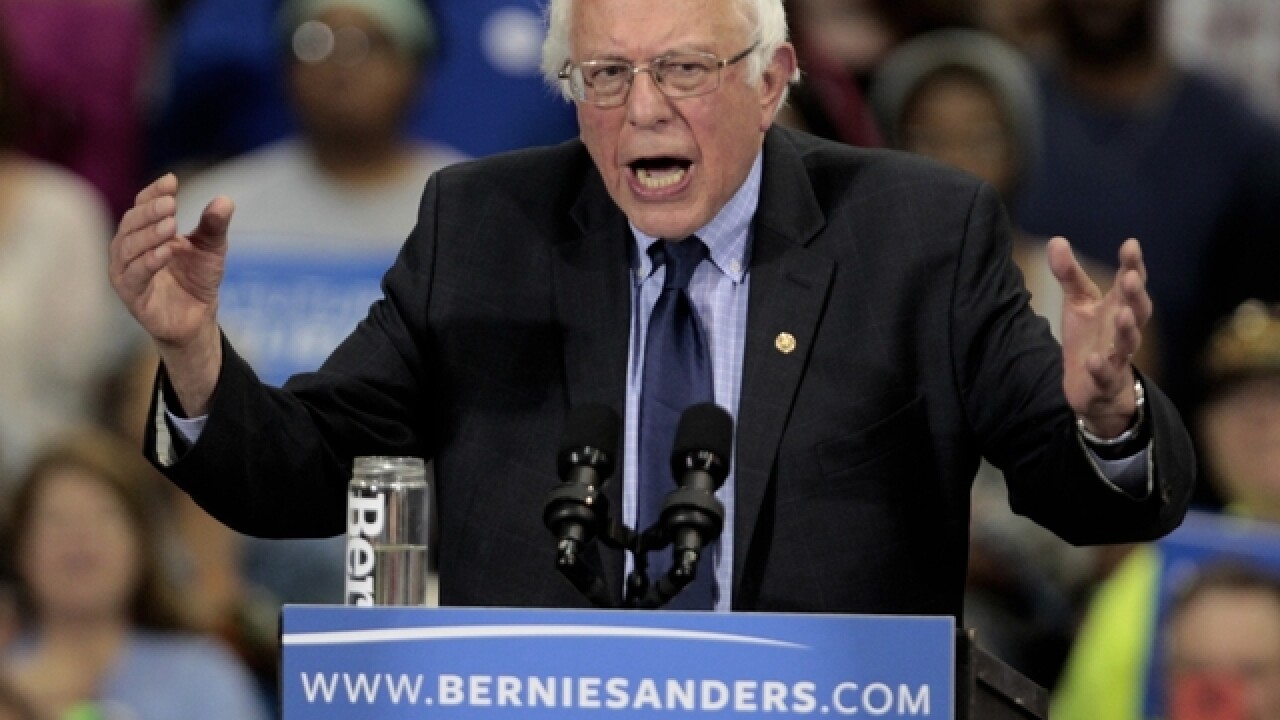 BURLINGTON, Vt. (AP) — People in this lakeside city that Bernie Sanders helped transform as mayor before embarking on a career in Congress are proud of the mark he's left in the 2016 presidential race even as they recognize that his White House bid is almost certainly going to fall short.

The senator returned to Burlington, his hometown, after a week of major developments in the campaign: Hillary Clinton clinched the Democratic nomination, President Barack Obama endorsed her after meeting with Sanders at the White House, and the party kept up efforts to ease Sanders from the race while trying not to offend his many supporters.

Sanders was largely staying out of public view this weekend, though he was booked on some Washington-based news shows on Sunday and his campaign spokesman, Michael Briggs, said Sanders and his wife, Jane, invited "a couple dozen key supporters and advisers from around the country to come to Burlington to share ideas."

Briggs said he expected "a lot of thoughtful discussion among smart people and good friends."

Sanders was expected to return to Washington for Tuesday's primary in the District of Columbia, the final one on the nomination calendar. In an email Saturday to supporters, Sanders reminded them of their "chance to stand up and be heard." His message ended: "I thank you for everything you've shared with me and all the support you've given our campaign. Now it's time to bring it home on Tuesday."

Sanders hasn't said he would quit the race, but after meeting with Obama, he made clear he would do everything he could to stop presumptive Republican nominee Donald Trump from winning the White House.

People in Burlington are familiar with Sanders and the message of social justice that he has promoted since before he was elected mayor in 1981. Many credit him with helping make Burlington the vibrant, multicultural small city that it is today, and are thrilled to see his message gain so much attention.

"What's really cool is he sort of changed the narrative in a big way," said Benjamin Gorback, 29, of Burlington, who works at the regional transit agency and was standing on Church Street in the rain Saturday with friend Vanessa Arbour, 26, an information technology worker. Both are Sanders supporters.

Said Arbour: "I think the real important thing about Bernie was that a) he really had a chance of winning and b) people actually thought he was going to win."

Sarah Mandl, 26, of Ithaca, New York, who attended the University of Vermont and spends summers in the state, said she was surprised and happy that Sanders made it as far as he did in the race, and continues to try to get out his message "even though he knows he's not going to be president."

Dan McAllister, 60, a clergyman from South Burlington, credited Sanders with raising "some questions both the Democrats and the Republicans have to answer."

Don Dresser, 65, a retired postmaster from Huntington who was wearing a "Bernie" sticker on his shirt, said he's not sure what's next for Sanders, but expects him to press his agenda at the party convention this summer.

"I mean he's been speaking on the same thing since I came here in the mid-70s."