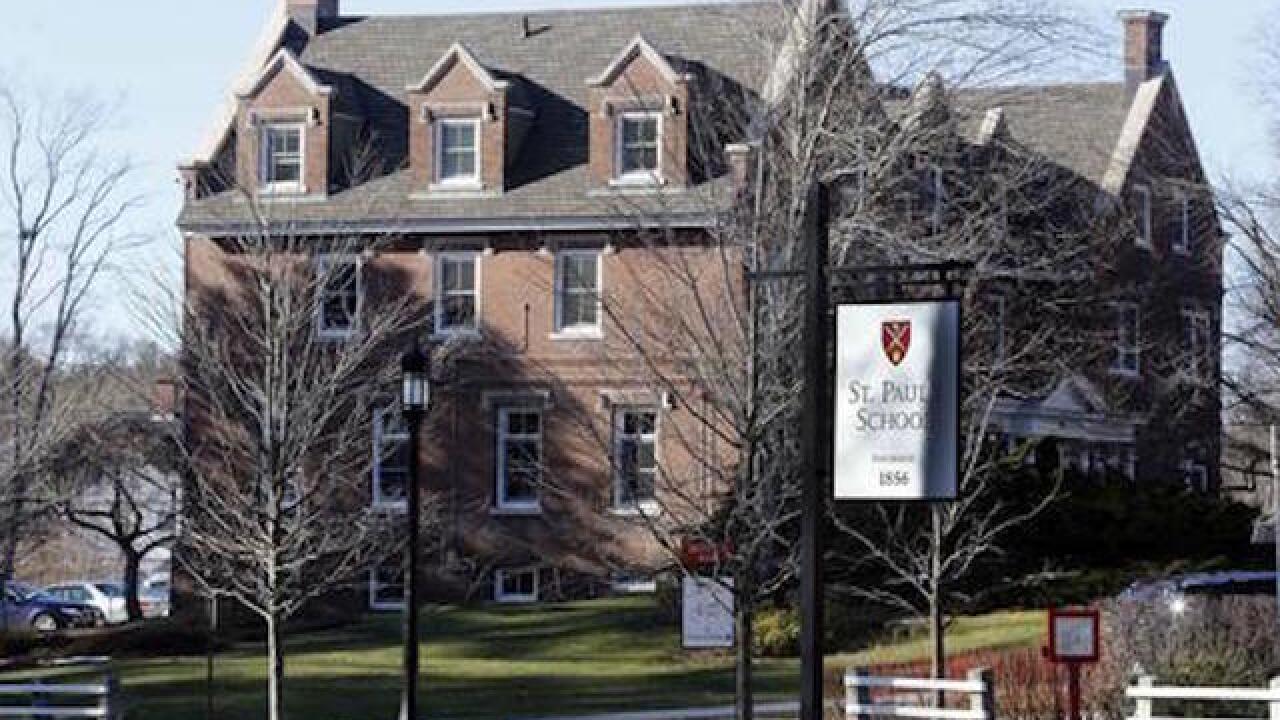 Jim Cole
<p>The entrance to St. Paul's School is seen Friday, Feb. 26, 2016, in Concord, N.H. Six months after a graduate from the prep school was convicted on charges of sexual assault and using a computer to lure a 15-year-old girl for sex, the school is planning a symposium to help educators called "Empathy, Intimacy and Technology in a Boarding School Environment." (AP Photo/Jim Cole)</p>

CONCORD, N.H. (AP) — A graduate of a New England prep school who was convicted of sexually assaulting a younger student was taken into custody Friday after acknowledging that he violated conditions of his bail agreement by missing curfew multiple times.

"You are unlikely to abide by any conditions," Judge Larry Smukler said. "I don't relax conditions because you can't comply with them."

Labrie, 20, was stoic as he was handcuffed and led from the courtroom. His mother appeared to sob quietly.

Labrie was arrested in 2014 days after graduating from St. Paul's School, an elite prep school in Concord.

He was 18 at the time of the encounter in a near-deserted building on the St. Paul's campus. Prosecutors linked the assault on a 15-year-old freshman to a competition at St. Paul's known as the "Senior Salute" in which seniors seek to have sex with underclassmen.

Smukler, in sentencing him in October and permitting him to remain free on bail pending appeal, told Labrie he would be "exceedingly foolish" to violate his bail conditions.

His lawyer maintained Labrie was pursuing a graduate degree that required him to research in Boston.

Labrie had been living with his mother in Tunbridge, Vermont, as he appealed his sentence and the requirement that he register as a sex offender. He was supposed to be home between 5 p.m. and 8 a.m. each night, but a prosecutor said he violated that at least eight times.

In court papers, prosecutor Catherine Ruffle said that on or about Feb. 29, a journalist spoke with Labrie on a train in Cambridge, Massachusetts. That prompted an investigation into Labrie's travels.

In court Friday, Rancourt acknowledged that her client "tried, admittedly, to fly under the radar on three occasions." She said Labrie was sorry and did it to avoid media attention.

But Ruffle said, based on interviews with the reporter and a ticket clerk at the bus line Labrie used, Labrie was going to Boston to visit a girlfriend.

The victim's father declined to comment on Friday's developments.

A jury in August convicted Labrie of misdemeanor sex assault charges and a felony charge of using a computer to lure an underage student for sex. The computer charge, a felony, carries the mandate to register as a sex offender for life.

Once Labrie has served his sentence, he'll be on probation. The judge also told him Friday: "This doesn't bode well for probation."