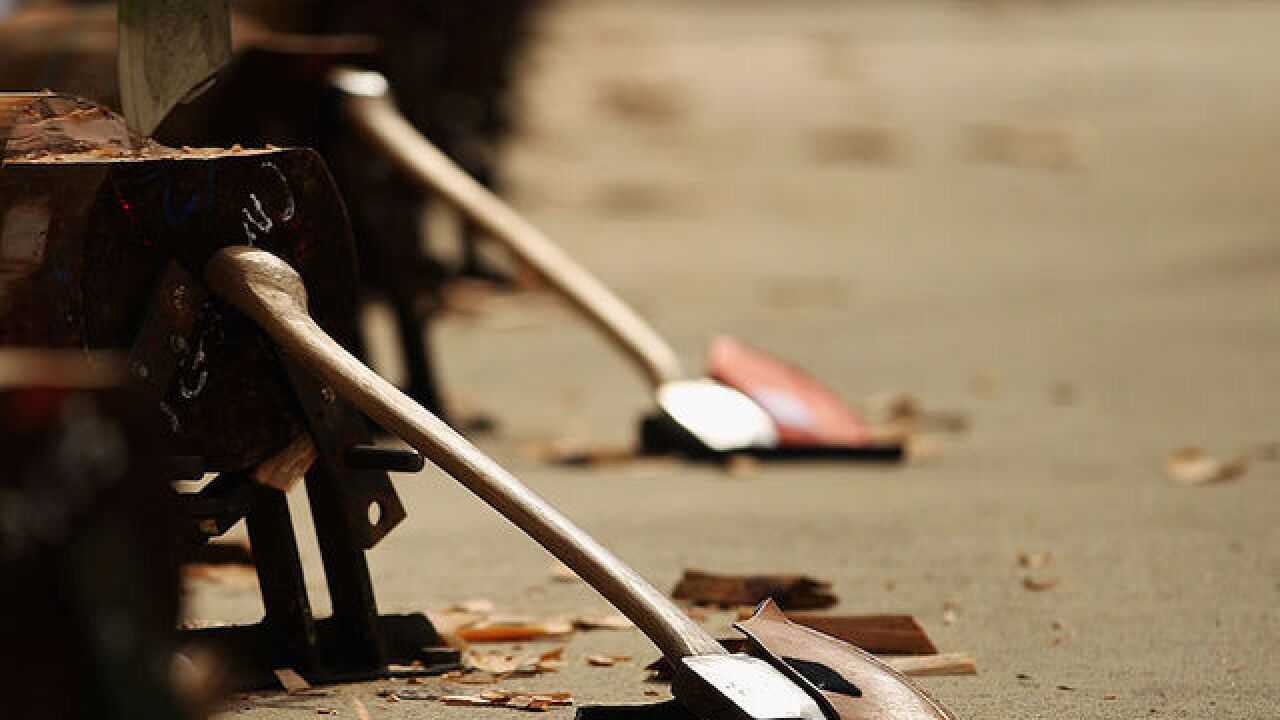 Copyright Getty Images
Mark Kolbe
<p>during the 2012 Sydney Royal Easter Show at the Sydney Showground on April 5, 2012 in Sydney, Australia. The annual event is Australia's largest, attracting around 900,000 visitors over the duration of the two week agricultural show.</p>

What says nice to meet you better than an axe?

Axe throwing is how a construction management team and their clients are getting to know each other a little better.

"It's a hell of an icebreaker," says Mark Johnson who wanted to try something other than golf.

"Everybody is into it," Johnson says. "I don't know if anybody is excelling at it but you know everybody is at least into it."

Peter Lalor founded the Downtown Art Gallery and Axe Room after axe throwing for the first time in Canada.

"It was so much fun it's so easy to learn how to do it," Lalor says.

Axe throwing is pretty popular in Canada, and now that popularity is spreading across the United States.

"It's addictive," Lalor says. "It's just a new activity to try. If you've gone bowling before, throwing darts before, honestly it's just a new sport that you can spend a Saturday with your friends doing."

For Lalor, safety is almost more important than fun.

"You are going to be standing side-by-side inside one of the cages throwing," Lalor explains to the group. "We want you guys to be doing everything as a pair."

That's to make sure no one catches an ax on accident and can focus on hitting the target.

Rachel Fenn was a little apprehensive at first.

"I was a little confused how I was actually going to get this heavy axe to hit the target in front of me," Fenn explains.

But she got the technique down pretty quickly.

It's safe to say axe throwing not only broke the ice for these two teams. But shattered any preconceptions they had about axes.

"I don't think I'm going to get one of these in my house but we will be down here regular," Johnson says.