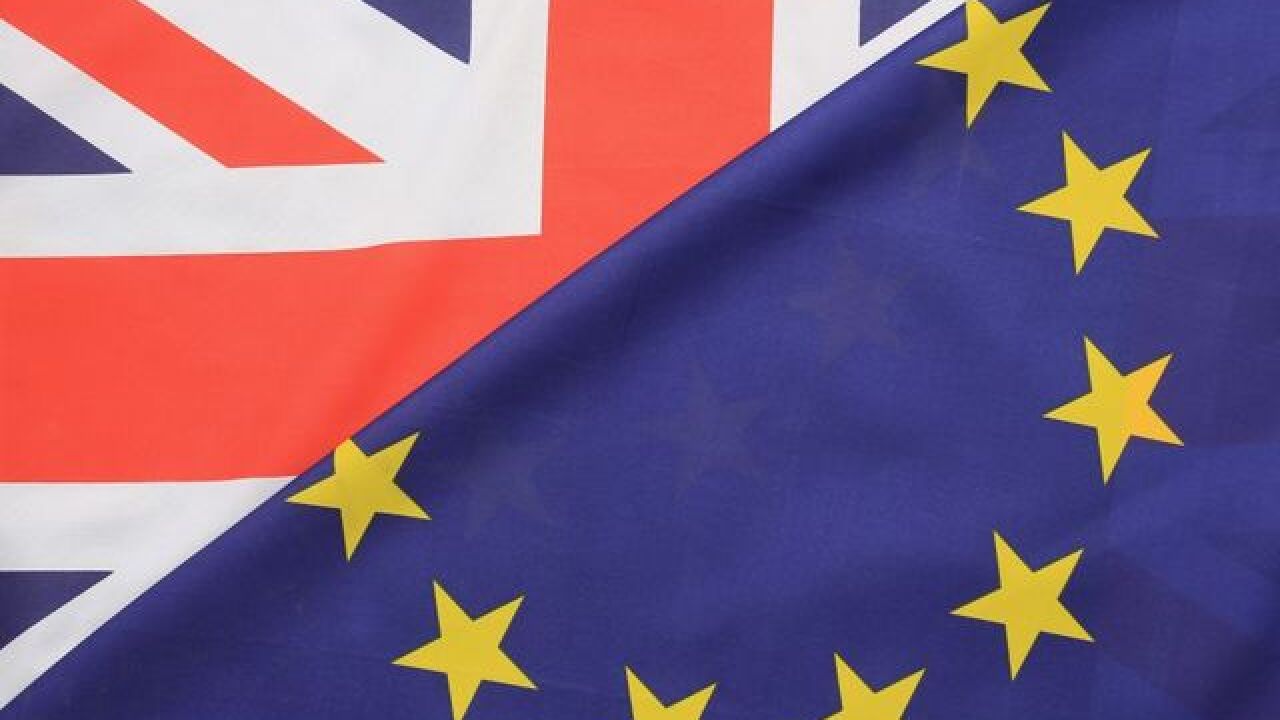 By: Associated Press
Posted at 9:18 PM, Jun 27, 2016
HONG KONG (AP) — Most Asian stock benchmarks slipped on Tuesday as Britain's vote to quit the European Union and its messy aftermath continued to reverberate throughout global financial markets.
Markets have been roiled by the result of last week's vote, which also sent the pound to its lowest level in three decades. The turmoil and uncertainty over the decision to leave the EU prompted ratings agencies Standard & Poor's and Fitch on Monday to strip the UK of its top-shelf credit rating.
Japan's benchmark Nikkei 225 index lost 0.4 percent to 15,248.28 while South Korea's Kospi added 0.2 percent to 1,929.68. Hong Kong's Hang Seng Index fell 1 percent to 20,032.68 while the Shanghai Composite Index in mainland China slipped 0.4 percent to 2,885.72. Australia's S&P/ASX 200 fell 1.3 percent to 5,072.80.
Benchmarks in Taiwan, Singapore and Indonesia rose but in Malaysia and the Philippines they fell.
"Trading in the near term is likely to be dominated by the Brexit fallout as global markets assess their exposure to Europe," said Alex Furber of CMC Markets in Singapore.
Britons voted last Thursday to leave the EU over concerns including immigration and regulation, an unprecedented move that stunned financial markets and triggered waves of selling on Friday and Monday.
The results sent the British pound sliding. On Monday it fell another 3.5 percent to hit a new 31-year low of $1.3199.
The yen also surged as investors fled risky assets in favor of the currency, which is considered a haven and is now at its strongest level in two years. The dollar rose to 101.99 yen from 101.90 in late trading Thursday. The euro strengthened to $1.1044 from $1.1020.
Benchmark U.S. crude rebounded 43 cents to $46.76 a barrel in electronic trading on the New York Mercantile Exchange. The contract slid $1.31, or 2.7 percent, to settle at $46.33 a barrel on Monday. Brent crude, used to price international oils, rose 48 cents to $47.64 a barrel in London.
On Wall Street, the Dow Jones industrial average lost 1.5 percent to close at 17,140.24. The S&P 500 index slid 1.8 percent to finish at 2,000.54 and the Nasdaq composite fell 2.4 percent to 4,594.44.
Copyright 2016 The Associated Press. All rights reserved. This material may not be published, broadcast, rewritten or redistributed.