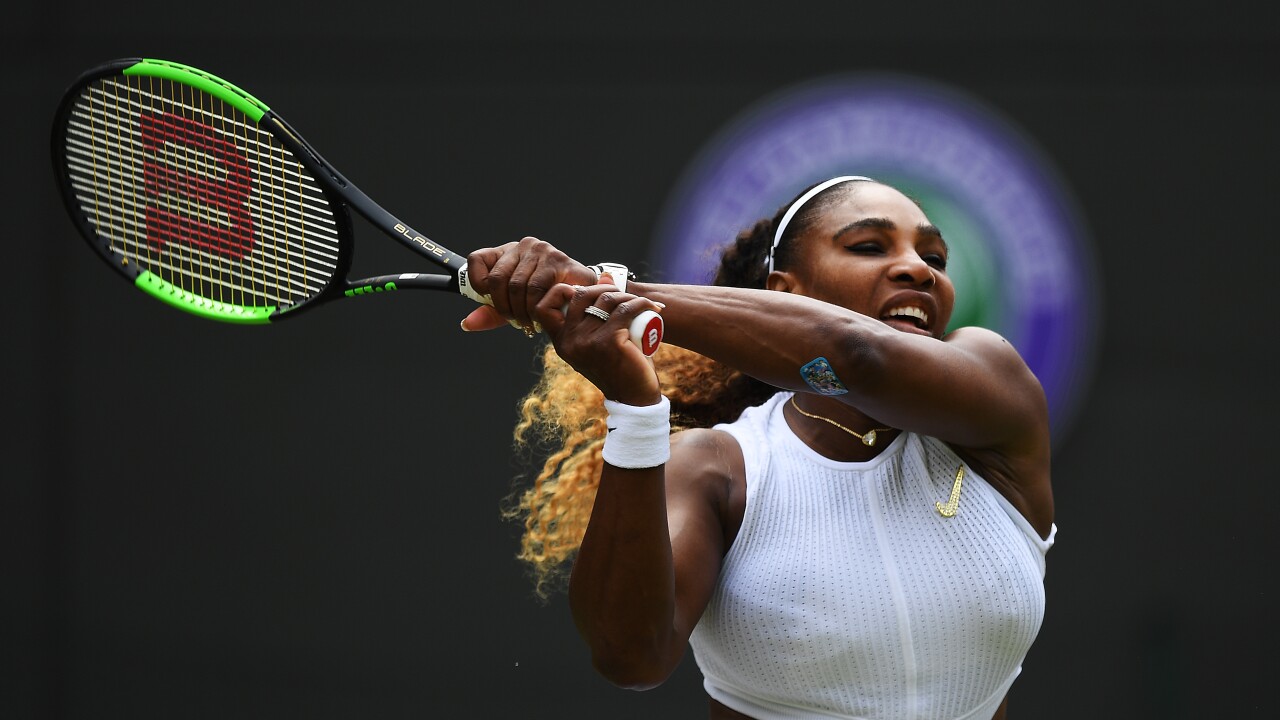 (CNN) -- Coco Gauff's Wimbledon fairytale finally came to an end with a fourth-round defeat by world No. 1 Simona Halep.

The 15-year-old American qualifier had taken the tournament by storm after her first-round win against Venus Williams, but her remarkable run was halted 6-3 6-3 by Romania's Halep Monday.

The beginning of Wimbledon's second week is known as "Manic Monday" when all 16 remaining players in the men's and women's singles draws compete.

READ: Larrikin or liability -- Is Nick Kyrgios good for tennis?

Gauff's story had touched the tennis world, especially as she defied her inexperience to save two match points in victory against Polona Hercog in round three, but in Halep she found a player surging back to the top of her game.

The Romanian won the French Open last year and was world No.1 as recently as January before being eclipsed by Naomi Osaka and then Barty.

"I am really happy I can play in the quarter finals again, it's one of my favorite tournaments," she told BBC Sport.

"I enjoyed the crowd, the energy. I felt it really well and I felt the public enjoyed the match.

"I am not comparing myself with last year, that was the best because I won the French Open. I want to win every match I play - I try to be a better person on and out of court."

World No.55 Riske, whose previous best grand slam result was a fourth-round defeat at the 2013 US Open, said she was "proud" of herself for reaching the quarter finals for the first time.

"I couldn't begin to say what it means to me," she told BBC Sport. "To have overcome the matches the way I have is what I'm most excited about. Getting to the quarter finals is amazing but what's most exciting for me is the way I've been fighting.

"I love being at Wimbledon. Today I told my fiance, 'I don't want Wimbledon to end'."

Barty said going out in the fourth round was "nothing to be sad about."

"For us it's been an incredible journey to get to this point but it hasn't changed our approach," she said.

"Every day I try my best and that's all I can do. Obviously it's bittersweet at the moment but nothing but positives from us."

READ: Roger Federer: The power and presence of the $120 million man

READ: The Borg identity: Following in the footsteps of a famous father

The 37-year-old Williams has only played five tournaments this season because of a knee injury, but she insists she is fit and hungry for a first Wimbledon title since 2016. She lost in the final to Germany's Angelique Kerber last year, but one more grand slam victory would tie Margaret Court's all-time record of 24 victories.

"I always get excited, I'm a really pumped up player, of course I still want it or else I wouldn't be here," she told BBC Sport.

"I've had more matches this week than literally the last five months, and now I'm feeling better physically it's almost relief more than anything."

Williams is also playing mixed doubles with two-time men's champion Andy Murray and she says it's good for her game.

"I think so, I really need the matches and what better a person to play at Wimbledon with than Andy Murray, so I'm really excited."

Spain's Nadal, playing for the first time since clinching that record-extending 12 French Open title last month, made short work of Sousa as he targets a first final appearance since 2011.

The 33-year-old's knee problems have been a hindrance on the low-bouncing grass over the years but he has shown a new lease of life on the surface of late and lost a five-set semi final thriller to Djokovic last year.

"Last year was a great year, I have been very close to winning," Nadal, the 18-time grand slam winner, told BBC Sport .

"I am happy to be where I am, the body is holding well and I'm playing some good tennis."