As government shutdown nears, health care, border wall on the line this week 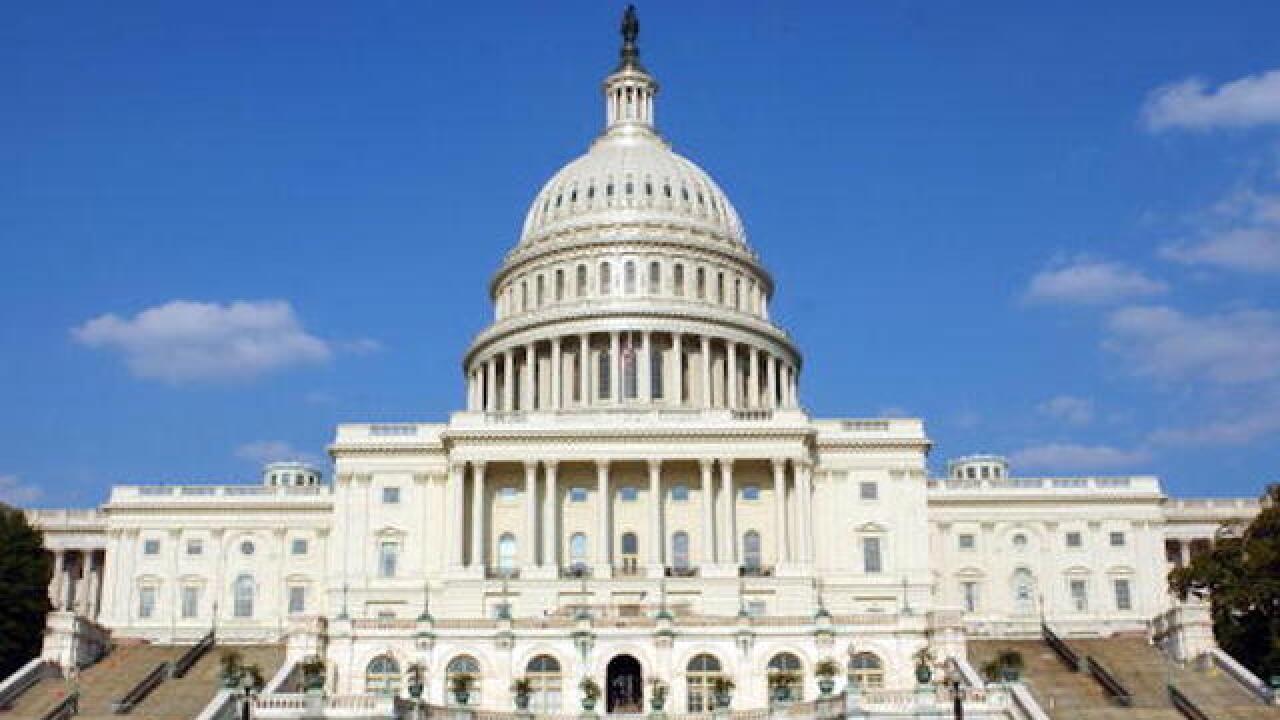 Image copyright 2017 Getty Images. All rights reserved. This material may not be published, broadcast, rewritten, or redistributed.
Stefan Zaklin
<p>WASHINGTON - JUNE 5: The U.S. Capitol is shown June 5, 2003 in Washington, DC. Both houses of the U.S. Congress, the U.S. Senate and the U.S. House of Representatives meet in the Capitol. (Photo by Stefan Zaklin/Getty Images)</p>

But there are still obstacles to passing a spending bill by Friday, sources tell CNN.

Congressional negotiators are now trying to work through another major issue: what to do about cost-sharing reduction payments, money the government pays to health insurers to reduce the out-of-pocket costs of low-income people. The payments are a major way Democrats ensured low-income people would be covered under the Affordable Care Act, but with a new Republican administration, their future is uncertain.

White House budget director Mick Mulvaney said on CNN's "The Lead with Jake Tapper" that Trump would be willing to sign a bill without money for the border wall and stave off the threat of a government shutdown.

"We just thought that it would be a good first step to get these things that everybody agrees on and take that idea of a government shutdown off the table," Mulvaney said.

He said he hoped that would be enough to keep the government running, but had yet to hear back from Congressional Democrats. Mulvaney also said Democrats had made their request on Obamacare subsidies too late in the negotiating process.

"They dropped this Obamacare bailout, these insurance company payments, about two weeks ago," Mulvaney said. "These are things they've brought to the table very late."

Without the payments, health insurers would likely pull out of the Obamacare marketplace and could leave many Americans without a choice of insurers, but the payments are politically fraught. They are the subject of a lawsuit between House Republicans and the Obama administration that President Donald Trump inherited. Trump has waffled over whether Republicans should make them at all, even as Republican leaders on Capitol Hill have signaled they are necessary to stabilize the insurance market.

Democrats want assurances in the spending bill that Republicans will continue making the payments. A senior Democratic aide told CNN that "the position of House and Senate Democratic negotiators is that the omnibus must include the CSR language."

Insurers are also desperate to get some clarity on the issue and make sure the administration continues making the payments.

But, Republicans argue that the payments are part of mandatory spending and therefore shouldn't be part of the negotiations.

The CSR payments are just the latest snag to roil the spending negotiations. There is a growing possibility on Capitol Hill that lawmakers may need to fall back on a week-long funding bill to avoid a shut down and keep the negotiations moving forward.

On Tuesday afternoon Senate Majority Leader Mitch McConnell remained coy about what he would do.

"I don't want to start talking about a short-term CR on a Tuesday. We're hoping to reach an agreement in the next few days on how to process the entire bill through Sept. 30, and I don't want to speculate about whether that can actually clear this week," Sen. Mitch McConnell told reporters Tuesday afternoon.

Over the recess, Republicans and Democrats worked carefully to craft a must-pass spending bill that all parties could agree on and could be signed by the President, but the delicate negotiations have hit a few roadblocks in recent days.

With just days to go before the government runs out of money, Trump's mixed messages on a border wall, sources tell CNN, may not ultimately doom the bill, but they certainly caused consternation on Capitol Hill.

"The President and his advisers are every day, I think learning new lessons about how delicate and complicated this process is. And, it's a whole lot more art and balance than it is science," one Republican senator said noting that it will be imperative to watch the administration over the next few days.

"Let's see how the White House deals with the next day or so," the member said. "Either we come to an agreement or don't, but they seem to be working now to get an agreement."

The President continued to stand by his promise to build the wall Tuesday afternoon, though he did not specify when it would happen after being grilled by reporters.

It's not unusual for the White House to have a stake in the legislative agenda or try to influence it, but with a spending bill deadline only three days away, the confusion over the border wall was a complicating factor.

Sen. Lindsey Graham, a Republican from South Carolina, said Trump's interest in legislating is a good thing, but he did offer a warning.

"He's put a focus on border security unlike any other president. That's a good thing. Just don't overplay your hand," Graham said.