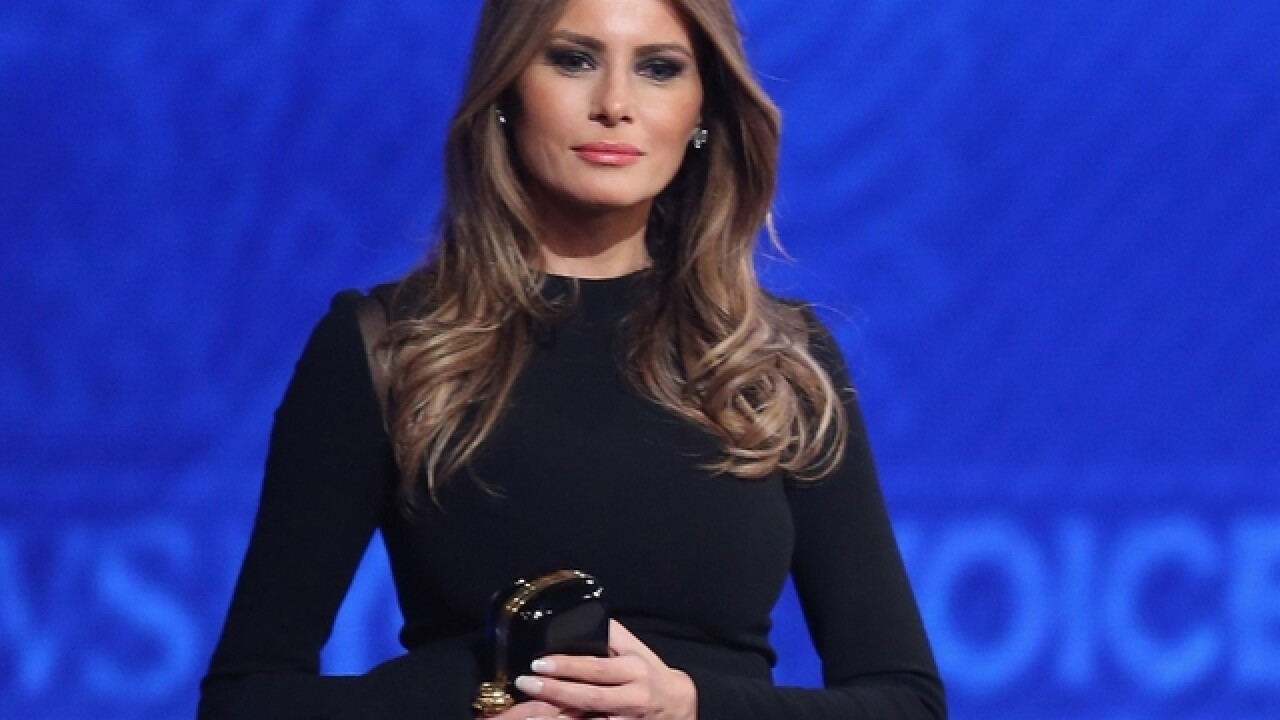 As first lady, Melania Trump says she would be willing to lead an effort to combat bullying and negativity on social media.
Melania on Monday said in an interview with CNN that she was worried about cyber bullying and its impact on children, expressing concern for her 10-year-old son, Barron.
“I see now in 21st century, the social media, it's very damaging for the children,” she said. “We need to guide them and teach them about social media because I see a lot of negativity on it and we need to help them. “
It’s a comment that’s been met with skepticism considering Melania’s husband, Republican presidential candidate Donald Trump, has frequently used social media to unleash attacks on critics and political opponents.
Copyright 2016 Scripps Media, Inc. All rights reserved. This material may not be published, broadcast, rewritten, or redistributed.