Artists and entrepreneurs teaming up to fight for more disability rights

Movement happening during 30th anniversary of Americans with Disabilities Act

Artists and entrepreneurs teaming up to fight for more disability rights 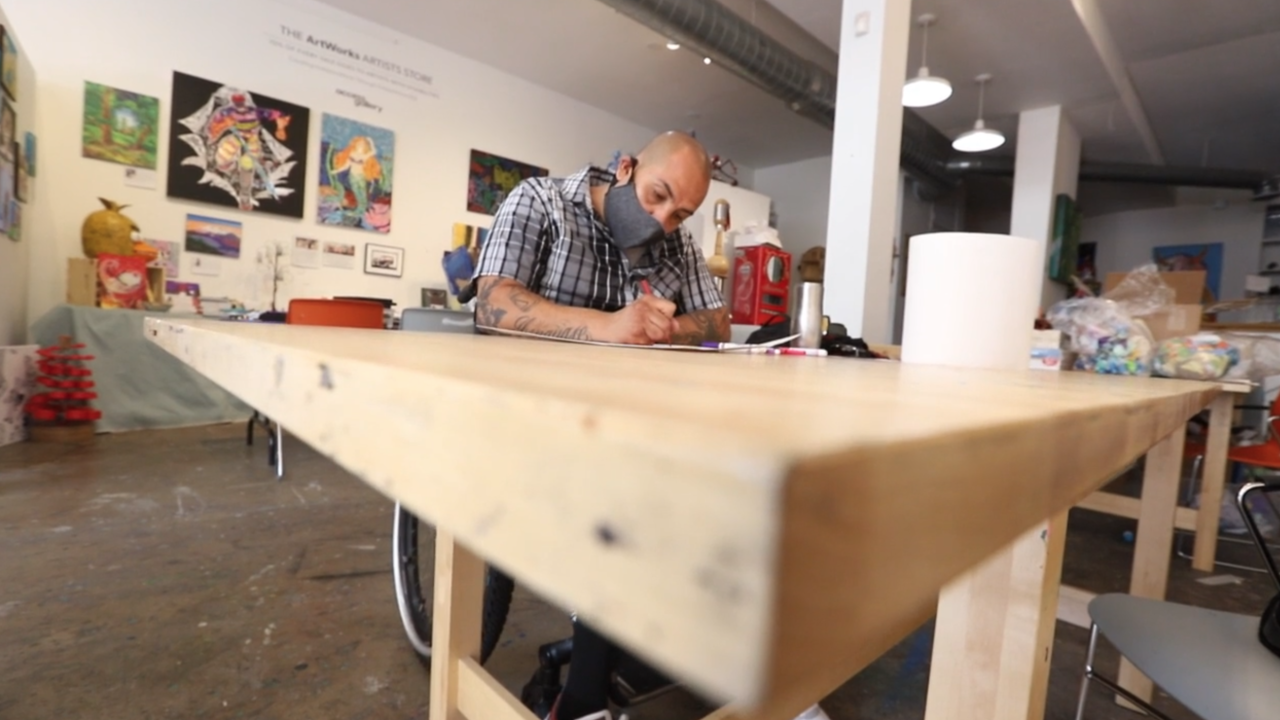 After a gunshot wound to the back paralyzed him, Javier Flores turned his anger into art.

“For me it’s a meditative process,” he said. “It’s a way I can focus something bigger than myself.”

Learning to overcome his own obstacles, Flores is now fighting for more disability rights around the world.

“As an artist, I feel it’s art job to provoke and insight dialogue and conversation,” he said.

Conversation about the United States' failure to ratify the Convention on the Rights of Persons with Disabilities, an international human rights treaty intended to protect the rights and dignity of persons with disabilities.

“I’m disabled and so for me it’s a slap in the face,” Flores said. “I felt like it was an injustice and so it’s one of the things I wanted to carry out through the aesthetics of cubism.”

With help from his art students at Access Gallery, Flores created a piece titled “Really?” in an attempt to bring awareness to his fight.

“The image is an adaptation of Pablo Picasso’s “Guernica,” Flores said of the artwork. “Instead of the horse, there’s a seeing eye dog. There’s people of different disabilities and abilities represented.”

Now his artwork is on display at an unusual gallery: a pizza shop

“It’s a way to kind of highlight the 30th anniversary (of the Americans with Disabilities Act) and hopefully bring attention to the cause,” Donato said.

Thirty years after the ADA was signed, Pizzeria Locale is now donating 33% of its revenue to Access Gallery during a fundraiser.

“Currently, we have three locations so it’s a pretty good chunk of change we hope,” Donato said.

Change that Flores says can help inspire art, emotion and more help for those living with disabilities.