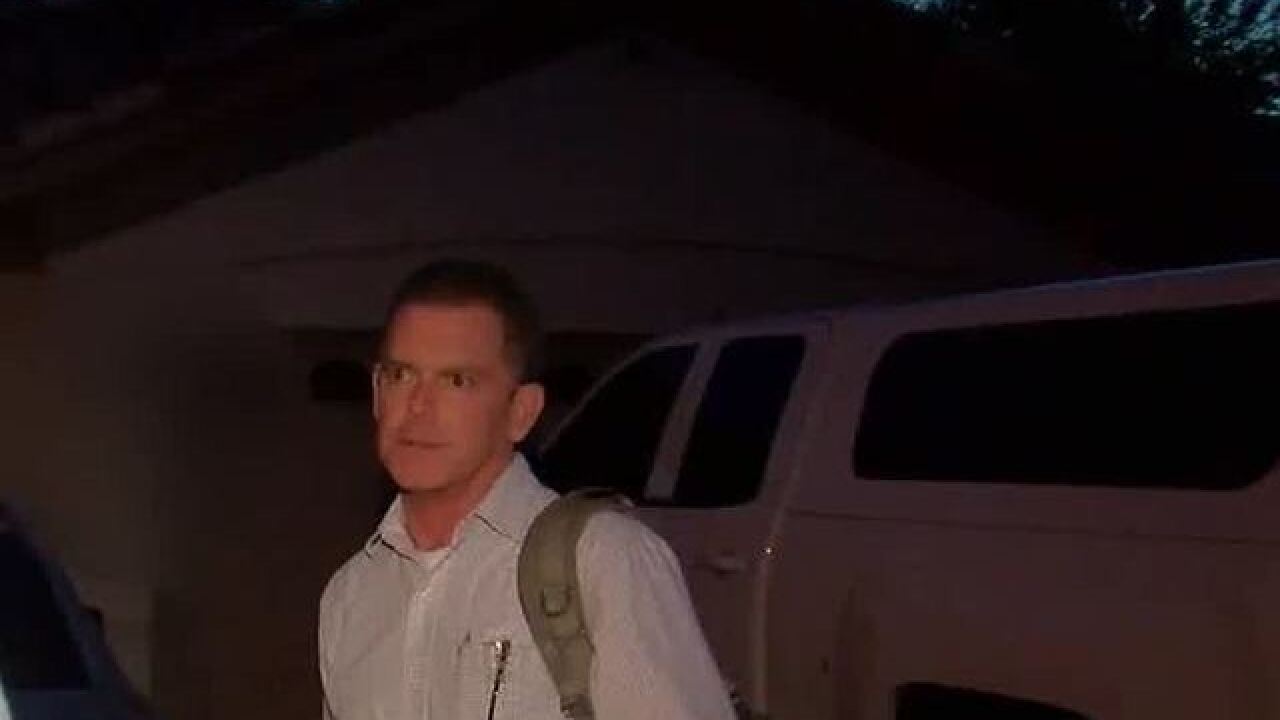 Copyright 2018 Scripps Media, Inc. All rights reserved. This material may not be published, broadcast, rewritten, or redistributed.
Lupiani, Joyce

An Arizona man who sold ammunition to gunman in the mass shooting at a Las Vegas country music festival is being charged for illegally manufacturing armor-piercing bullets.

Douglas Haig, who had been called a person of interest in the investigation, faces a charge of conspiracy to manufacture and sell armor-piercing ammunition while not being licensed to do so. According to a criminal complaint filed Friday, unfired bullets found in shooter Stephen Paddock's hotel room had Haig's fingerprints.

Haig said in a press conference Friday that Paddock didn't raise suspicions that he planned to commit any crimes. Later Friday, he appeared in federal court in shackles with his lawyer, Marc Victor. The judge ordered him to surrender his passport, guns, ammunition and tools used to manufacture ammunition.

He appeared this afternoon before U.S. District Court Magistrate Judge Michelle H. Burns and was released on a bond with conditions pending a status conference regarding scheduling of a preliminary hearing on Feb. 15 in Phoenix.

If convicted, he faces the statutory maximum penalty of five years in prison, a $250,000 fine, or both.

Haig met Paddock for the first time at a gun show in Las Vegas on Aug. 27 when Paddock purchased several packages of ammunition. Paddock then met Haig again at a Phoenix gun show on Sept. 9.

According to the criminal complaint, Paddock had tried to buy bulk ammunition at the show, but the transaction could not be completed because the show was closing for the day. Haig and Paddock exchanged numbers and agreed to coordinator Paddock's future purchase of ammunition. The complaint states that Haig spoke to Paddock on Sept. 19 and provided him directions to his Mesa, Arizona, residence, where the sale was later completed.

The ammunition was put in an Amazon box that was later found in Paddock's room at Mandalay Bay hotel-casino after the shooting at the Route 91 Harvest Festival.

While Haig does not have a license to manufacture armor-piercing ammunition, he had a website where he sold specialized military ammunition, including armor piercing ammo, according to the criminal complaint. The website was later taken down.

In addition, armor-piercing ammunition was found during a search of Haig's Mesa residence.