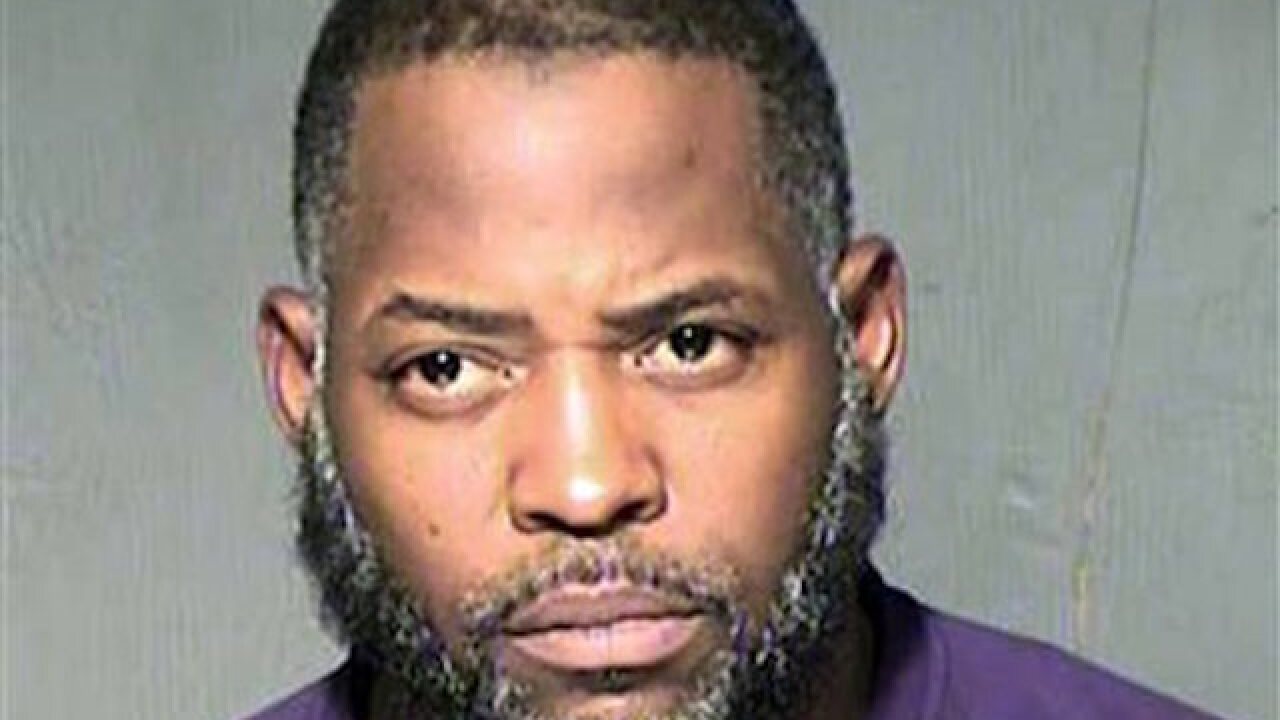 Uncredited
<p>FILE - This undated law enforcement file booking photo provided by the Maricopa County, Ariz., Sheriff's Department shows Abdul Malik Abdul Kareem. Attorneys are scheduled to make closing arguments Friday, March 11, 2016, at the trial of an Arizona man charged with plotting an attack at a Prophet Muhammad cartoon contest in Texas. Kareem is accused of providing the guns used in the May 2015, attack in a Dallas suburb. (Maricopa County Sheriff's Department via AP, File)</p>

PHOENIX (AP) — A jury on Thursday convicted an Arizona man of conspiring to support Islamic State in one of the first trials in the U.S. involving charges related to the terrorist group.

Abdul Malik Abdul Kareem also was found guilty on other counts stemming from an attack last spring at a Prophet Muhammad cartoon contest in Texas. Kareem was stoic when the verdict was read.

Authorities said Kareem bankrolled and motivated two Islamic State followers who were killed in a shootout with police while trying to carry out a rampage at the anti-Islam event in suburban Dallas.

Kareem also was convicted of providing guns used in the May 3 attack. Authorities say he and the two gunmen, Elton Simpson and Nadir Soofi, had researched travel to the Middle East to join Islamic State fighters.

It was one of the first times a person was tried in the U.S. on charges related to the group. A trial in New York recently ended with a guilty verdict against a U.S. military veteran charged with attempting to join Islamic State.

Kareem's attorney, Daniel Maynard, declined to comment after the verdict. The U.S. attorney's office, which prosecuted the case, had no immediate comment. Sentencing was set for June 27.

Prosecutors say Kareem hosted Simpson and Soofi at his home to discuss the plot and went target-shooting with them in the Arizona desert.

The 44-year-old moving company owner testified that he had no knowledge beforehand that his friends were going to attack the contest featuring cartoons deemed offensive to Muslims. He insisted that he didn't even know about the event until after Simpson and Soofi were killed.

It's unknown whether the attack was inspired by the Islamic State or carried out in response to an order from the group.

Prosecutors said Kareem tried to carry out an insurance scam to fund a conspiracy to support the Islamic State group and attempted to indoctrinate two teenage boys in his neighborhood on radical jihadism.

They also say Kareem, Simpson and Soofi initially wanted to blow up the Arizona stadium where the 2015 Super Bowl was held, but when that plan failed, they set their sights on the cartoon contest.

Kareem told jurors that he evicted Simpson from his home because he believed Simpson was putting tracking devices in his car. He also said he strongly disapproved of Simpson using Kareem's laptop to watch al-Qaida promotional materials.

Stefan Verdugo, one of Kareem's former roommates, testified that Kareem wanted to get revenge against people who portrayed the Prophet Muhammad in drawings and had inquired about the types of explosives that would be needed to blow up the stadium.

Defense attorneys attacked Verdugo's credibility by pointing out that he is in jail on a sex trafficking charge.