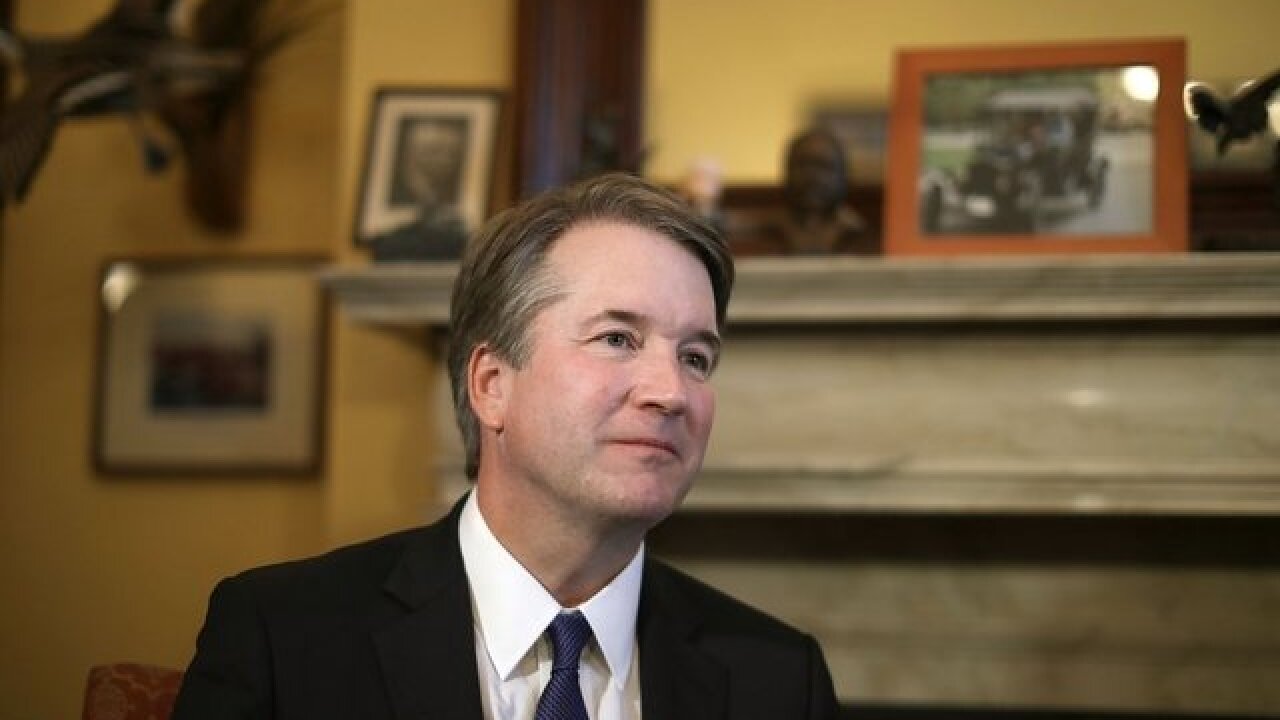 DENVER – A woman anonymously sent a letter to U.S. Sen. Cory Gardner, R-Colo., last weekend alleging that her daughter’s friend was forced “aggressively and sexually” up against a wall after an evening of drinking in 1998 by Supreme Court nominee Brett Kavanaugh, but he has again vehemently denied the allegations.

The fourth allegation against Kavanaugh , which also involves a Colorado tie, comes from a transcript of an interview done by a Senate Judiciary Committee staffer with Kavanaugh on Tuesday afternoon. NBC News first reported the new allegation and the letter to Gardner's office.

Casey Contres, a spokesman for Gardner, said the office received the letter on Monday, Sept. 24 and that it contained no names, address or contact information.

“Upon receiving the letter we immediately notified the Senate Judiciary Committee, which is handling the confirmation of Judge Kavanaugh. The letter was shared with both Republican staff and Democrat staff,” Contres said in a statement. “Due to privacy regarding mail that comes into our office, we do not share the content of correspondence. Additionally, this anonymous letter contained no name or contact info so our office is unable to contact the individual that sent the anonymous letter.”

In the transcript, the interviewer notes that the letter had been sent from Denver. The letter, which can be read here , was dated Sept. 22.

In the transcript, Kavanaugh says he has reviewed the letter, after which the interviewer details the allegations within it.

The alleged incident happened while Kavanaugh was working on the Starr Report in 1998, according to the interview. Kavanaugh was part of Ken Starr’s team that investigated allegations against then-President Bill Clinton.

According to the transcript, the letter read as follows:

“Her friend was dating him, and they left the bar under the influence of alcohol. They were all shocked when Brett Kavanaugh shoved her friend up against the wall very aggressively and sexually. There were at least four witnesses, including my daughter. Her friend, still traumatized, called my daughter yesterday, September 21, 2018, wondering what to do about it. They decided to remain anonymous.”

The interviewer then asks Kavanaugh if those events occurred.

“No, and we’re dealing with an anonymous letter about an anonymous person and an anonymous friend,” Kavanaugh replied, according to the transcript. “It’s ridiculous. Total twilight zone. And no, I’ve never done anything like that.”

The interviewer then asks Kavanaugh pointed questions about whether he ever shoved a woman against a wall after leaving a bar, if he ever behaved violently toward a woman, or if he ever recalled socializing with a woman from Boulder while he was working on the Starr investigation. He replied, “No,” each time.

When he was asked if he recalled dating a woman hit fit the description given in the letter, the interviewer noted that no further details were given, to which Kavanaugh said: “Well, then I don’t know what I’m responding to then.”

The interviewer says they want to allow Kavanaugh to respond to all the allegations against him, including new ones brought by Michael Avenatti.

“I think this is – this is crazy town. It’s a smear campaign,” Kavanaugh responded, going on to detail how he has long been a public figure who has undergone numerous FBI background checks. He also claimed that the allegations could be “coordinated” and that people were “trying to take down [his] family.”

“The committee has received four separate allegations related to you and sexual misconduct. Is there a kernel of truth in any of these allegations?” the interviewer then asked.

“No. Are we going to talk Rhode Island?” Kavanaugh responded before the interviewer went into other allegations involving an alleged rape in Rhode Island.

Kavanaugh will be questioned again Thursday in front of the Senate Judiciary Committee, as will the first woman who accused him of sexual misconduct, Dr. Christine Blasey Ford.

Deborah Ramirez, a Colorado woman who has also accused Kavanaugh of sexual misconduct stemming from an alleged incident while they were in college, is not expected to testify, though her attorney continues to push for an FBI investigation of her allegations.