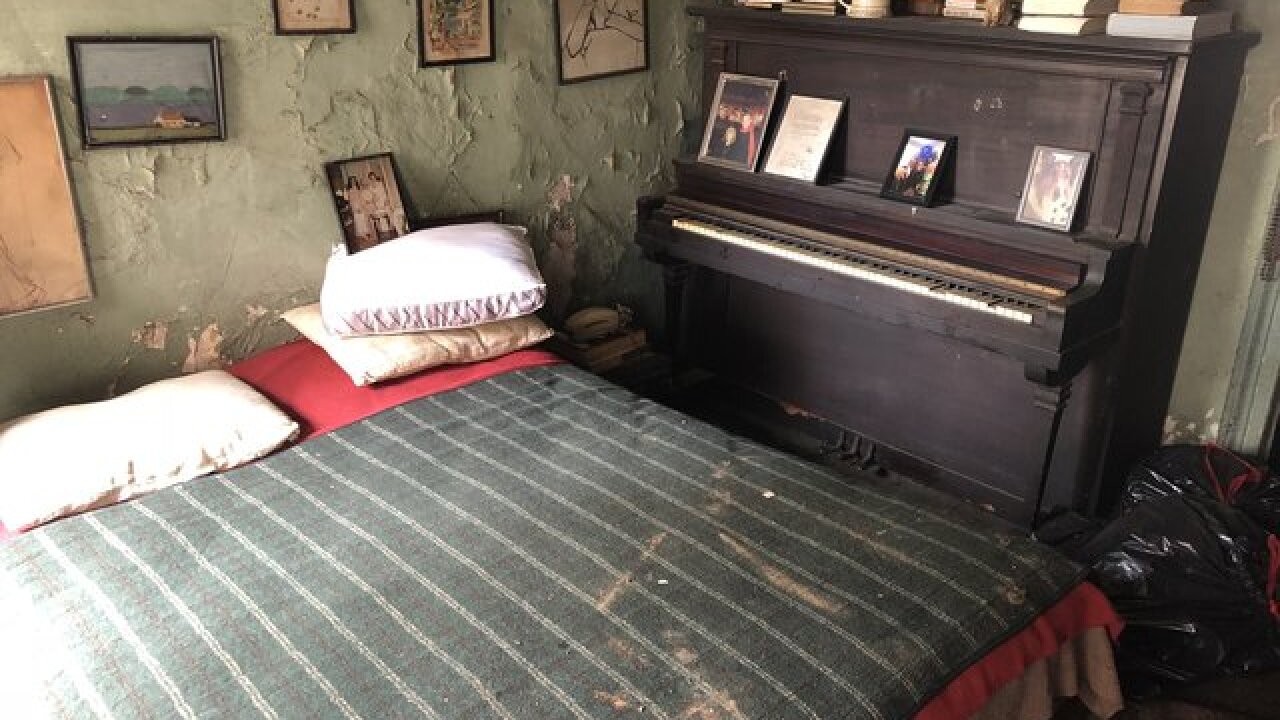 © 2018 Cable News Network, Inc.
Lawrence Crook/CNN
<p>New York City is hugely expensive. But until March of this year, one woman was lucky enough to occupy a two-bedroom apartment in Greenwich Village -- one of the city's most desirable neighborhoods -- for the astonishing rent of $28.43 a month.</p>

New York City is hugely expensive. But until March of this year, one woman was lucky enough to occupy a two-bedroom apartment in Greenwich Village -- one of the city's most desirable neighborhoods -- for the astonishing rent of $28.43 a month.

Patricia O'Grady moved to New York in 1955 to pursue a career as an actress. She and three girlfriends found a modest 2-bedroom apartment on the top floor of a four-story, mixed-use commercial building.

It was a pretty sweet deal. In exchange for sweeping the hallways and keeping the building tidy, they paid $16 a month in rent.

The years went by and her roommates eventually moved out, but O'Grady stayed. And stayed. And why not? Over some 60 years her rent-controlled apartment remained incredibly affordable.

In March, O'Grady was taking a walk near her home when she was struck by a car and killed. She was 84. With her passing, news began to spread about the longtime Greenwich Village actress -- and her rent-controlled apartment.

"I want to see that on paper. It doesn't seem possible," Gary Nurenberg, a realtor who specializes in downtown Manhattan, told CNN. "I just rented one (2-bedroom) not too long ago in that area for about $5,000," he added. "They can go up to $7,000, depending on the size of the bedrooms."

O'Grady's most recent landlord was Adam Pomerantz, who told CNN he bought the building in 2002 and was surprised to learn that one of his tenants was paying such a low rent.

The previous owner had passed away several years before and the executor of the estate told Pomerantz that he never raised O'Grady's rent because he liked her so much and that the two were great friends.

When Pomrenatz purchased the property, O'Grady was paying $26.45 a month. He looked into whether or not this was legal and his lawyer advised him it was because of rent-stabilization laws, but that he could raise her rent a whopping $1.98 a month.

He asked O'Grady if she would consider moving out and she replied, "No I would not. And please don't ask me again, Mr. Pomerantz."

Pomerantz did raise O'Grady's rent by $1.98 and could have raised it more every year under the law. But he chose not to as the two became friends.

"She was just a very kind woman. She was a customer in my store," said Pomerantz, who owns Murray's Bagels in the adjacent building. "Overall, she was just a wonderful tenant."

According to her paid obituary in The New York Times, O'Grady had a 50-year career in the theater -- mostly small roles in Off-Broadway plays. She studied with legendary acting teacher Uta Hagen, appeared in TV soap operas and had small, uncredited roles in "Next Stop Greenwich Village," "Taxi Driver" and other films.

She didn't earn much as an actress, but she didn't need to.

The obituary says one of her friends once described her apartment as a "dump with character."

When Pomerantz unlocked the front door to show the place to CNN, he struggled a bit to push it open because there were bagged items all over the floor behind it.

At first glance it became obvious that the apartment is in dire need of a full makeover. Everything from floor to ceiling will need to be replaced and modernized.

When Pomerantz bought the property, he tried to get inside to see it several times, but Ms. O'Grady politely declined to let him in. It wasn't until 2005 that he finally saw the unit for the first time. A pipe burst inside her place and began to leak into the neighbor's apartment downstairs, forcing her to allow him in.

That's when he noticed that O'Grady's apartment had no heat or hot water.

He pleaded with her to let him install a hot water heater, but she refused.

"She would tell me, 'I'm not worthy of these repairs and these improvements. I don't pay enough in rent to warrant this ... I'm perfectly fine keeping it as it is,'" Pomerantz said.

Nevertheless, against O'Grady's wishes, he installed a $12,000 heating unit in the apartment -- the equivalent of about 35 years of her monthly rent payments.

"She never used it," Pomerantz said. Instead, O'Grady used the apartment's two fireplaces and stove to heat it during the winter.

Yes, the rent will go up

The apartment is still filled with O'Grady's knickknacks and trinkets, making it feel smaller than it is. Books and scripts -- many from plays she acted in -- are stacked high in every room. Photos of her and her sister, Roberta, hang on the walls alongside images from her career in acting.

Remarkably, there's no tub or shower in the unit. Pomerantz said O'Grady went to the local YMCA to shower every day.

Pomerantz says he plans to renovate the apartment over the next several months and put it on the market.