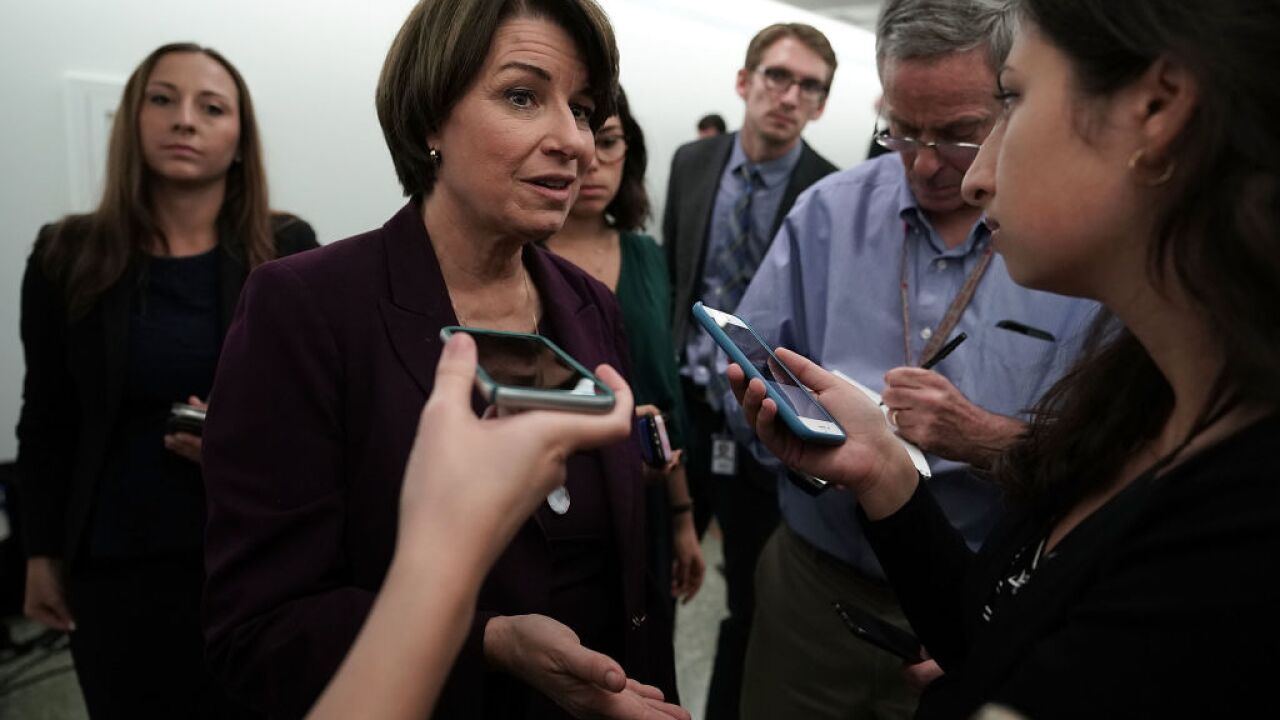 Amy Klobuchar is ending her Democratic presidential campaign and is set to endorse Joe Biden.

Her campaign says she is flying to Dallas and plans to join Biden at his rally Monday night.

The Minnesota senator is the third presidential candidate to drop out of the race in less than 48 hours, following Pete Buttigieg’s departure on Sunday and Tom Steyer's exit on Saturday. Their decisions reflect an urgent push among moderates to consolidate behind Biden as a counter to progressive rival Bernie Sanders.

Klobuchar outlasted several better-known and better-funded Democrats, thanks to a better-than-expected third-place finish in in New Hampshire. But she couldn't turn that into success elsewhere.

Sanders continues to lead all candidates with 60 pledged delegates. Klobuchar picked up seven delegates in the first four states.