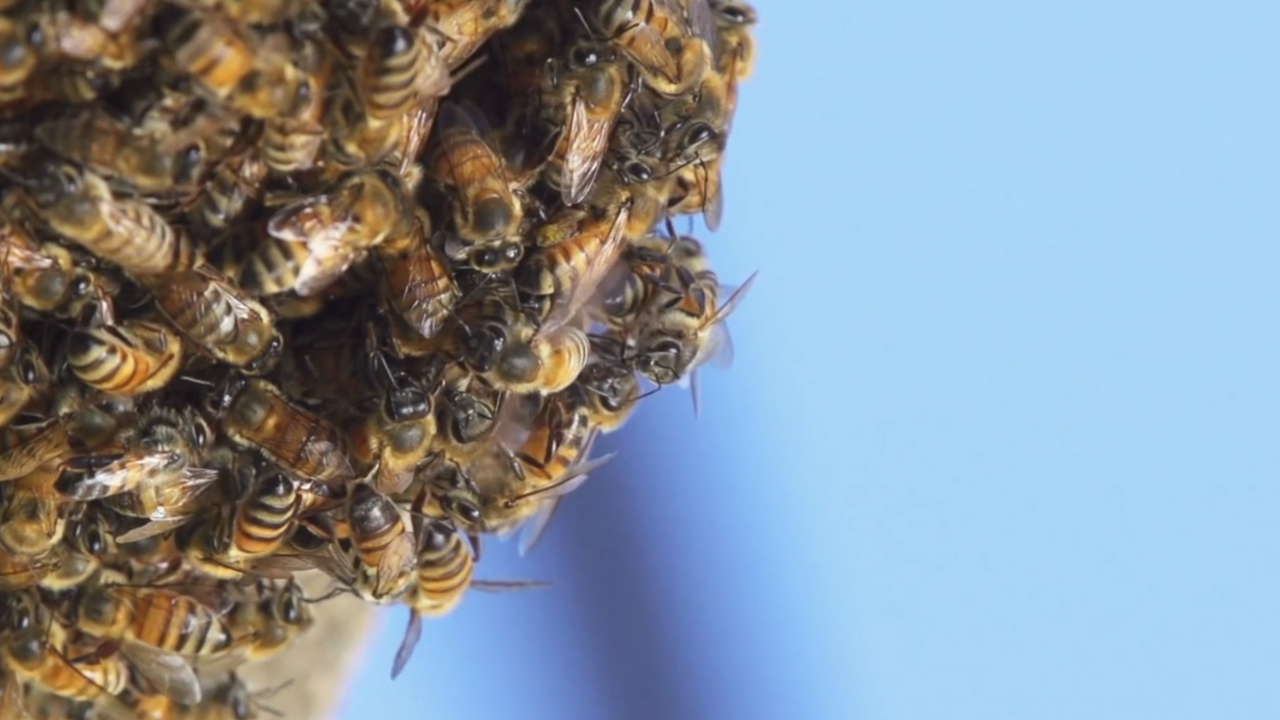 “The bees were actually quite aggressive to the point where it scared my kids to go to the restrooms,” said Warren Hahn who recently visited the park from Orange County, California.

That’s right, swarms of honeybees, so aggressive that several of the park’s campgrounds were recently closed for people’s safety.

“When we close the campgrounds, it’s a way for us to limit the interactions between the bees and our visitors,” said park ranger Ian Chadwick.

Chadwick says the bees are so desperate for water and shade in the California high desert that thousands of them will seek moisture anywhere, including some unusual places.

“Our bathrooms that have a lot of good shade,” he said. “Water isn’t plentiful in the desert and our toilets here actually do not have any running water.”

After studying these species of bees for decades, scientists now say this problem is linked to worsening weather.

“The reason it is a problem now and it wasn’t a problem 10-15 years ago is because of climate change and the increased aridity,” said Cameron Barrows, Ph.D., a research ecologist with the University of California Riverside.

Barrows says temperatures have been rising in deserts at alarming rates.

In Southern California’s Mojave Desert, where July averages a high of 100 degrees and less than a quarter inch of rain, this problem could sting for years to come.

“There’s more bees coming in all the time,” Barrows said. “So, it’s an ongoing maintenance issue. It’s not just a one time and you’re done.”

Despite the increase in activity, Chadwick says the number of reported bee stings is normal for this time of year.

While a bee sting may be painful, Chadwick said losing the bees would hurt the environment even more.