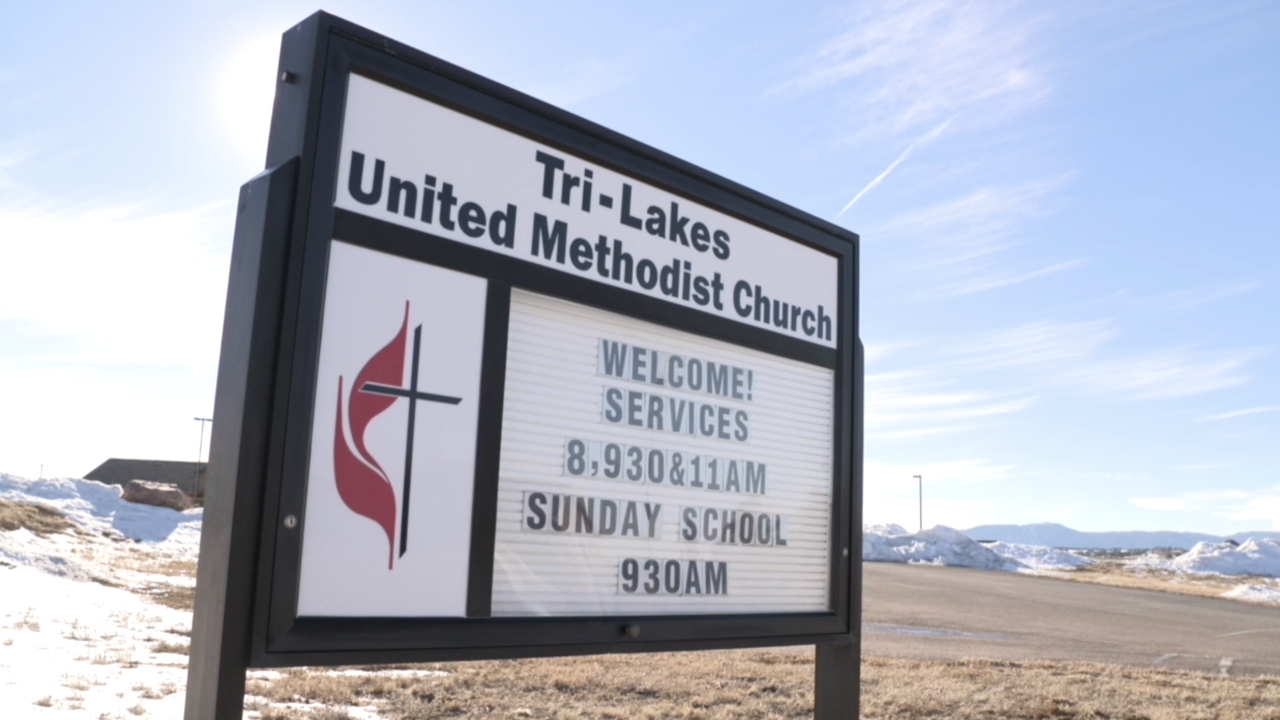 DENVER, Colo. – During Sunday morning service at Trinity United Methodist church in downtown Denver, the sermon was about acceptance.

From the pulpit, Senior Pastor Ken Brown preached about coming together, all while the denomination moves closer towards splitting in two.

"I would describe it as an opportunity for churches to discover a pathway to honor people as they’ve been designed and created by God,” he said.

For decades, the United Methodist Church has considered breaking up mainly over issues involving same-sex marriage and LGBTQ clergy.

The arguments reached a tipping point recently with a 16-member group of bishops and church leaders from across the world signing a proposal to move forward with the split. Now, Pastor Brown is calling this a “theological divorce.”

“In my heart I’m disappointed that we may have a split,” he said. “Yet, I’m encouraged that we’re creating a space for us to eliminate willful discrimination.”

Kaylor says with United Methodist Churches across the world and millions of members, this split could be painful but also provide relief.

“It’s almost like if you took a mongoose and a cobra and you toed them up in a burlap sack and you threw it in the river,” he said. “One of them is going to win that fight but both of them are going to drown.”

While these denominations have differing views, both believe this divide is what’s best for the church and people’s dignity.

“This agreement gives us the opportunity to not have that fight and allow us to go peacefully our separate ways while blessing one another along the way,” he said.

Before going their separate ways, church leaders will meet in May to vote on a final decision.