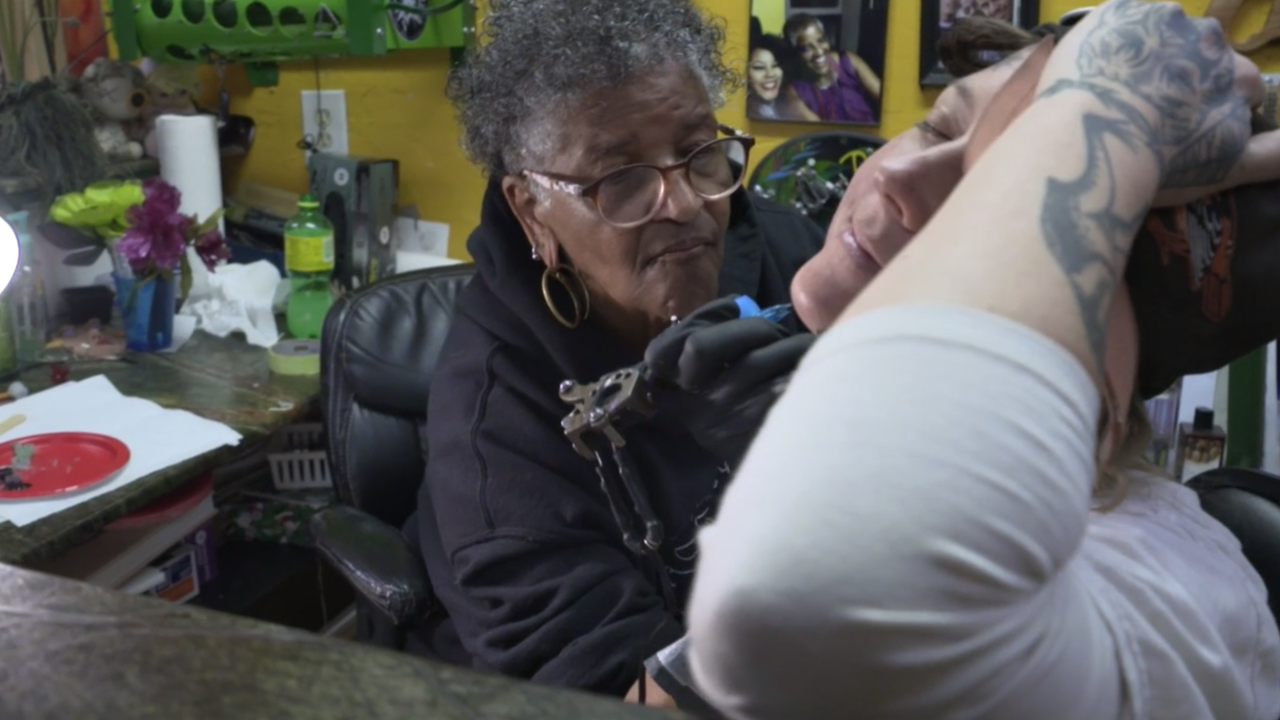 NEW ORLEANS, La. – In the middle of Mardi Gras and just a few blocks off Bourbon Street in New Orleans, there’s an ink master leaving permanent marks on multiple generations.

Jacci Gresham is known to many as America’s first black female tattoo artist.

When we met Gresham, she was tattooing the jawline of one of her workers.

“It’s an honor to get a panther from Jacci,” said the woman getting the tattoo. “Because she’s like the blackest panther of them all.”

Gresham started tattooing in an era when women – especially black women – weren’t involved or even respected in the industry.

Gresham gave her first tattoo in her home state of Michigan in 1972. After losing her job in the automotive industry, she moved to New Orleans and opened up what would become the city’s oldest tattoo shop – Aart Accent Tattoos and Body Piercing.

Along the way, Gresham estimates that she’s inked thousands of people from all kinds of cultures – including a member of the Ku Klux Klan.

“It was interesting to talk to somebody from a Klan’s person that would allow a black person to tattoo them,” she said. “And the reason why he allowed me to tattoo him – or so he said – was because I gave a good tattoo.”

“I see it every day here,” she said. “We do quite a cross section of people. I have black artists, white artists, Spanish artists. And people are looking for the art. They’re not looking at the who actually did the work.”

Now in her 70s, Gresham is still perfecting her craft while adding art to human canvases with the hope her impact lasts longer than the tattoo ink that runs skin deep.