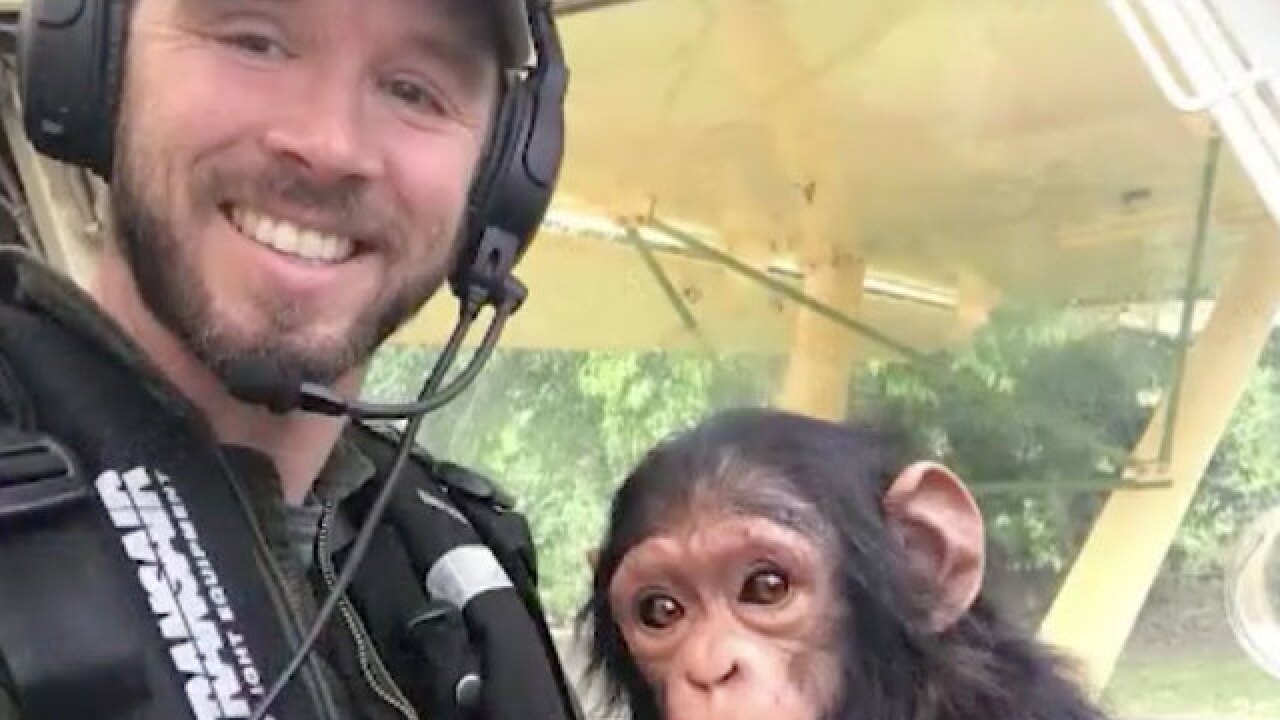 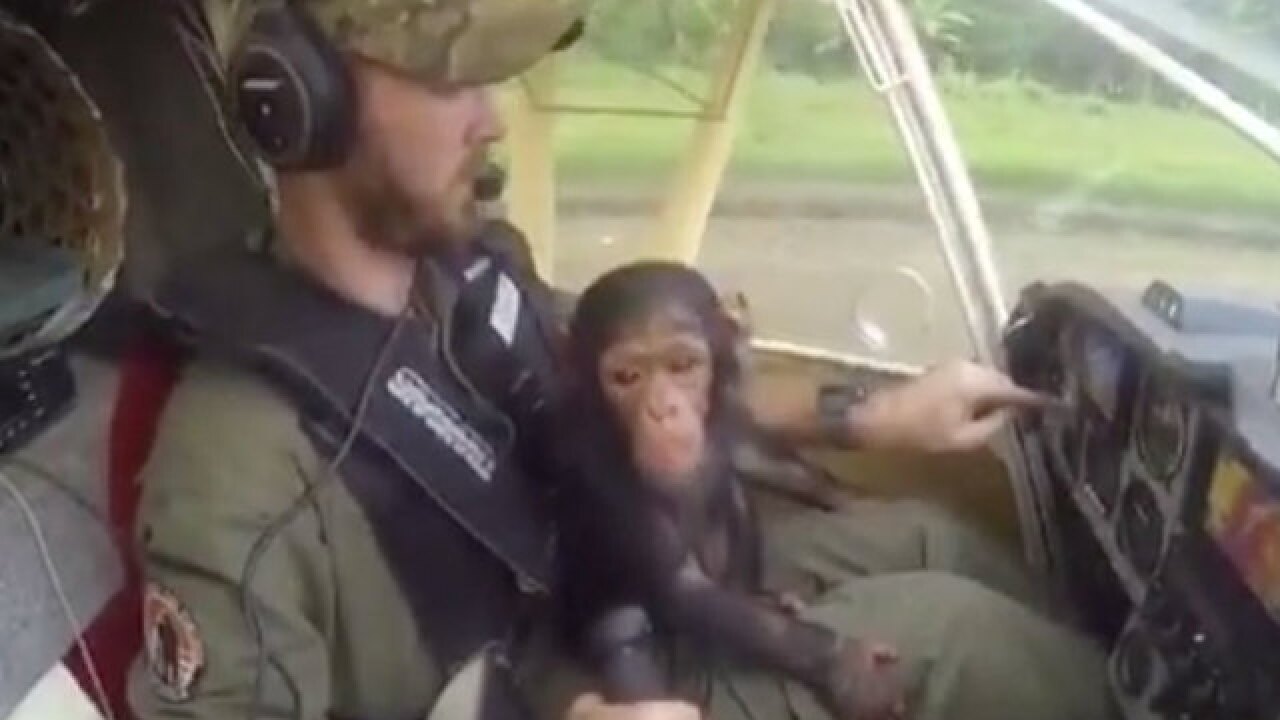 An adorable video of a baby chimpanzee flying to his new home after being saved from poachers in the Congo is going viral.

The organization Lwiro Primates, along with Virunga National Park, made it all happen.

The chimp, named Mussa, seems to enjoy his aerial ride, helping with the flight controls.

The cute primate also shares some tender bonding moments with the pilot and even squeezes in a nap.

The video was posted to Facebook on Wednesday and racked up more than a 1,000 shares by Friday.

The nonprofit organization says this was the third successful rescue of 2018.