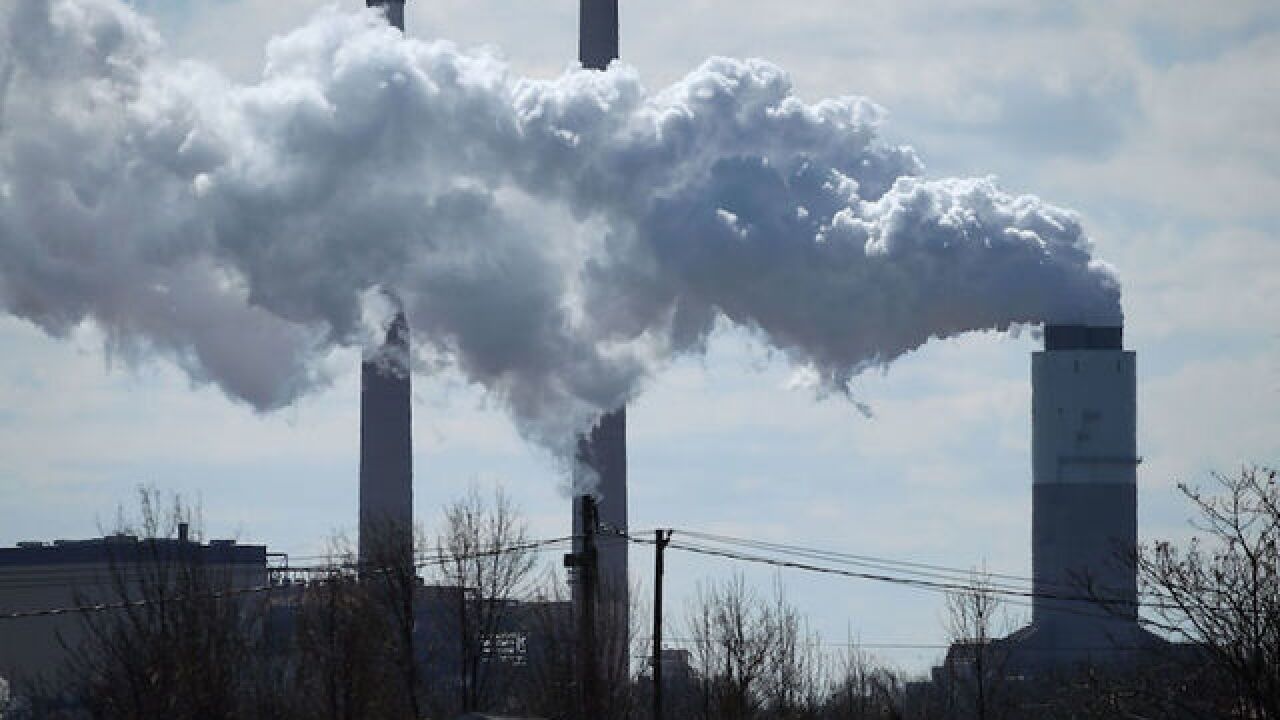 The Environmental Protection Agency will allow states to set their own emission standards for coal-fueled power plants, the Wall Street Journal reported Monday. Critics say the decision will result in much more carbon dioxide being released into the atmosphere.

The Journal reported that acting EPA Administrator Andrew Wheeler signed a proposal that calls for states to regulate emissions from power plants, undoing a move from President Barack Obama that made those emissions regulated by the federal government for the first time.

"The entire Obama administration plan was centered around doing away with coal," Wheeler told the Journal in an interview.

The proposal is projected to release 12 times the amount of carbon dioxide into the atmosphere compared with Obama's Clean Power Plan, according to The Washington Post .

President Donald Trump could speak about the plan publicly Tuesday at a rally in West Virginia, according to officials who spoke to The Washington Post and The New York Times .

The new proposal contradicts the Clean Power Plan, introduced in 2015. Obama's plan required states to meet specific carbon emission reduction standards based on their individual energy consumption. This rule was the first time emissions had been regulated at the federal level.

Obama's plan was temporarily blocked by the Supreme Court in 2016 after 29 states and the energy industry sued the administration, arguing it was unconstitutional and outside of the federal government's power to regulate.

This new proposal is the latest move in the Trump administration's continued effort to reverse what Trump dubbed his predecessor's "war on coal." Former EPA Administrator Scott Pruitt initially announced that his agency planned to withdraw and review the Obama Clean Power Plan in October 2017.

"We are going to put our coal miners back to work," Trump said at a March 2017 event in Kentucky. "They have not been treated well, but they're going to be treated well now."

"By removing and replacing it with a rule that will actually increase emissions, this is removing the biggest action that Obama took to combat climate change," Conrad Schneider, advocacy director of the nonprofit Clean Air Task Force, told CNN.

The EPA did not respond to CNN's request for comment on the proposal.

In a 300-page impact analysis of the new proposal, the EPA found the plan would make only minor reductions to the emissions of substances like sulfur dioxide and nitrogen oxide, the Post reported.

After the proposal is introduced, there will be a 60-day comment period. The proposal gives each state up to three years to develop its own emission reduction plan. Then the EPA has a year to determine whether the state's plan meets agency guidelines. If it does not, the EPA has another year to impose a federal plan on that state, the Post reported.

The policy change is the second in less than a month aimed at rolling back Obama-era emissions regulations. At the beginning of August, the administration proposed freezing a rule that required automakers to make cars substantially more fuel efficient.

Electricity production, which includes the burning of fossil fuels like coal and natural gas, made up 28 percent of US greenhouse gas emissions in 2016, which is the most recent publicly available data from the EPA.

The World Meteorological Organization, the National Oceanic and Atmospheric Administration, and NASA found that 2016 was the warmest year on record, and the third consecutive year to rank hotter than all previous years.

"We are wasting time when we need to be reducing emissions," Schneider said.