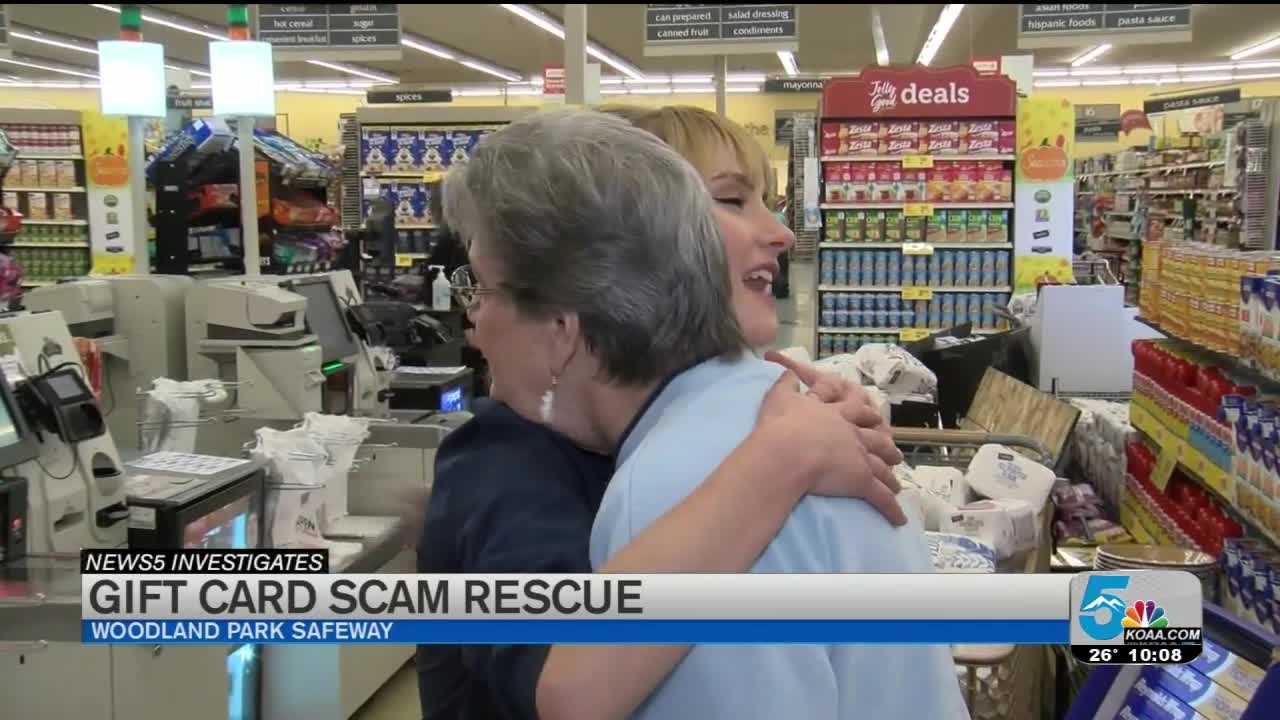 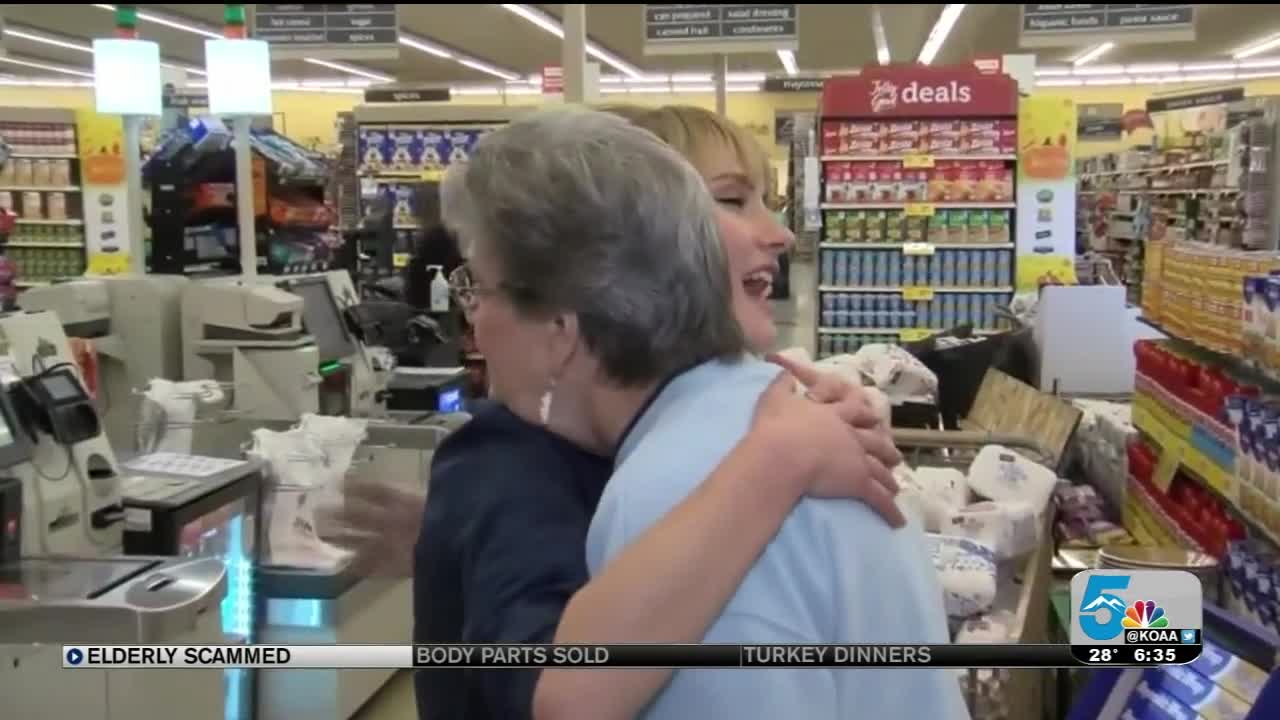 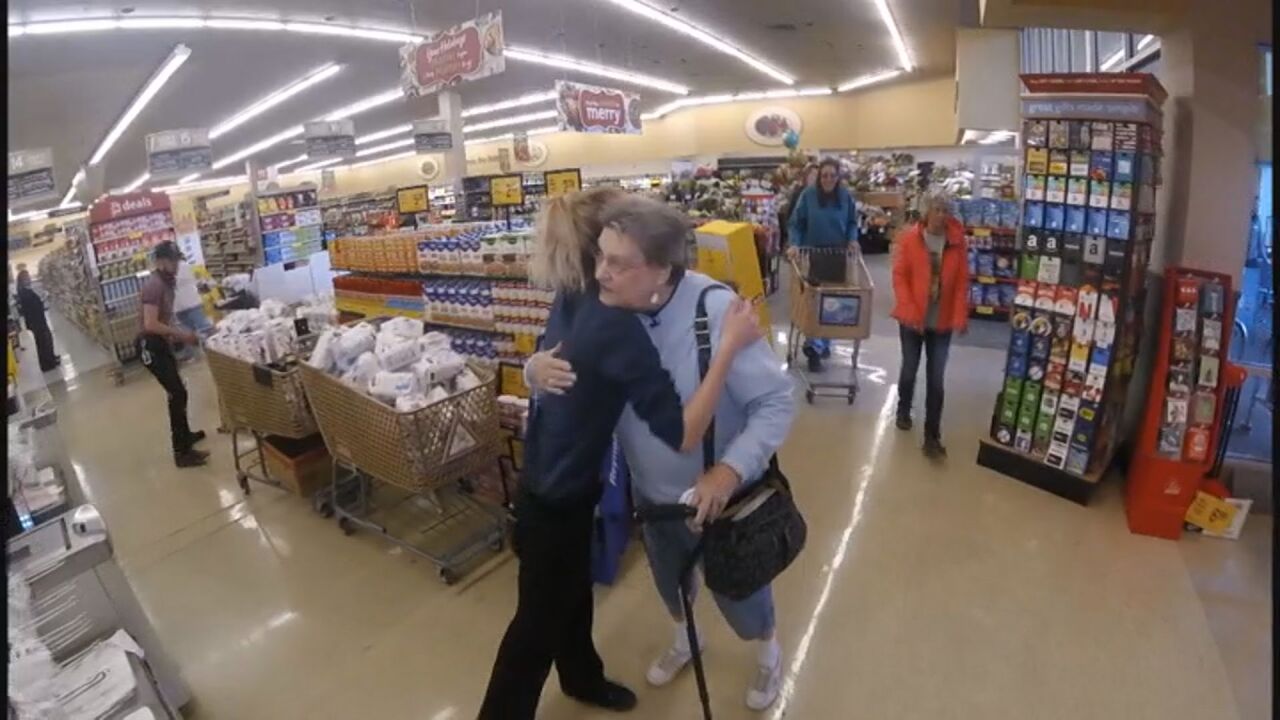 WOODLAND PARK, Colo. — Every year Americans lose millions of dollars turning over gift cards to the crooks behind impostor scams intimidating them into making the purchase. But some victims are now being rescued because of a change in how stores are training their employees.

People, especially seniors, are sometimes scammed into buying gift cards for a person on the phone who tells them their social security will be shut off or they have a warrant out for their arrest. Usually by the time people realize it's a scam, they've paid up and it's too late.

But in Woodland Park, Colorado, a Safeway employee is changing the game by keeping an eye out for customers on the verge of an expensive mistake.

A trip to the grocery store could've ended much differently for Jean.

The 79-year-old says she showed up at the Woodland Park Safeway because she had no choice.

"If I didn't cooperate, then it was going to be in the newspaper this morning and everybody would know and they were going to strip me of my Social Security card and close all the different accounts of stuff that were in my name, and I'm like, you got a be kidding," Jean said. "He said, 'then you're going to go to jail' and I'm like, 'what?' He said, 'yeah, we got a warrant out for you.' That's what got me. That scared the hell out of me."

Jean says she spent an entire day fielding aggressive calls from a man claiming to be an officer.

"They wanted me to come up here and buy gift cards — eBay, they wanted. They were specific and said in the amount of $700," Jean said.

Stressed and on edge, Jean went into the store. Employees, led by Sophia Rossi, immediately realized something was wrong.

"I was helping another customer when it happened, and one of my other cashiers had started talking to her because they noticed she was panicking," Rossi said. "So we pulled her aside, we're like, 'what's going on?' "

"She knew something was wrong by looking at me, I was shaking," Jean said.

Rossi pulled Jean aside and explained to her this was all a scam and called Woodland Park Police.

"When Social Security numbers are brought up, or I'm making a purchase on one website but having to gift cards for another website, or my computer's been compromised — stuff like that. You're never going to need large amounts of money in like Google Play gift cards. It's not going to happen," Rossi said. "So right away I recognized that that's what it was."

Rossi says this wasn't the first time she's had to stop a customer from buying gift cards at the direction of a scam caller. She says it's heartbreaking to see how widespread the problem is.

"Absolutely. If somebody did that to my mom or my grandma, I would be so upset," Rossi said. "I would hope that somebody would be in that position to be able to stop that."

Reports to federal investigators reveal the scope of the problem. Since 2015, the Federal Trade Commission says gift card scam reports have increased by 270%. People paid crooks $20 million in gift cards in 2015 and that number skyrocketed to at least $53 million in 2018.

Jean has a message for the man who called her.

"I thought, if he calls back again, I'm going to tell him to get off his lazy fat butt and go get a job and make money the decent way instead of stealing from hard-working people," Jean said.

For Rossi and her co-workers, the training they're now receiving is changing the game. Just by talking with customers about gift cards, they are able to identify signs of a scam.

"I mean, it feels really good to be able to stop it and to know that all of the cashiers that work here would be able to stop it. And that if she had gone to anybody else in this store, they would have recognized that," Rossi said.

"Too many times things happen and people just look the other way and keep on going, but this is this is great because somebody cares enough to do this and get the information out," Jean said.

One of the most effective tactics gift card scam callers will use to intimidate their victims is they'll say, "don't tell anyone about this or else."

Clerks at retail and grocery stores, like Safeway, are hoping to get people to speak up about what's going on so they can get them help.

This story was originally published by Patrick Nelson on KOAA.