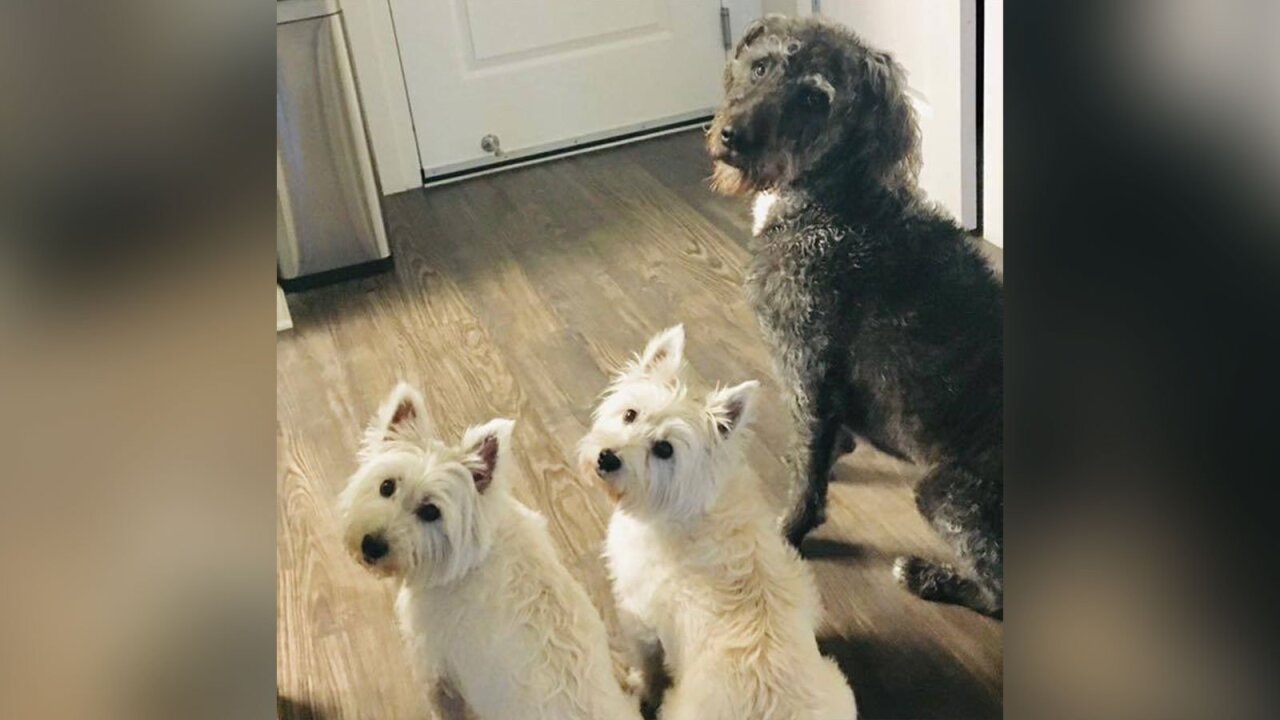 A doggy play date in a North Carolina pond turned tragic after three pups died from toxic algae. Now, their owners say they hope their loss will educate fellow dog lovers about the dangerous blooms.

Melissa Martin and Denise Mintz took their beloved dogs Abby, Izzy and Harpo to a pond in Wilmington on Thursday night to cool off. But within 15 minutes of leaving the pond, Abby, a West Highland white terrier, began to have a seizure.

Martin rushed her to a veterinary hospital, with Izzy and Harpo right behind her. Upon their arrival, Izzy, also a Westie, started seizing, and both terriers rapidly declined. Then Harpo, her 6-year-old "doodle" mix therapy dog, began to seize and show signs of liver failure.

By midnight Friday, all three dogs had died, she said.

The culprit, Martin's veterinarian said, was poisoning from blue-green algae present in the pond where they played.

"What started out as a fun night for them has ended in the biggest loss of our lives," Martin wrote in a Facebook post that has since been shared more than 15,000 times.

Martin told CNN she didn't notice the algae at first, but her veterinarian told her that what appeared to be debris from flowers were blooms of cyanobacteria.

She said she didn't see any signs warning of toxic algae near the pond, which sits next to a popular walking trail. It's her mission now, she says, to erect signs about toxic waters and warn pet owners about the blooms.

"I will not stop until I make positive change," she said. "I will not lose my dogs for nothing."

Blue-green algae is most common in the summer

Toxic algae blooms are more likely to infest bodies of fresh water when the weather is warm and waters are stagnant, according to the North Carolina Department of Health and Human Services .

Some algal blooms leave a film of muck on the surface and make the water ruddy, but others are difficult to immediately detect, such as the blooms in the pond where Martin's dogs were exposed.

There's no cure for the poisoning, and exposure nearly always leads to death in dogs. Drinking from a body of water where blue-green algae lurks or licking it off fur can kill a dog within 15 minutes of exposure, according to Blue Cross for Pets , a UK animal charity.

The North Carolina Department of Environmental Quality periodically updates a map of the state where algae blooms have been reported, but in the case that a health notice isn't posted, it's best for humans and pets alike to avoid waters that smell bad or look odd in color or murky, the state's health and human services department said.