A boy with autism was crying on the first day of school. A new friend stepped in to help 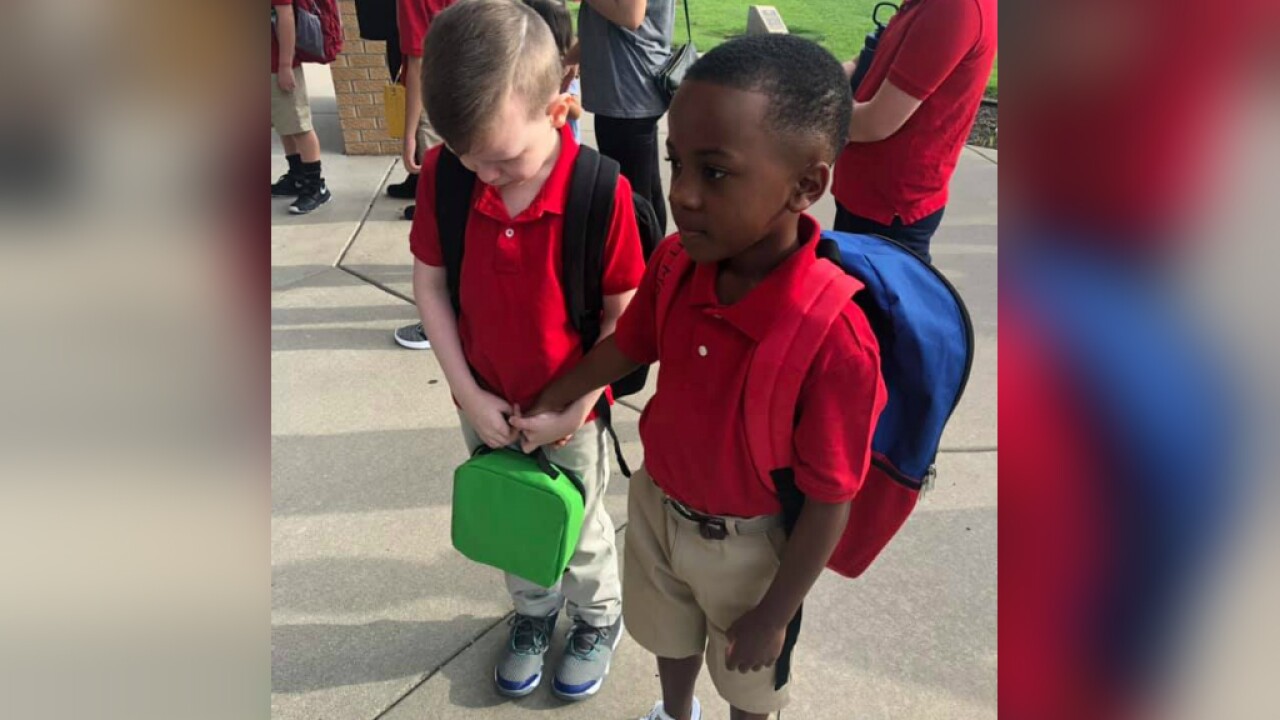 The first day of school can be a scary experience for young children, but one boy in Wichita, Kansas, is very lucky to have a friend guide him.

Connor Crites has autism and is nonverbal, KAKE reports, but 8-year-old Christian Moore had no idea when he approached Connor at Minneha Elementary School.

"I saw him (Christian) on the ground with Connor as Connor was crying in the corner and he was consoling him," said Christian's mom, Courtney Moore. "He grabs his hand and walks him to the front door. We waited until the bell rang and he walked him inside of the school. The rest is history. They have an inseparable bond."

Moore captured the moment in a photo that has now gone viral on social media.

"It is an honor to raise such a loving, compassionate child!" Moore wrote in the Facebook post.

Connor's mother, April Crites, told KAKE she's afraid of other children making fun of Connor for the way he speaks or when he flaps his hands. But that didn't seem to matter at all to Christian, who just saw another boy overwhelmed with his environment and wanted to make it better.

The act of kindness may not have seemed like a big deal to Christian. But to Connor and his mother, it meant the world.

"He was kind to me," Connor said. "I was in the first day of school and I started crying, then he helped me and I was happy."

The boys' mothers think this experience is something people should really think about and take to heart.

"One act of kindness can change someone's life, can change the world," Moore said. "That's all it takes."