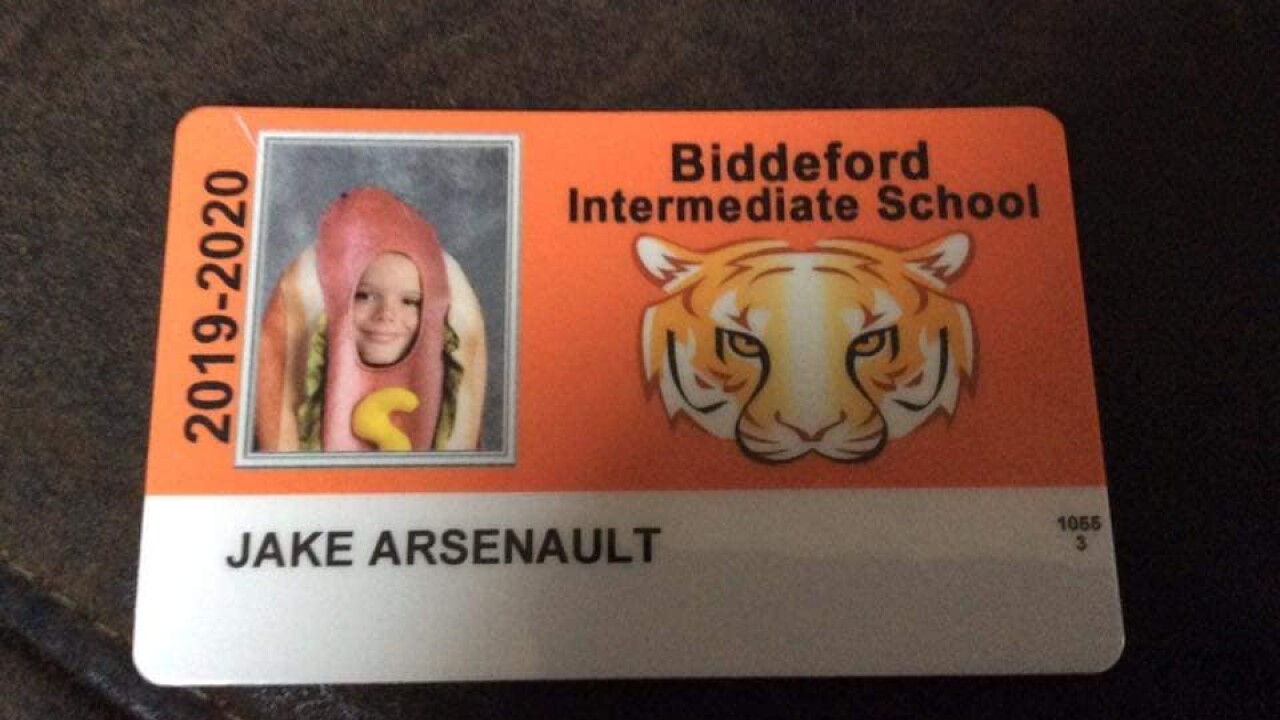 BIDDEFORD, Maine – A 9-year-old boy in Maine proved he’s not one to back down from a dare – even from his own parents.

Fourth grader Jake Arsenault was wondering what he should wear for school picture day when his mother and father dared him to don a hot dog costume.

With permission from Biddeford Intermediate School, Jake actually did it and now he has a hilarious, one-of-a-kind student ID.

Jake’s dad, Craig, posted a photo of the ID on Facebook and it has since gone viral, garnering over 30,000 shares since Thursday.

“My wife and I dared our son to wear a hot dog costume for school pictures,” wrote Craig in the caption. “The school let him do it, and I couldn't be happier.”

When the parents first saw the photo, Craig told ABC News , "We just laughed and laughed."

Craig said the photographer also took a photo of Jake without the costume “so his parents could have something nice,” but the family was assured that the hot dog picture would be the one that appears in the school yearbook.