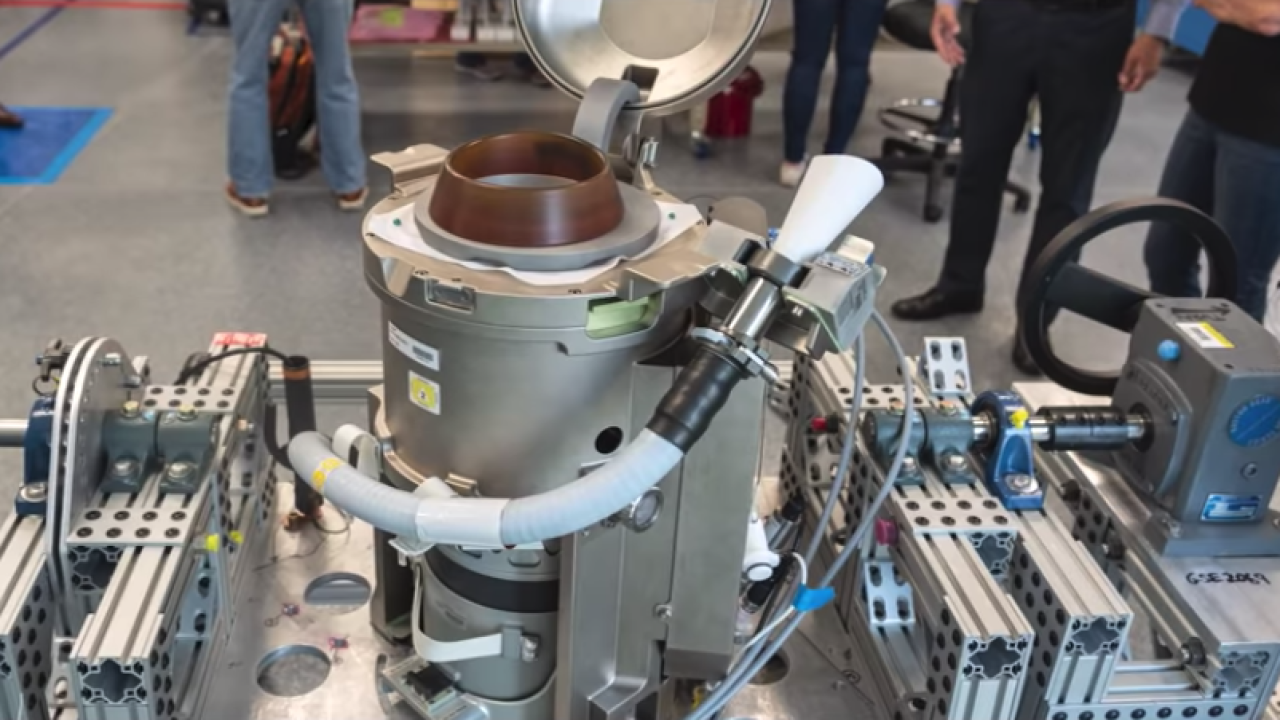 NASA
The new Universal Waste Management System is headed to the International Space Station. It cost about $23 million to create.

A new toilet is headed to the International Space Station this week, in addition to new foods to grow and beauty products.

The $23 million toilet system is known as the Universal Waste Management System. It’s 65 percent smaller and 40 percent lighter than the toilet currently used on the space station.

“I know it’s a toilet and I get a big laugh from my friends all the time, ‘Oh, he’s building a toilet.’ But it’s not just a toilet, it’s a titanium space toilet,” said Jim Fuller, Program Manager for the UWMS project at Collins Aerospace.

Astronauts on the ISS currently are acting as plumbers, getting the station ready to plug in the new toilet system.

The toilet will be onboard the Northrop Grumman CRS-14 Antares Rocket Cygnus cargo capsule that is launching Thursday around 9:30 p.m. ET headed for the ISS.

The capsule will be carrying 8,000 pounds of cargo for the ISS, including the new toilet system, radishes and other space experiments, and beauty products.

Estee Lauder’s New Advanced Night Repair serum will be onboard the rocket for Thursday’s flight to the ISS. The product will be photographed in the space station as part of NASA’s efforts to enable commercial activities at the ISS. NASA has said just 5 percent of crew time will be spent on commercial activities.

Plans are underway for another new toilet design. NASA announced a contest earlier this year asking for designs for a new “lunar loo” to be used on future missions to the moon and beyond.