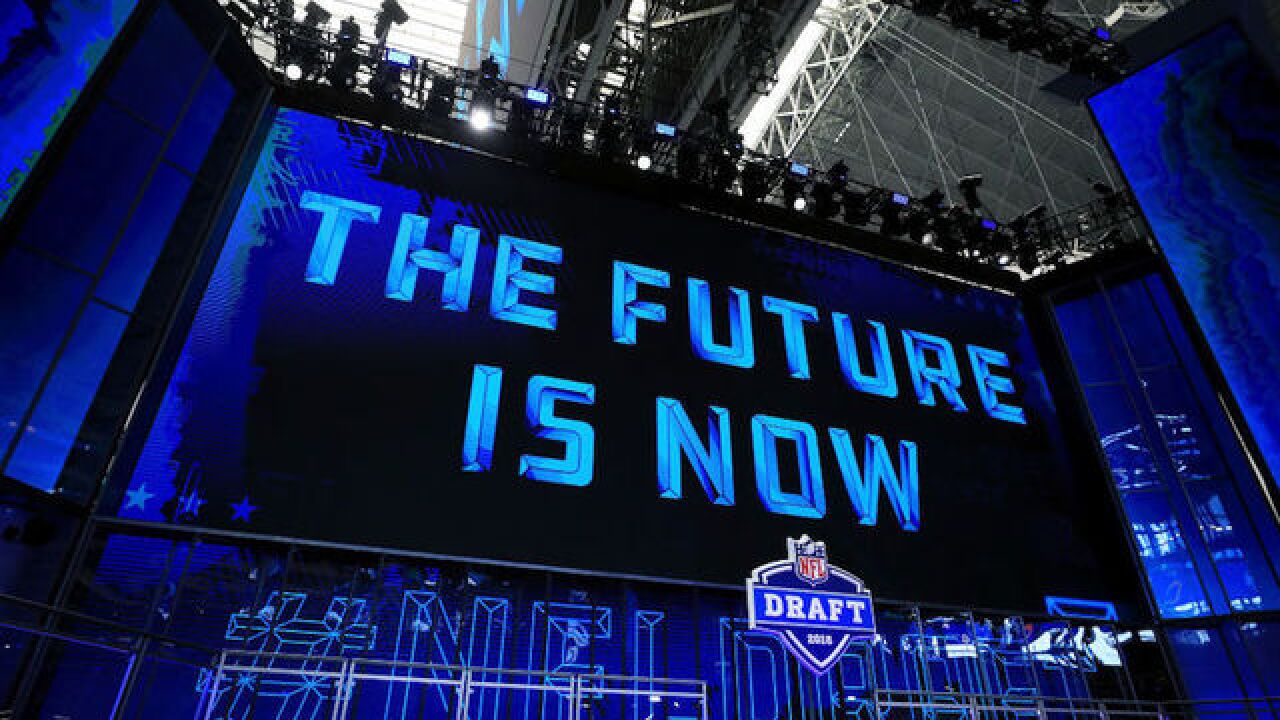 Copyright Getty Images
Tom Pennington
<p>ARLINGTON, TX - APRIL 26: A view of the NFL Draft theater prior to the start of the first round of the 2018 NFL Draft at AT&T Stadium on April 26, 2018 in Arlington, Texas. (Photo by Tom Pennington/Getty Images)</p>

The first round of the NFL Draft got underway Thursday evening and Oklahoma quarterback Baker Mayfield was selected as the first overall draft pick by the Cleveland Browns.

Mayfield will likely take over as Cleveland's starting quarterback in the fall after the Browns finished the 2017 season with a winless 0-16 record.

Mayfield was a three-year starter at Oklahoma after starting one season for Texas Tech. He threw for 131 touchdowns over his four collegiate years, which is fourth all time in NCAA Division I history.