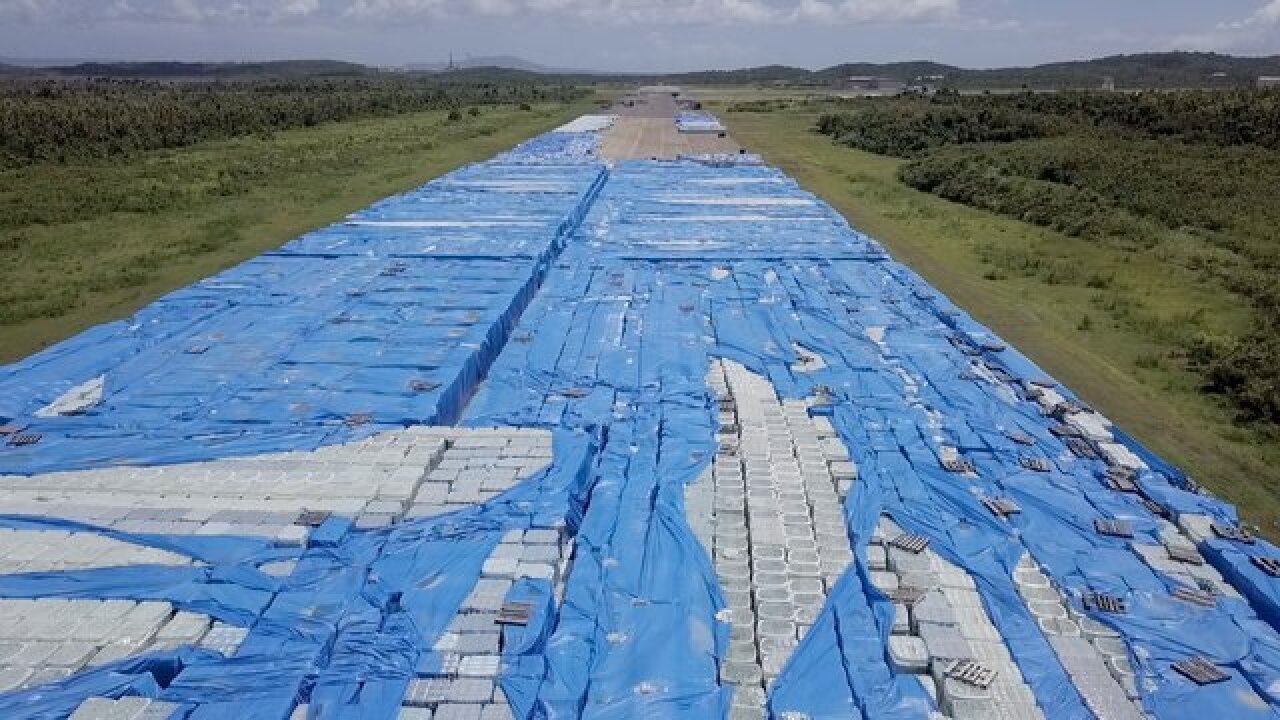 CNN
Julian Quinones/CNN
<p>Stacks upon stacks of bottled water sit near a runway in Ceiba, Puerto Rico, on September 12, 2018.</p>

(CNN) -- The stockpile of bottled water stretches down an unused runway in Ceiba. Case after case, pallet piled upon pallet, blue tarps and plastic glinting in the sun.

The emergency supplies were brought in by FEMA in the aftermath of Hurricane Maria, which smashed the island and left its residents without power, without roofs and without running water.

Federal officials commandeered the area in the far east of the island last fall as a staging ground, collecting the water and containers full of blue tarps to patch damaged and destroyed roofs in surrounding neighborhoods.

And there the supplies sat. And sat. Storm survivors were collecting spring water from the mountains for cooking and bathing,  even with the threat of disease that brought .

And apparently, the supplies were just left there, lost perhaps in poor communication and collaboration.

Ottmar Chavez, now administrator of Puerto Rico's General Services Administration, said FEMA reported that it had about 20,000 pallets of bottled water in excess in May this year, before Chavez was appointed.

His agency claimed the water, intending to deliver it where it was needed.

But after about 700 pallets had been distributed, complaints began to come in about the water's foul smell and taste, Chavez said in a statement.

"In light of this, we have been in contact with FEMA and the Department of Health to test the water inventory received by the federal agency. We are going to return those waters," he said.

The mayor of Ceiba, Angel Cruz Ramos, told CNN he's grateful for the generosity, but believes that too much water was delivered at the wrong time. "The time and heat has made it bad," he added.

Puerto Rico now says  2,975 people died on the island  because of the storm.