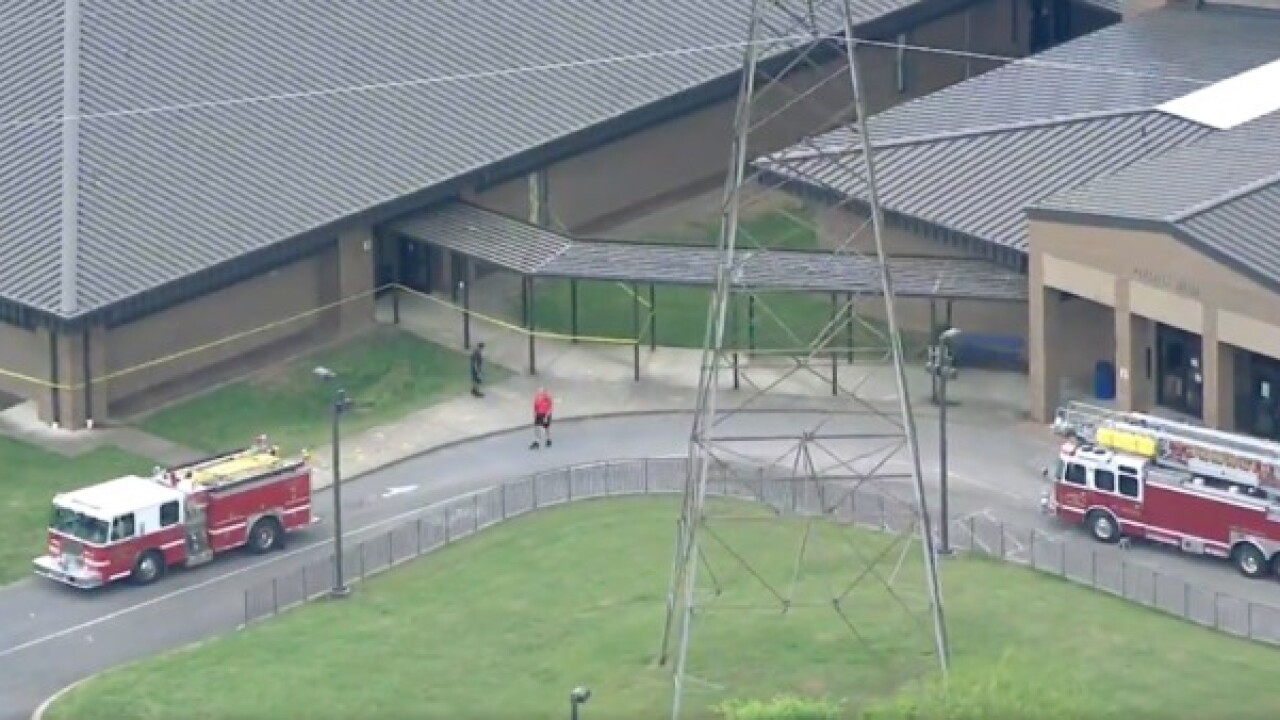 A hazmat situation has been confirmed at Merrol Magnet High School in Hendersonville, Tennessee.

An official said at least 17 people were triaged at the scene Wednesday morning, and multiple patients, including a teacher and high school students, were taken to area hospitals. Some of those were being treated in Hendersonville, while others were taken to Vanderbilt University Medical Center.

The situation was described as an incident in a science class. The school was evacuated, and the students were relocated following the incident.

The injuries were described as possible chemical burns; however, exact details on the injuries had not yet been released.

The building is split between a middle school/high school and an elementary school. School was dismissed as a precaution at 10:15 a.m. for the middle and high schools. Elementary students were also released. A command center has been set up near campus for parents to pick up their children.

Authorities said they have been airing out the school to make sure no further incidents take place. The fire department will investigate inside the building and will be responsible for giving the all clear at the scene.