17 staffers in this medical center unit are all expecting. Yes, 17! 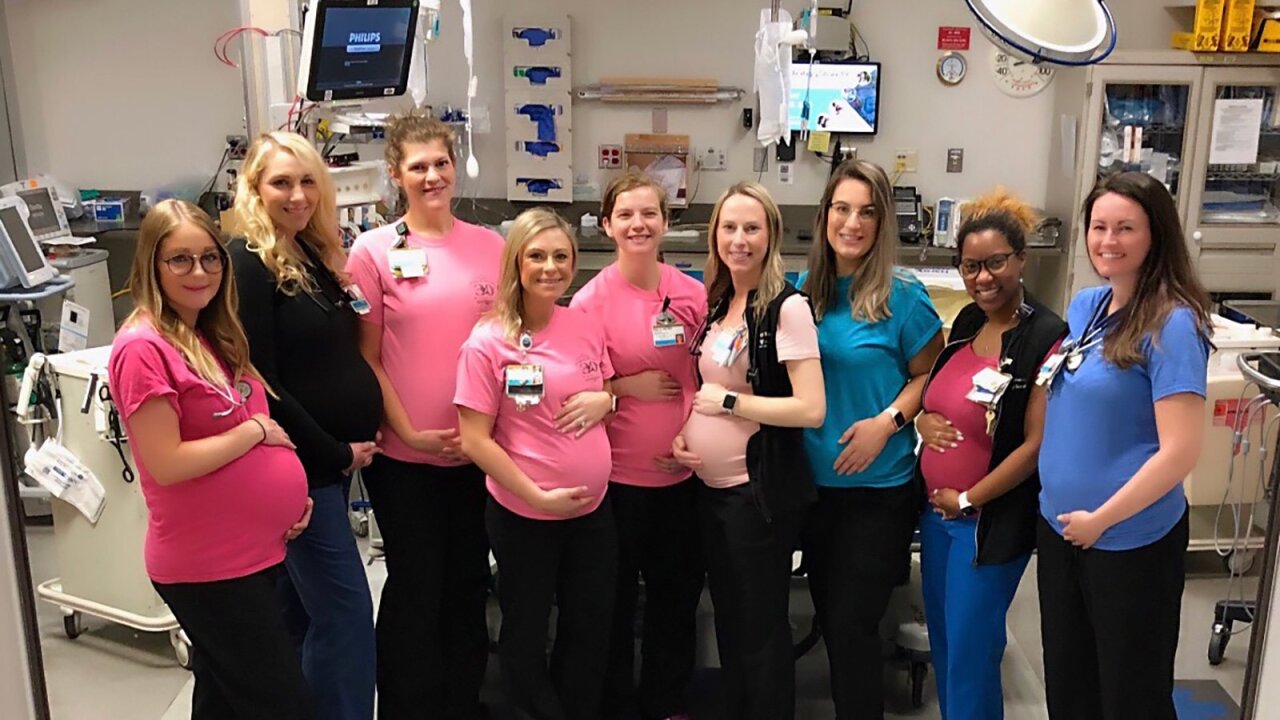 At first, Hillary Slusser thought she had the flu.

She hadn't been feeling well for a couple weeks but, after getting really sick at work, she went home and took not one, but three pregnancy tests. Just to be sure.

Long story short, she was pregnant. But she wasn't the only one.

14 nurses, two doctors and one social worker are all expecting

Before Slusser had even publicly announced her pregnancy, her friend and fellow nurse in the Emergency Department at Vanderbilt University's medical center posted her sonogram online.

A week later, another nurse in their department posted that she was expecting, too.

A week later, it was another nurse.

Now, there are 17 people in her department who are pregnant -- 14 nurses, two doctors and one social worker -- all due between July and December. And, with others having had babies earlier in the year, Slusser said there would be over 20 births in the department by the end of 2019.

"By the time it got to be 17, everybody was just like, 'There is something going,'" Slusser told CNN. "But it was very exciting to be sharing this with all the girls."

For the majority of the women, this will be their first child, which makes the occasion even more special.

Everyone is pitching in so they can keep doing their jobs

With 17 pregnancies, though, comes 17 months-long absences from work. Slusser is taking 16 weeks off, but she said not everyone is that fortunate. Most are taking 12, and the department has already sent out an email asking for delivery dates in preparation for the absences to come.

The department has been very supportive, Slusser said, with people taking on extra weight. Most of the women work in trauma, which she said can be labor intensive. Staff members must wear heavy protective gear beneath their gown, along with gloves, a mask, an eye shield and a hairnet, all just to protect from blood and body fluids. Understandably, wearing all that while eight months pregnant can be a lot.

The department has moved some of the women from working trauma because of their pregnancies, which Slusser said has been heartbreaking. But others in the department have been helping.

"Even our attending physicians help lift patients over so I don't have to do that," Slusser said. "Little things like that make us still be able to do our jobs."

It's still stressful, and Slusser said she does get a bit more tired throughout her shift. But with all the support from her coworkers, she'll be ready for the big day.