He's earned four associate's degrees and not stopping there 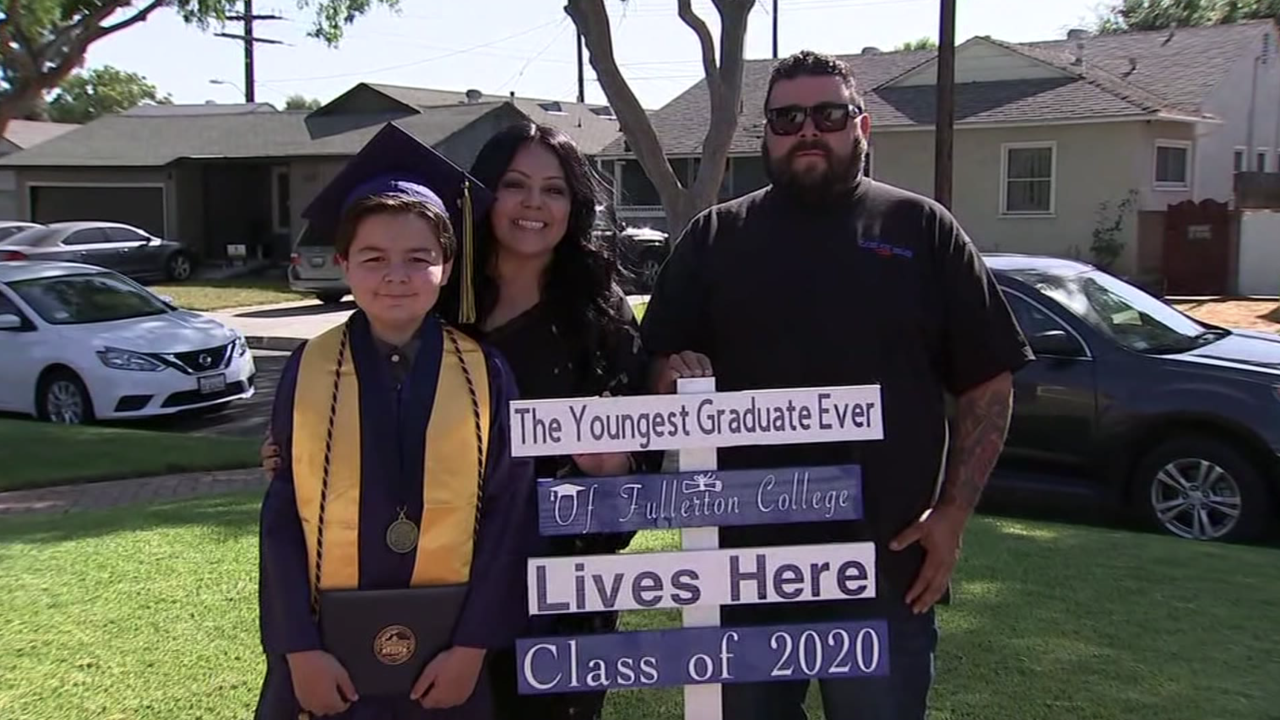 FULLERTON, Calif. – Graduating from college is a big deal, but it's an even bigger deal for Jack Rico.

At just 13 years old, Rico has become the youngest graduate of Fullerton College in California.

The teen has now racked up four associate's degrees and he’s not stopping there.

Next, Rico is headed to the University of Nevada on a full-ride scholarship to get a bachelor of science degree in history.

So, what does he want to do with all his degrees?

"Well I mean, I’m 13, so I don't want to rush everything,” Rico told KABC. “I'm still trying to figure it out, but I just want to focus on learning right now. That's what I love to do."

Rico started college when he was 11 years old. That's right, he earned those four degrees in just two years.

When he's not studying, Rico likes being around other kids his age and he loves to play video games.