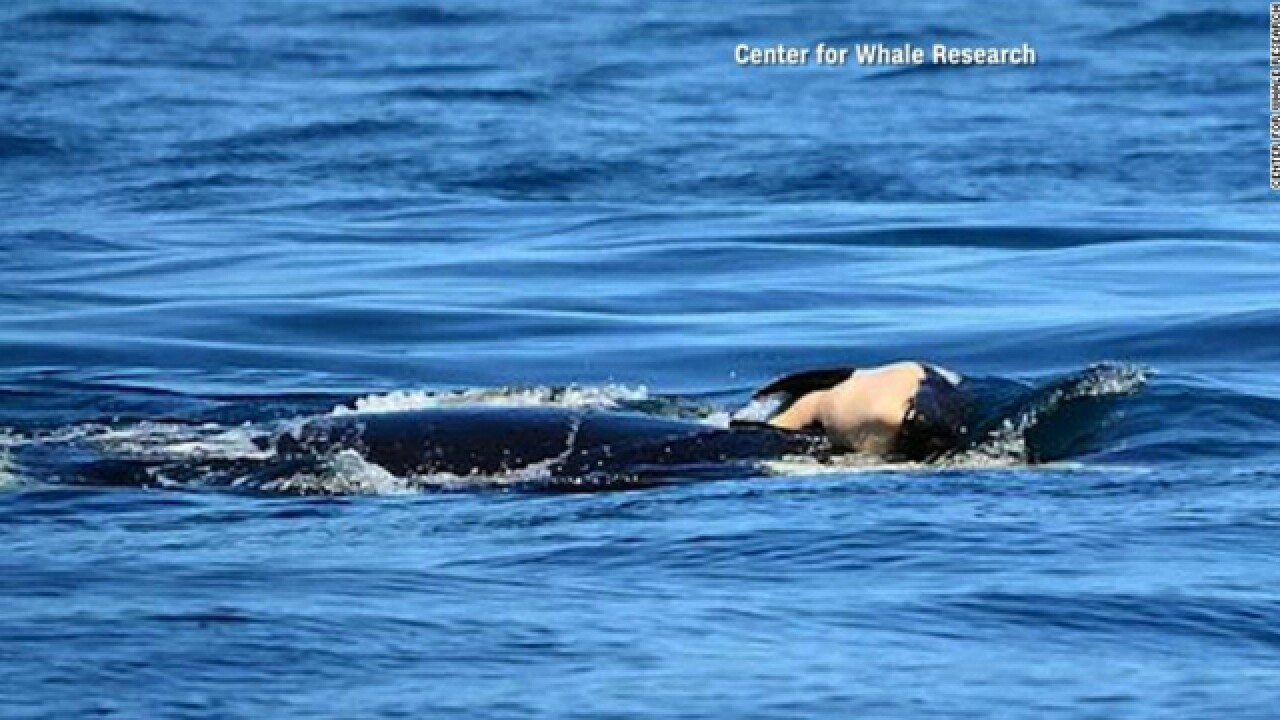 It was a journey of love, driven by a mother's loss, stretching across a thousand miles of ocean as the world watched and wondered.

An apparently grieving female orca whale who swam with the body of her dead calf for more than two weeks has stopped carrying the carcass, environmental officials said.

The adult -- Tahlequah, or J35 as she is known by researchers -- and corpse were last seen definitively last week, 17 days after the baby's birth. The female calf died after a few hours. The mother, preventing her baby from sinking, had been nudging it toward the surface of the Pacific off the coast of Canada and the Northwestern United States.

Tahlequah was spotted Saturday chasing a school of salmon with her pod mates in the Haro Strait without the dead calf for a half-mile, the Washington-state based Center for Whale Research said. The carcass likely sunk to the bottom of the waters of the Salish Sea, according to the center.

"Her tour of grief is now over, and her behavior is remarkably frisky," the center said in the blog.

Greenpeace USA Field Organizing Manager Ben Smith said in a statement: "Tahlequah united millions of people worldwide in heartbreak and love as she carried her dead calf for 1,000 miles."

Scientists are still worried about the health of a struggling sick female from the same pod. That whale -- J50, also known as Scarlet -- had been shot with antibiotics to fight an infection and had been losing a lot of weight.

The Southern Resident population the females belong to has about 75 members and has not had a successful birth in three years. Only 25% of the babies have survived in the last 20 years.

Greenpeace said the Southern Resident orca is an "important part of the culture and history of the Pacific Northwest," and called for greater protection for them.

"Unfortunately, that population is malnourished and in dire need of food and protection," said Smith, a Seattle resident. "That is why our elected officials and civic leaders have a moral responsibility to take action and ensure that the orca's main food source, salmon, recovers and is not further depleted."