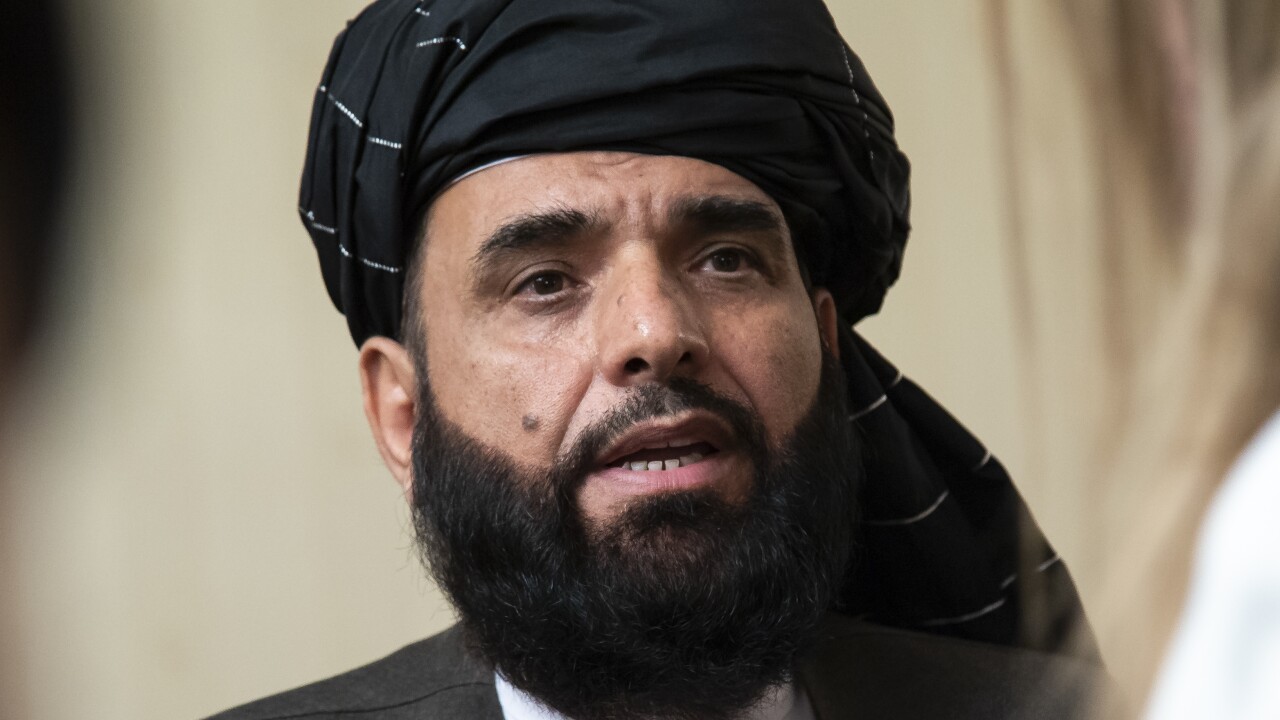 A temporary truce between the United States and the Taliban has taken effect, setting the stage for the two sides to sign a peace deal next week.

If successfully implemented, the weeklong "reduction in violence” agreement will be followed by the signing of the peace accord aimed at ending 18 years of war in Afghanistan and bringing U.S. troops home.

That would wrap up America's longest-running conflict and fulfill one of President Donald Trump's main campaign promises.

That agreement would be signed in Doha, Qatar, on February 29 and lead to the start of all-Afghan peace talks and a phased withdrawal of American troops.

Photo: In this May 28, 2019 file photo, Suhail Shaheen, spokesman for the Taliban's political office in Doha, speaks to the media in Moscow, Russia. The countdown to the signing of a peace agreement between the Taliban and the United States to end the 18 years of war in Afghanistan will begin on Friday night, when the seven-day “reduction of violence" promised by the Taliban will go into effect, a senior U.S. State Department official said. The deal will be signed on Feb. 29. (AP Photo/Alexander Zemlianichenko, File)