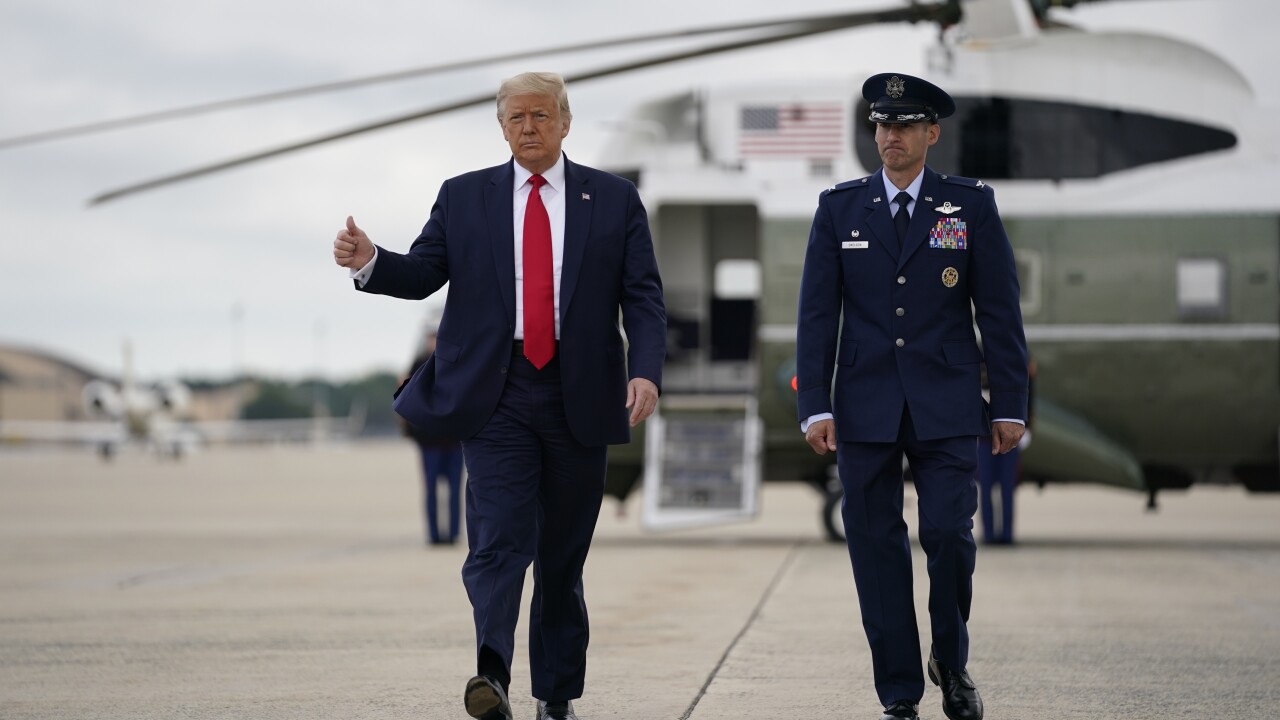 Copyright 2020 The Associated Press. All rights reserved
Evan Vucci/AP
President Donald Trump gestures as he walks from Marine One to board Air Force One for a trip to Florida to visit U.S. Southern Command and attend a campaign fundraiser, Friday, July 10, 2020, in Andrews Air Force Base, Md. (AP Photo/Evan Vucci)

Press secretary Kayleigh McEnany tells reporters traveling with the president Friday to Florida that the event — slated to be held in an aircraft hangar in Portsmouth — will be delayed by a week or two.

She cited the threat of Tropical Storm Fay, which is expected to bring heavy rain to the region.

The event was to mark Trump’s first political rally in three weeks, after his return to his signature campaign events from a coronavirus-induced hiatus was overshadowed by an embarrassing display of empty seats and questions about the campaign’s ability to attract people to large events in a pandemic.