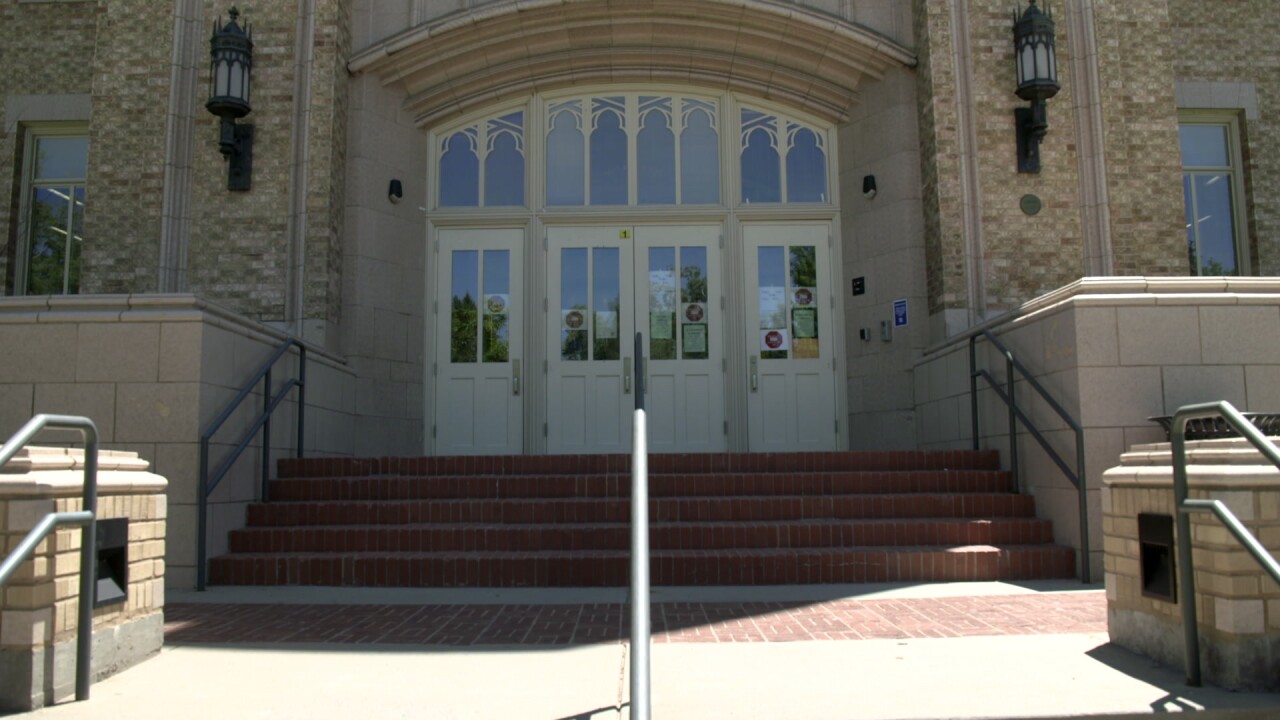 From disproportionately ticketing students of color to mishandling special needs children, some school districts say School Resource Officers, more commonly called SROs, should no longer be in the halls.

For Heidi Laursen and her son, Jack, who live in Colorado, the presence of officers in the young boy’s elementary school created a traumatic environment.

“I wish they would’ve recognized that he was having trouble,” said Laursen, the mother of the special needs student.

Laursen never imagined her son would have such big problems with the police in school.

“When they couldn’t handle him or didn’t know what to do with him, they sent him to the security officer,” said Laursen.

Laursen said her son was in kindergarten when he began coming home from school unhappy.

In the process of waiting to get Jack assessed for a special needs class, Laursen got called to the school to pick her son up.

“I walked in and he was across the classroom from me by the windows being held by two officers by his feet and his hands, and he was writhing in the air between them,” she said.

It’s a sight she said can’t erase from her mind.

“I can talk about it now without crying, but I couldn’t for a long time,” said Laursen.

Laursen and many other parents and students who have had similar experiences say something needs to change with how schools police students.

“While we leaned on the SROs for the ideals of safety, our students were getting ticketed at very high rates, particularly students of color, and another group of students who are handcuffed a lot are special needs students,” said the school board’s vice president, Jennifer Bacon.

Bacon said the district is forming a task force to change that reality.

The task force will spend the next year and a half forming solutions.

Currently, there are 18 Denver Police officers working as SROs in Denver Public Schools. The board voted to take that number down by 25 percent by the end of this calendar year, and by the end of next school year, there will no longer be a permanent police presence in Denver Schools.

“It’s not lost on us the work we have to do around safety, but safety is also culture, and this is the time we need to talk to children about their feelings,” said Bacon. “We’ll also talk to our staff about preventative measures for students who have ideations of suicide or community harm.”

“I think there’s a positive way to support kids that doesn’t have to be with the threat of law,” said Laursen.

Bacon said her own experience with law enforcement in school shaped her vision for the future.

“When people heard what school I went to, they had an assumption about me,” said Bacon. “That I couldn’t be an honors student, that they had to clutch their purses…and part of that was reinforced by having police officers in my schools and not having officers in schools that were predominantly white."

That emotional impact is something Bacon hopes will be erased for students like Jack.

“To the extent that little schools can do something to tell them that their lives matter, that if they’re in crisis, if they’re hungry, doesn’t mean they’ll be met with handcuffs, is incredibly powerful. And we will take every opportunity to reset young people’s expectations on how they’ll be treated,” said Bacon.

Laursen agrees. Changing our society starts with reshaping the way our young people grow up.

“It does take time to find the right solution, but it’s possible,” she said.