Church hand delivers ballots to board of elections to avoid fraud

Church delivers ballots to board of elections to avoid fraud 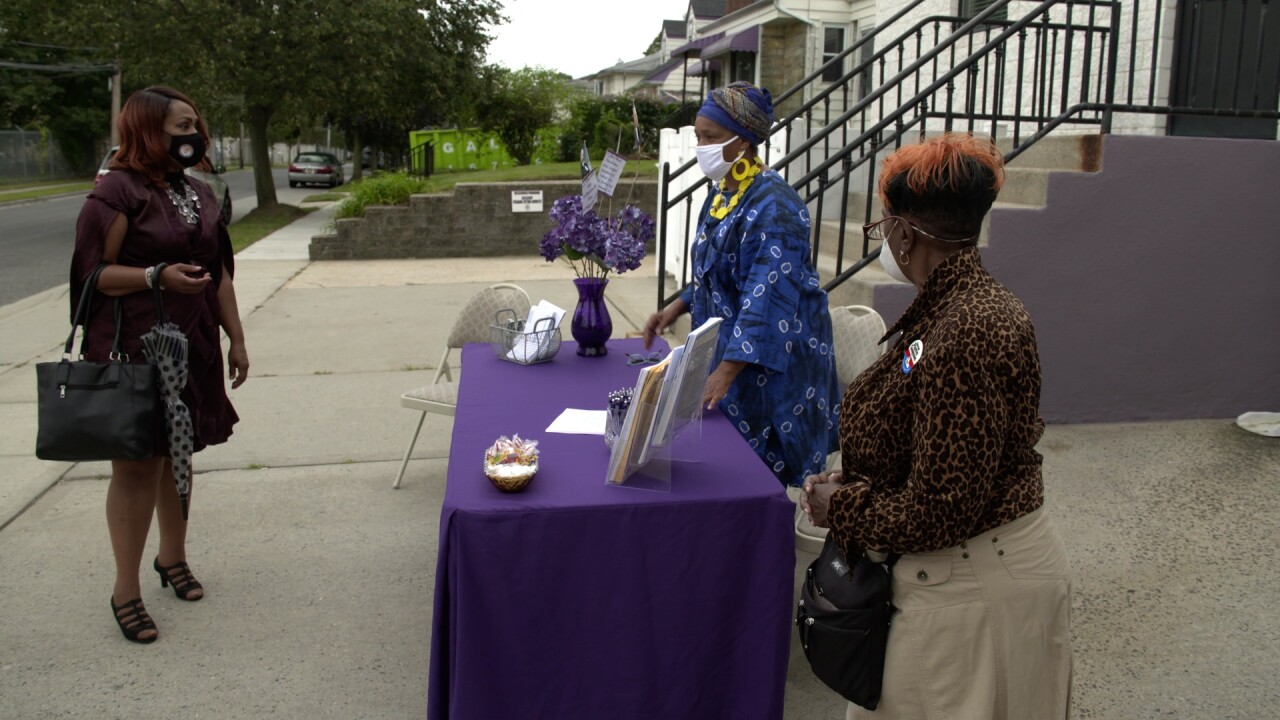 FREEPORT, NY. – Every weekend outside her church, Shelley Brazely sets up her table. Her mission is to make sure anyone in her community who wants to vote, can.

“Too many people sacrificed too much in this country for us to vote, and we just want to make sure that every vote counts,” said Brazely, the President of the Social Action Ministry at the Zion Cathedral in Freeport, New York.

Brazely said the community’s votes are especially important because the neighborhood has a history of struggling.

“Nassau County, which is one of the richest counties in the country, has pockets of poverty and disenfranchisement that is unbelievable,” said Brazely. “Hempstead, Freeport, Roosevelt, we’re considered the black belt, and those are the areas that have the hardest time,” said Brazely.

Brazely is fighting this by signing anyone up for an absentee ballot who wants one. She is personally delivering each ballot to the board of elections to make sure each is filled out correctly.

It’s a big effort for one person to make, taking dozens of hours per week, but Brazely wants her community to feel comfortable voting, especially because so many people are worried about mailing in their ballots.

“There will be no postal office. We won't be dealing at all with that. We will securely pick up the information and drop it off,” said Brazely. “We don't want anybody to feel the hopelessness that a lot of these rumors will cause.”

She said the rumors and misinformation about the security of the U.S. Postal Service weigh heavily on those she helps.

“I was a little worried to mail it out myself,” said Jerrod Atkinson who is having Brazely drop off his ballot. “I wanted it to go directly to the board of elections, so it wouldn’t get lost.”

Odessa Hill is a senior who isn’t able to drive and is filling out an absentee ballot with Brazely. She said this opportunity gives her peace of mind.

“Every day, I get a text that the post office might be closed, but I know that this church will cover it,” she said.

This church is invested in much more than worship and has been a community staple for more than 90 years.

“The church really has always been involved in the real-life drama and struggle of our community,” said Pastor Frank White.

Pastor White and Shelley Brazely are teaming up to make sure their community knows they can lean on the church for any help—whether that’s in the pews or at the polls. White said it’s an opportunity to keep hope alive.

“Without hope, life fades very quickly…dreams die,” said Pastor White. “I am a prisoner of hope. I can never stop believing, and it becomes my job as well as many other voices to be that trumpet of truth and to be a shining light and to help the downtrodden, and the disenfranchised.”

He and Brazely know that togetherness is the first step in keeping hope for change alive.

For Brazely, making all the trips to and from the board of elections is just the start of her fight. She is building resource kits to help other churches set up a similar system.

“This is not just a one-time ‘We get people to vote.’ This is the beginning of a movement,” said Brazely.

A movement for representation, for trust, and as Brazely said “of building the total community.”

If you'd like to find out more about Brazely's work and set something similar up for your own church, contact the church HERE.