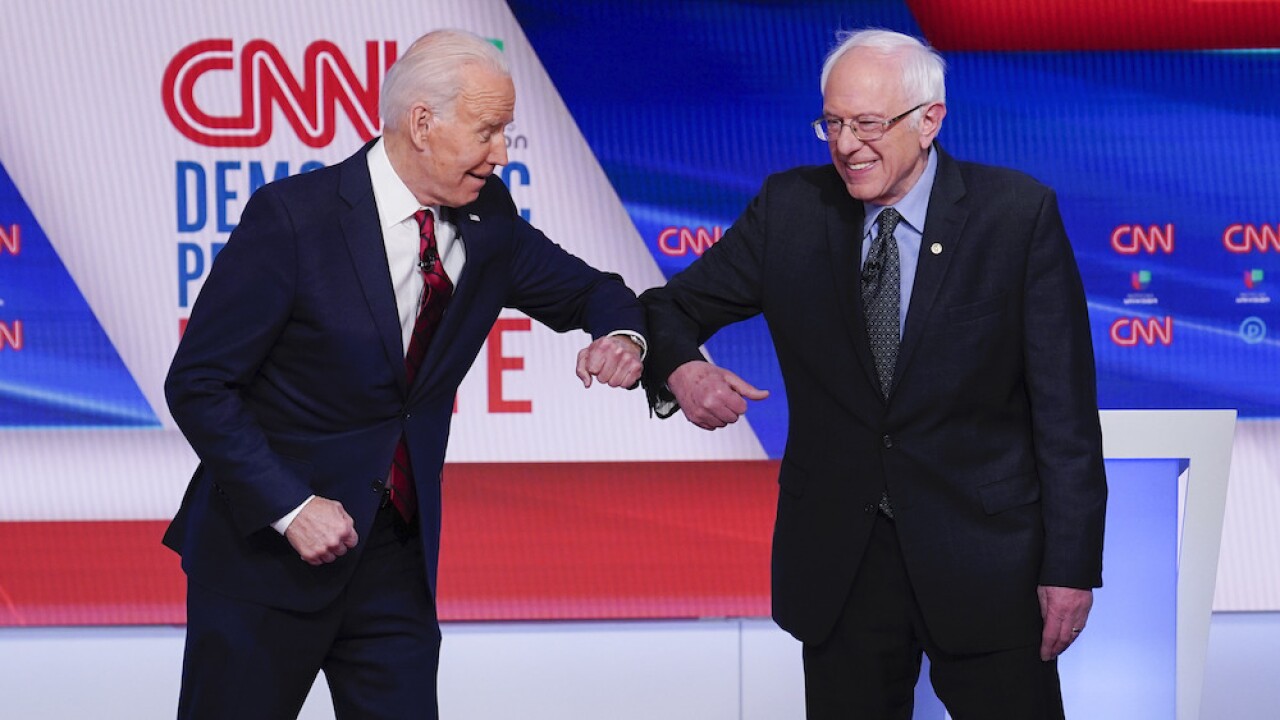 Copyright 2020 The Associated Press. All rights reserved.
Evan Vucci /AP
FILE - In this March 15, 2020, file photo, former Vice President Joe Biden, left, and Sen. Bernie Sanders, I-Vt., right, greet one another before they participate in a Democratic presidential primary debate at CNN Studios in Washington. Alaska Democrats are deciding their choice for the party's presidential nominee, as just one major candidate, Biden, remains actively campaigning. Results are expected Saturday, April 11, in the party-run primary, which became an exclusively vote-by-mail affair after concerns with COVID-19 scrapped plans for in-person voting sites and pushed back the original primary date of April 4. (AP Photo/Evan Vucci, File)

Sanders suspended his campaign last week but did not offer a full-throated endorsement of Biden at the time. He did say that Biden was a "good man," and repeatedly stressed that he hoped President Donald Trump would lose the general election in November.

We must come together to defeat the most dangerous president in modern history. I'm joining @JoeBiden's livestream with a special announcement. https://t.co/AC3zh3ChX3