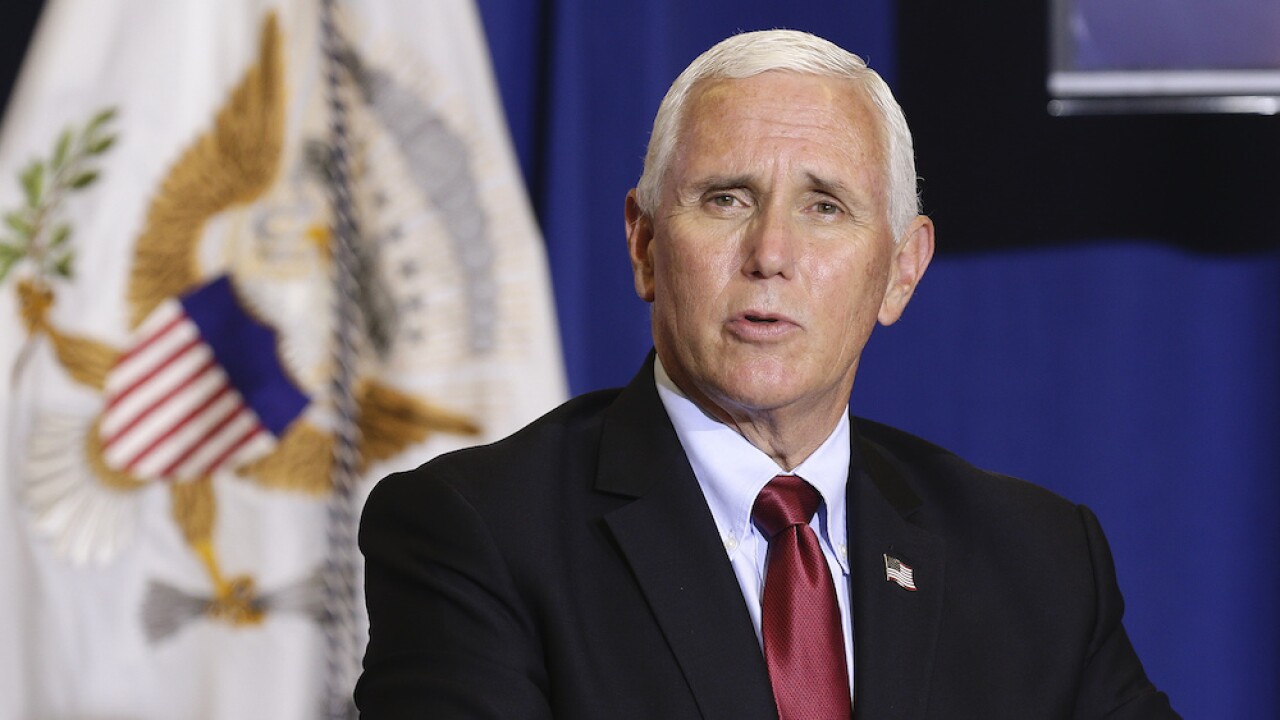 A motorcade escorting Vice President Mike Pence to a series events near Pittsburgh was involved in two accidents on Thursday, according to reporters in the press pool.

Reporters for NBC News and Newsmax say that after Pence arrived at a Western Pennsylvania airport, a Trump campaign bus was involved in a "minor accident" with a dump truck. Though the Vice President was aboard the bus at the time of the accident, he was unhurt. Pence immediately left the bus and moved to a limo.

Later, the outlets report that two motorcycles in the motorcade were involved in an accident. Neither driver was injured, and the motorcade was again on the move shortly after.

On Thursday, Pence tweeted his thanks to all law enforcement officers involved in his motorcade.

Grateful for all of the law enforcement officers who support us and help get us safely to where we are going each day. Thank you for all you do!

Pence is in Pittsburgh for a series of campaign events. He's first meeting with the Greenburg Police Department for a "Cops for Trump" event. He'll then head to the Guy Chemical Company in Somerset, Pennsylvania for a tour.