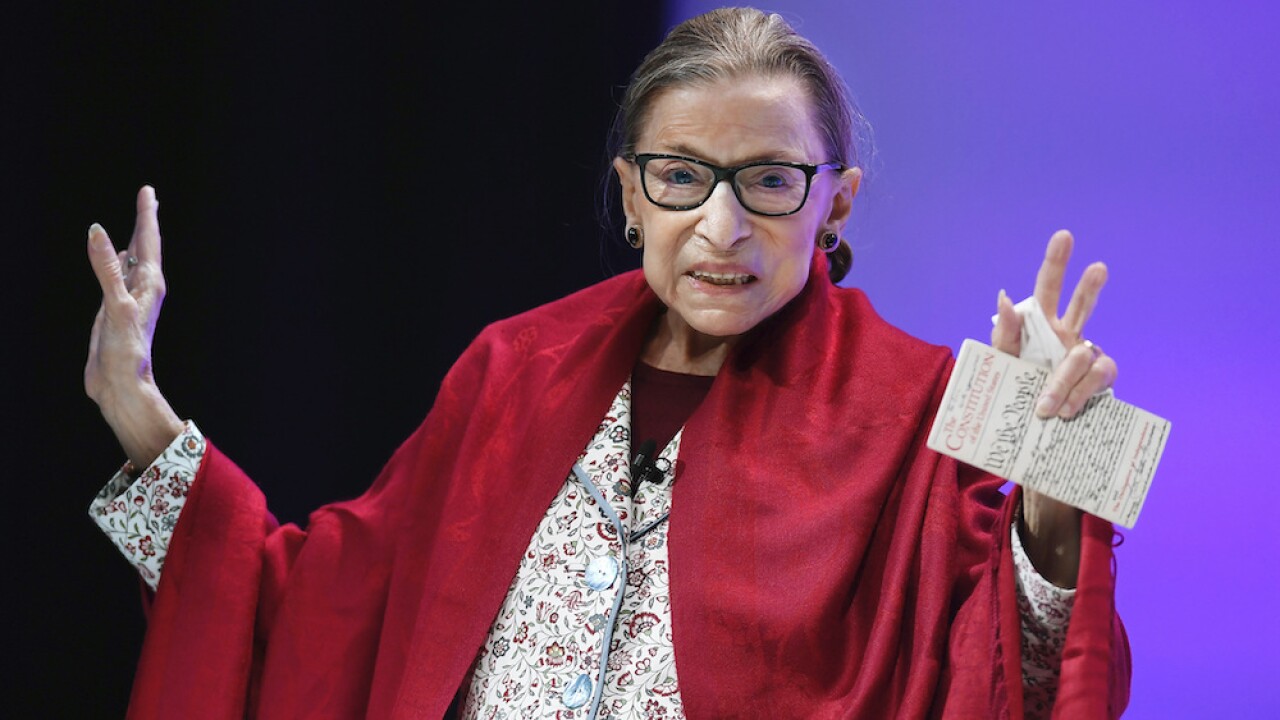 Justice Ruth Bader Ginsburg will lie in repose on the steps of the Supreme Court Building in Washington, D.C. on Wednesday and Thursday and will lie in state at the Capitol Building on Friday.

In a press release Monday, the Supreme Court said Ginsburg's casket would arrive at the Supreme Court building at 9:30 a.m. ET Wednesday morning. After a private ceremony with Ginsburg's close friends, family and members of the court, Ginsburg will lie in repose on the front steps of the building.

On Friday, Ginsburg will lie in state at the U.S. Capitol on Friday following a formal ceremony, according to a press release from House Speaker Nancy Pelosi.

A private funeral service for Ginsburg will be held next week at Arlington National Ceremony.

Ginsburg died Friday at the age of 87. She was appointed in 1993 by President Bill Clinton and served 27 years on the court.

Ginsburg's family says her dying wish was that whoever is elected president in November should name her replacement. However, President Donald Trump said he will nominate her replacement, and Senate Majority Leader Mitch McConnell says the Senate will hold a vote before election day.

In an interview Monday, Trump said that he plans to nominate Ginsburg's replacement "Friday or Saturday."