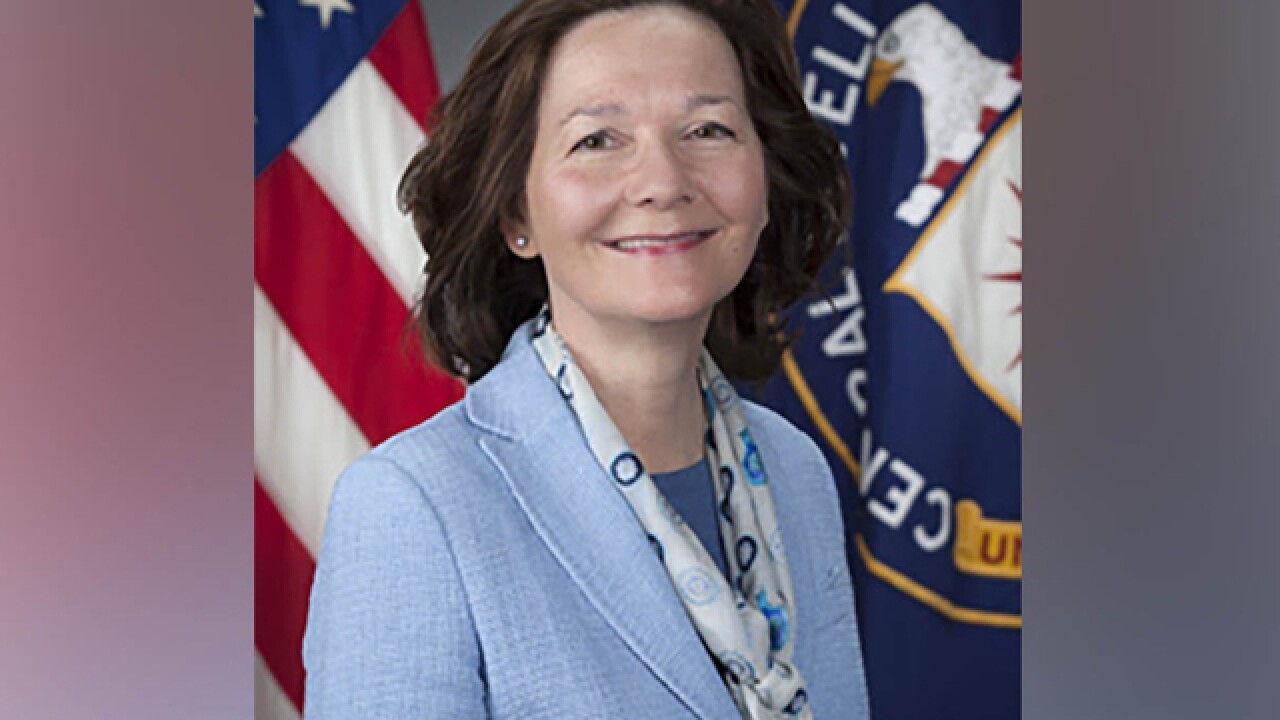 © 2018 Cable News Network, Inc.
CIA via AP
<p>President Donald Trump's pick to head the CIA, Gina Haspel, would be the first female director of the intelligence agency if confirmed.</p>

President Donald Trump's pick to head the CIA, Gina Haspel, would be the first female director of the intelligence agency if confirmed.

Haspel, who served as deputy director of the agency under Mike Pompeo, Trump's pick to replace Rex Tillerson as secretary of state, since February 2017, has accepted the new role, saying in a statement that she was "grateful to President Trump for the opportunity, and humbled by his confidence in" her.

Haspel is a career intelligence officer who joined the CIA in 1985.

In recent months, Haspel has been running the day-to-day operations at the agency, while Pompeo spent a lot of time at the White House, according to former and current CIA officials with knowledge of the matter and a former White House official.

During her time at the agency, Haspel has held several senior leadership positions, including directorial roles in the National Clandestine Service and in the Counterterrorism Center, as well as several Chief of Station roles, a news release from the CIA said. Haspel has received several awards in her career, including the Presidential Rank Award -- the most prestigious award in the federal civil service.

According to The New York Times, Haspel has spent most of her career undercover.

While running a CIA prison in Thailand, dubbed a "black site," Haspel oversaw the torture of two terrorism suspects and her name was on a cable giving instructions to destroy video evidence documenting their interrogations, according to the Times. One of the suspects was reportedly waterboarded 83 times in one month.

Haspel, the Times reported in February, played a direct role in the agency's program that gave captured militants to foreign governments and held them at secret sites, where they were tortured by CIA staff.

Haspel was Jose Rodriguez's chief of staff when he ran the CIA's Counterterrorism Center, according to former CIA officials. According to Rodriguez's memoir, "Hard Choices," he asked Haspel to prepare a cable granting permission to destroy tapes of the interrogation sessions of terror detainees -- including Abu Zubaydah, an Al Qaeda suspect who was waterboarded while in CIA custody, according to a Senate report -- with an industrial shredder. However, Rodriguez said he personally sent the cable.

Haspel will likely face questioning in her Senate confirmation for her involvement in the Thailand incident.

In 2013, California Democratic Sen. Dianne Feinstein blocked Haspel's promotion within the clandestine service, the Times reported. And in 2017, a handful Senate Democrats called on Trump to withdraw Haspel from consideration for her role as deputy director, according to The Hill.

Feinstein told reporters on Tuesday that Haspel has asked to speak with her, and that she has a lot of questions for the new appointee.

"Since my concerns were raised over the torture situation, I have met with her extensively. Talked with her. She has been, I believe, a good deputy director. She seems to have the confidence of the agency, which is good," she later said.

Following Tuesday's news, at least two Democratic senators, Tammy Duckworth of Illinois and Ron Wyden of Oregon, signaled that they did not support Haspel's promotion. Republican Sens. John McCain of Arizona and Susan Collins of Maine said questions about her work will be raised. McCain said she "needs to explain the nature and extent of her involvement in the CIA's interrogation program" during her confirmation.

Outside Capitol Hill, Haspel faces another strong opponent in Washington: the American Civil Liberties Union, which has concerns over her involvement in Thailand and whether as a career CIA employee, she has the independence needed for a CIA director. The organization has called on the CIA to declassify "every aspect of Haspel's torture record before considering the nomination."