Felons could play a major role in the presidential election

Felons could play a major role in the presidential election 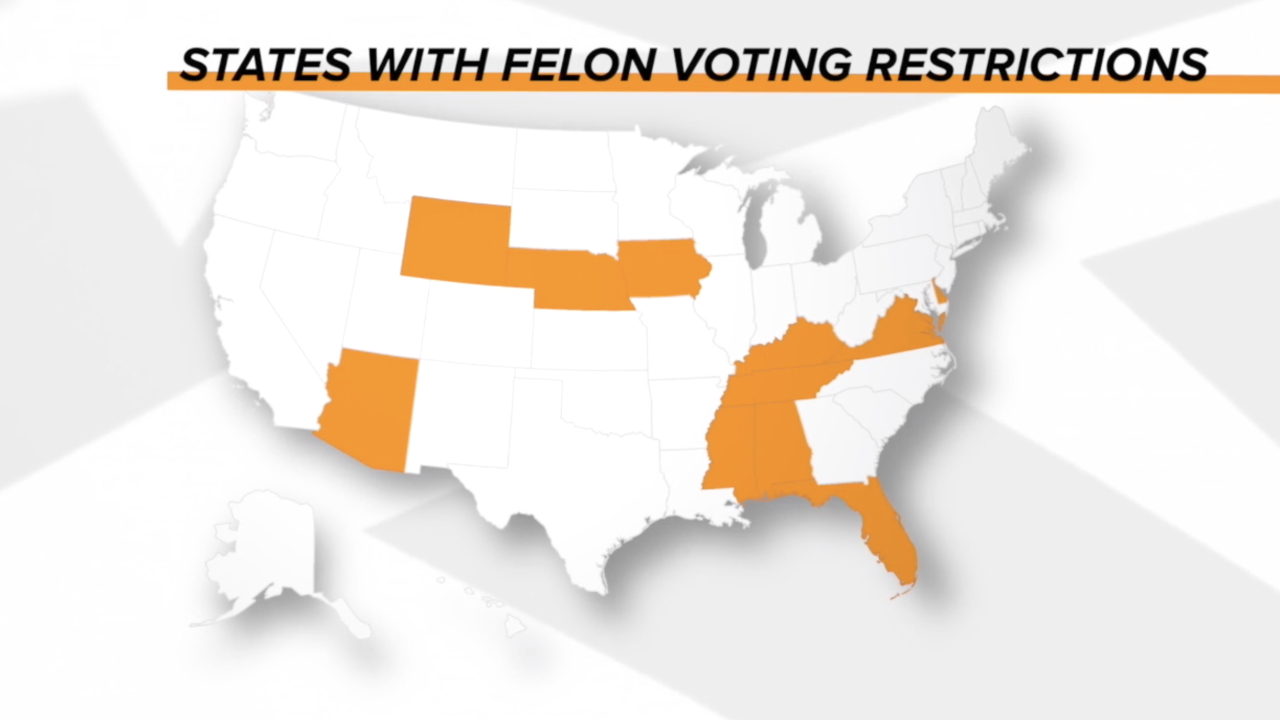 With five months to go until the November election, a unique group of voters could play a pivotal rule in deciding the next president: felons.

A Florida judge recently ruled felons, who have left prison, should not be required to pay fines before they are allowed to vote.

Last year, Florida's governor signed a law making it a requirement to vote again. The judge referred to it as a “pay-to-vote system."

Florida's governor is appealing the ruling.

The issue of what voting rights felons have varies across the country and depends on where the felon resides.

Some states, like Maine, allow felons to vote while incarcerated.

In the majority of states, felons are automatically allowed to vote after they leave prison.

In Iowa, felons aren't allowed to vote at all.

Meanwhile in Virginia, their constitution bans felons from voting, but the governor has been using his authority to allow nonviolent felons to vote if they fill out a form.

It's estimated there are around 1 million potential Florida voters impacted by the legal ruling.

Given Florida's swing state status, that is a lot of new voters potentially up for grabs.

While the ruling is being appealed, it's unclear if it will be taken up by the Supreme Court before November's election.

"I think there is certainly a movement to give people second chances, to let them rejoin the electorate," Julie Ebenstein, an ACLU lawyer who helped argue the case, said.

Ebenstein believes this could impact other states in encouraging legal challenges.

While Democratic leaders, for the most part, have taken steps to allow more felons to vote in recent years, it is unclear if it helps their party when it comes to elections.

A Vox study found felons participate in elections at low rates and traditionally do not favor one party or another in large numbers.

"It's about 50-50 down the line inside," said Barbara Barrick, a Virginia felon, about the political affiliation of those who have served time.

Barrick is following the Florida case because she believes felons should be treated equally regardless of the state in which they live.

Barrick received her voting rights back in 2018 after the governor of Virginia issued a special order.

"When I voted for the first time last November, I felt so real. I put my little sticker on. I was prancing around. I actually cried," Barrick said.