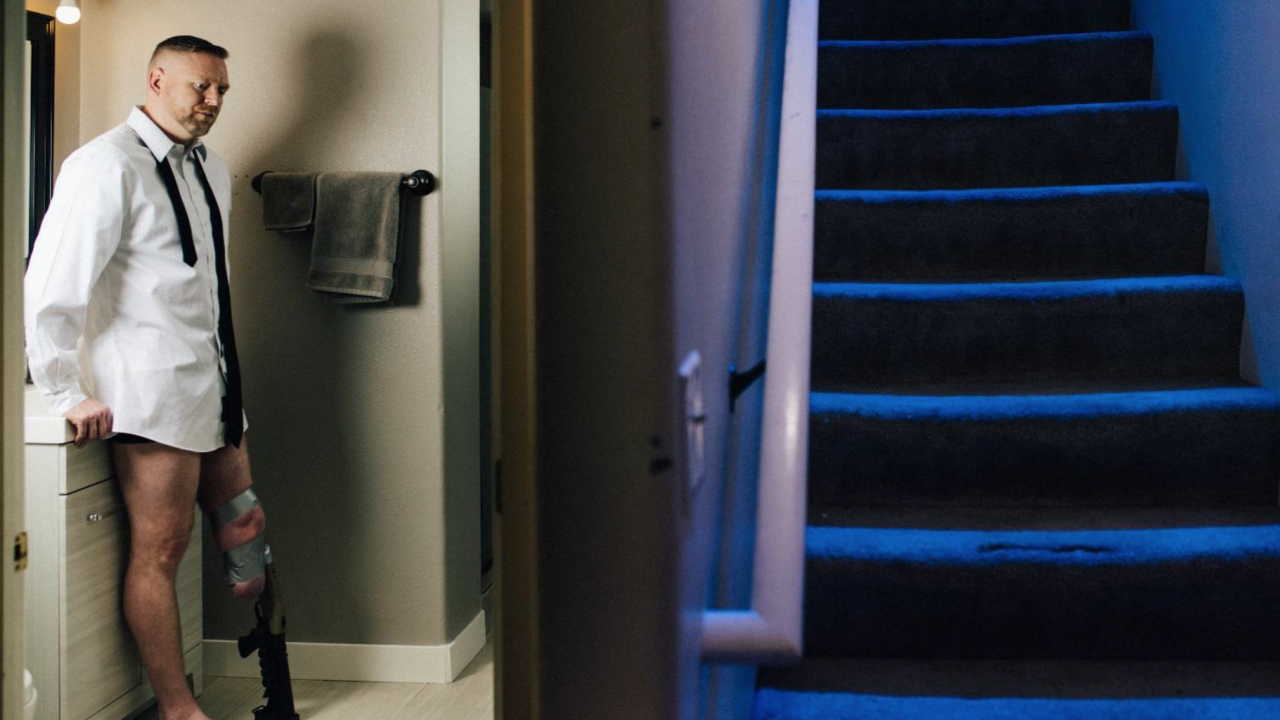 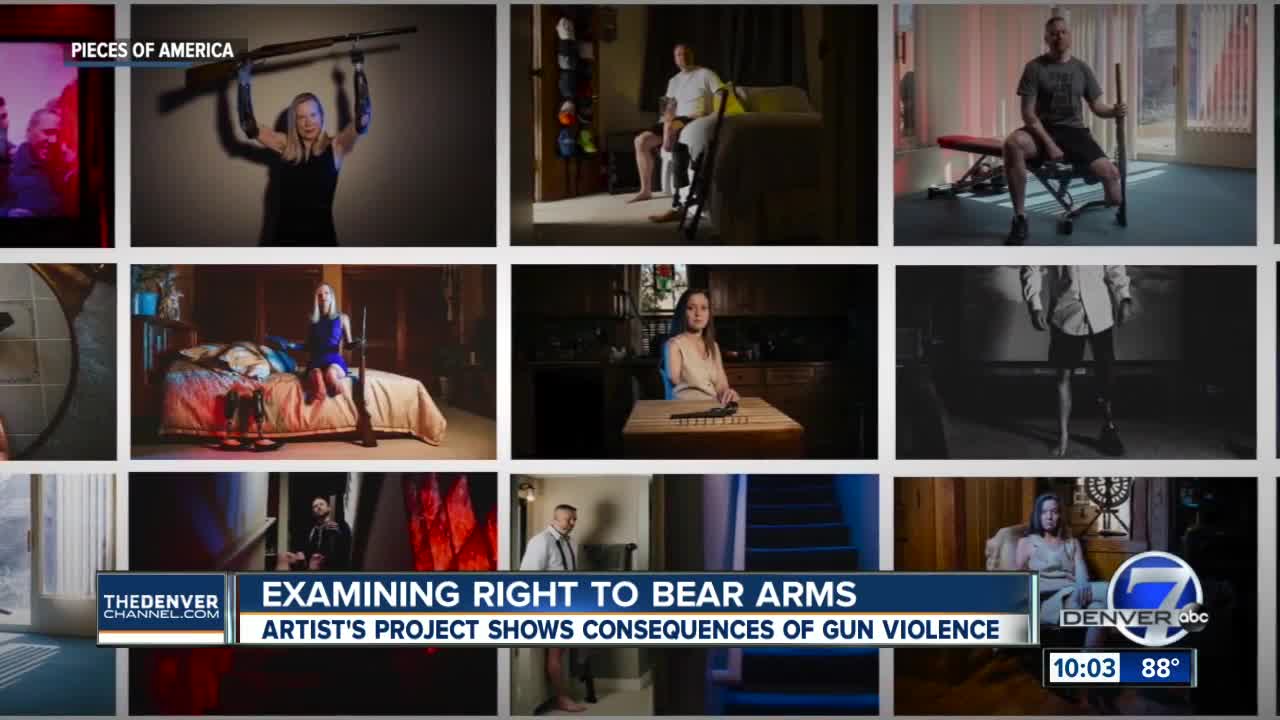 AURORA, Colo. -- The letter came from the other side of the world, and Joshua Nowlan couldn't help feeling intrigued.

An artist living in Copenhagen, Denmark, was asking for permission to photograph him.

"I cannot begin to imagine what you have been through," the letter read, and Nowlan had a flashback to July 20, 2012.

"Even after seven years, it still seems like it was yesterday," said Nowlan, who was shot in the arm and the leg in the Aurora Theater Shooting. After five years of intense pain, he made the decision to amputate his leg, a decision that led Danish artist Martin Martensen-Larsen to his door.

"The idea was to try to find people who had been part of a shooting incident and then lost a limb as a consequence of that," said Martensen-Larsen, who collaborated with Danish photographer Zarko Ivetic to explore the cost of the right to bear arms in the United States with a series of portraits titled "Pieces of America."

The photos are jarring, substituting limbs with weapons, visually connecting the gun with the body part or parts lost and asking, "Does the right to bear arms collide with the right to have a fully body?"

Captions include "From my cold, dead hands" and "Forever hold your piece."

Martensen-Larsen insists the project is not anti-gun, but an effort to explore gun culture in America.

"We don’t take any stance on this, but we see it’s a part of American culture, it’s a part of your DNA," said Martensen-Larsen, who was surprised to learn all of the subjects he photographed either own weapons or plan to own weapons. "There are good people on both sides, and we want to bring both sides together with this project to have a fruitful debate."

PHOTOS: "Pieces of America" examines the cost of the right to bear arms in the United States

For Nowlan, the project was an opportunity to continue a conversation. He said people often assume that as a shooting survivor, he would fall on one side of the gun control issue.

"But I've always been a [believer] in the right to bear arms," said Nowlan. "Everybody has their right to protect themselves from any danger."

However, he also thinks it is important to raise awareness about what happens to the people who survive gun violence.

"To me, personally, this is my favorite [photo] because it really shows who I am and what happened to me," said Nowlan, looking at the portrait of himself standing in front of a big screen playing "Dark Night Rises," the movie he was watching the night he was shot. "You can see the struggle in my face, and the sadness. I'm hoping it will also show the power behind it. That I’m still not afraid of the movie. I’m not afraid of the weapon, and I’m trying to represent power and reflection."

Nowlan believes art is in the eye of the beholder, but he hopes some people will see the positive message about survival that he is trying to send.

"I’m not trying to be a poster boy to tell people what they should believe and how they should act when it comes to our gun rights," said Nowlan. "I'm hoping if somebody out there sees my pictures, sees that I am putting myself out there, living my life, and they see the positive side and use that as a motivation for themselves, then I did my part."

Some of Martensen-Larsen's photos from "Pieces of America" will be on display for the first time in the Conceptions Art Show in New York City on Aug. 1.

The artist plans to continue to show them internationally to spark conversations all over the world.