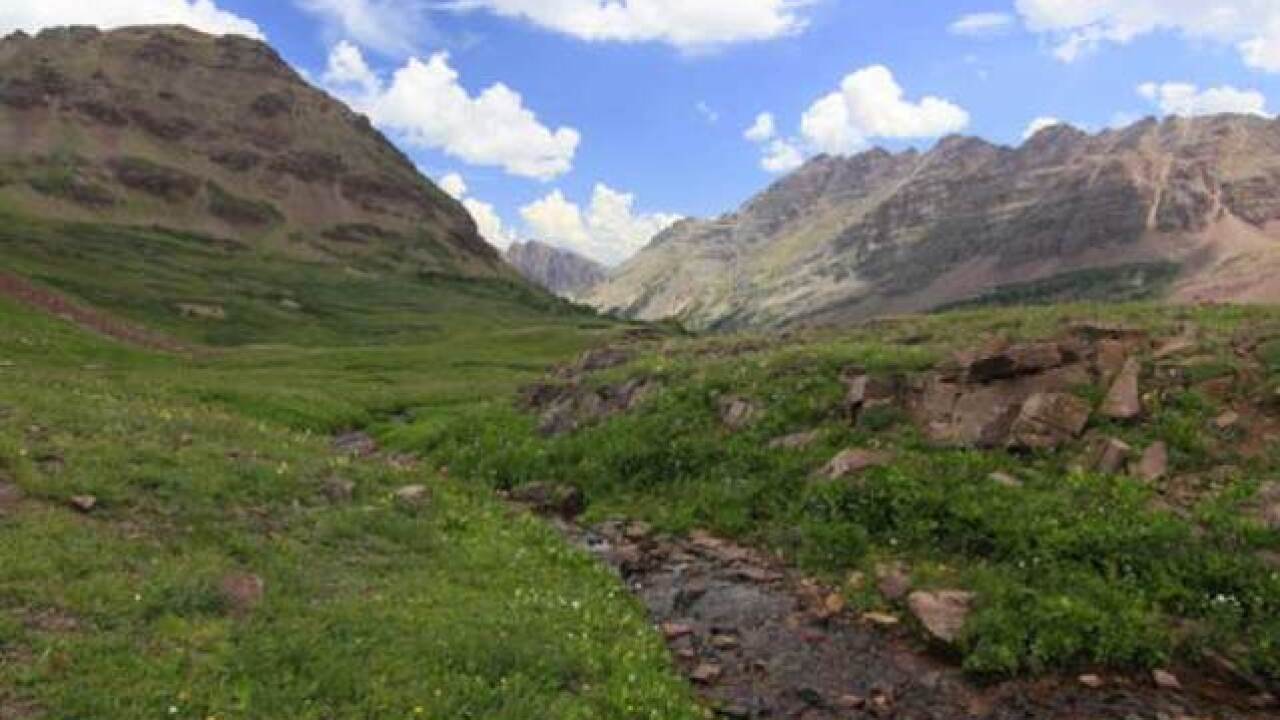 An ultra runner had to be rescued from the Four Pass Loop trail near Aspen.

Two runners, one from Washington, D.C. and one from San Francisco, set out Sunday to run the loop.

However, 14 miles into their run, on the north side of Frigidaire Pass, Jung Wook Kim, 29, of Washington, D.C., began developing symptoms of acute altitude sickness, according to the Pitkin County Sheriff's Office.

"The two runners made their way back over West Maroon Pass and got to within 1.5 miles of Crater Lake," deputies said.

However, Kim's condition deteriorated and his running partner left him with some backpackers while he went for help.

Kim's running partner was able to call for help at 8:41 p.m.

"It was determined an immediate extraction was necessary," deputies said. "Summit County Flight for Life was able to perform a nighttime mission to accommodate this request."

The patient was flown, via helicopter, to Saint Anthony’s Hospital in Denver. His condition has not been released.

The Four Pass Loop is a popular, 27-mile backpacking loop over four 12,000-foot passes with nearly 8,000 vertical feet of climbing.