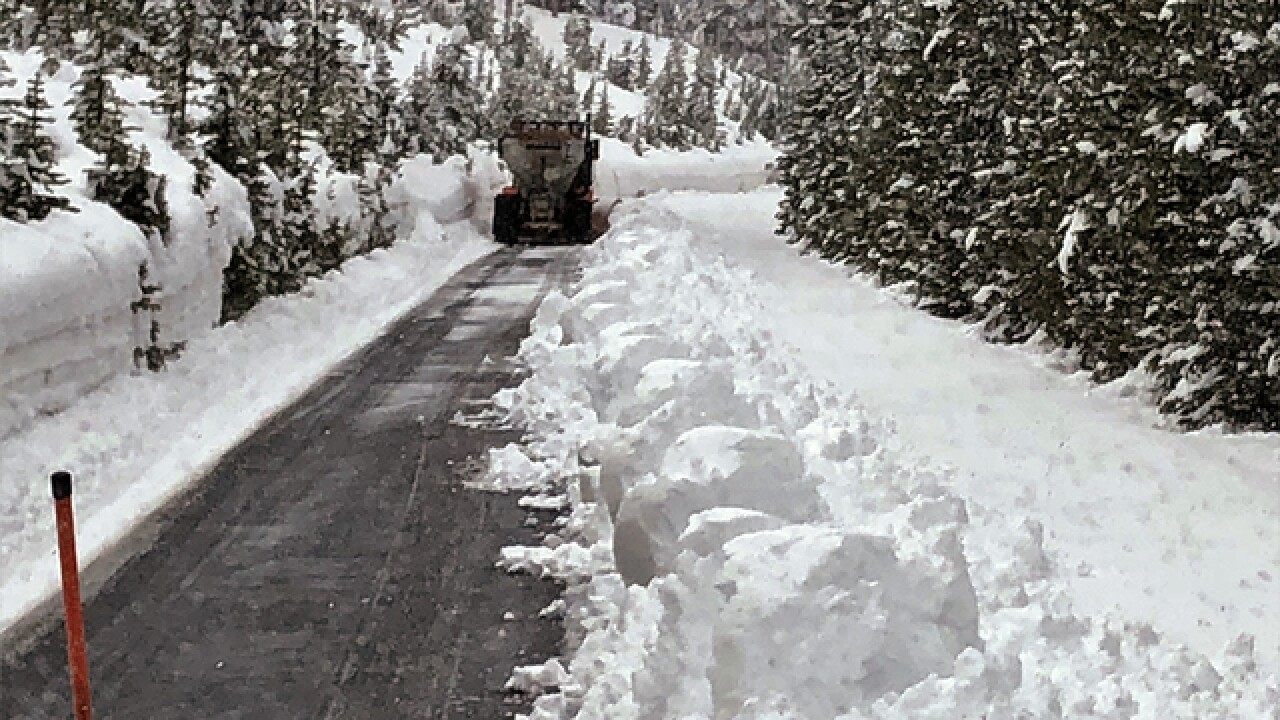 DENVER – Trail Ridge Road in Rocky Mountain National Park is expected to reopen before the start of the Memorial Day weekend – and just a day after U.S. 34 reopens at the Big Thompson Canyon.

Crews from the National Park Service (NPS) started plowing the snow - up to 20 feet tall snow drifts in some locations - off the scenic byway in the middle of April, Rocky Mountain National Park spokesperson Kyle Patterson said in a press release.

In order to accomplish the feat of removing the snow from 48 miles of highway, crews from the west and east sides move along the road to meet at the Alpine Visitor Center.

This year, crews ran into average or below average snowpack in many locations along Trail Ridge Road, and rain as well as significant sunlight helped with melting snow off the road over the last two weeks, Patterson said.

The road, which connects Estes Park on the east and Grand Lake on the west, typically opens for the Memorial Day weekend.

Last year, however, a late spring storm that dropped more than 3 feet of snow in lower elevations of the park prevented crews from opening of the road for the public.

The scenic route is the highest continuous paved road in the United States and reaches an elevation of 12,183 feet (3,713 meters).

GALLERY: 26 Colorado scenic byways that will take your breath away