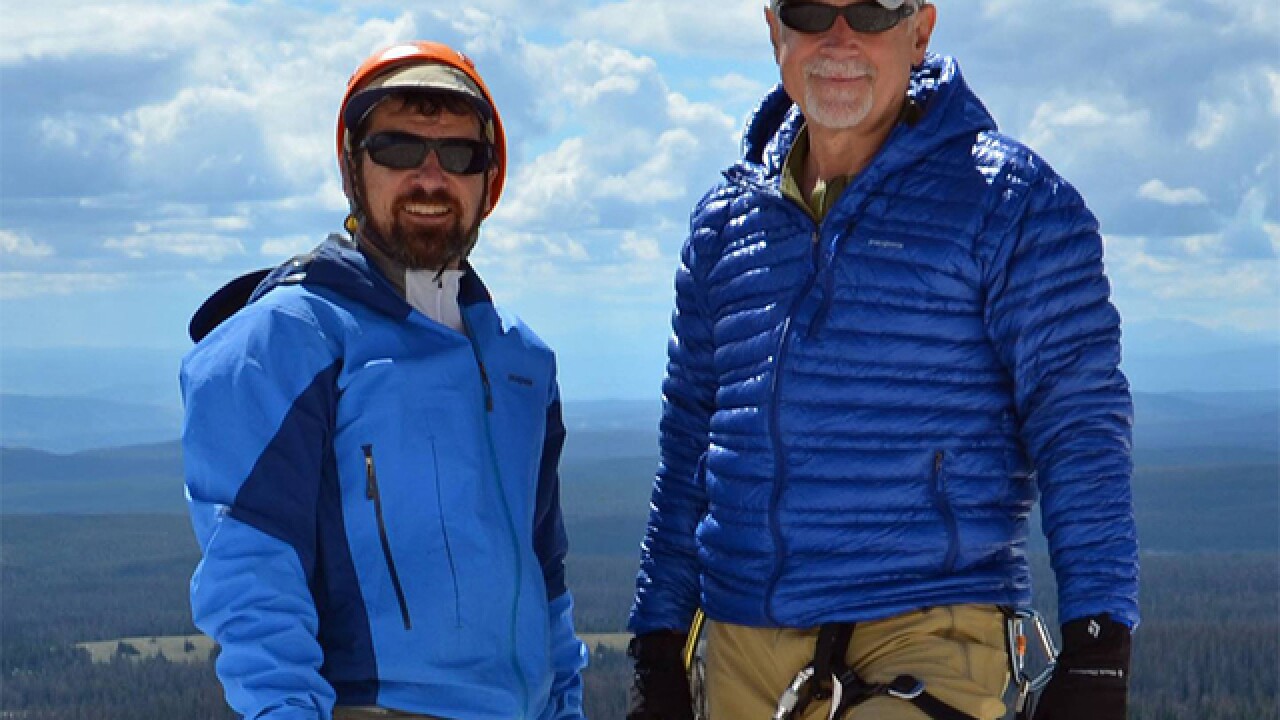 DENVER – An experienced Colorado mountain climber is recovering after he was blown off by 90 mph wind gusts at Rocky Mountain National Park earlier this moth.

Alan Arnette, 60, and his long-time hiking buddy, Jim Davidson, were on the Twin Sisters Trail on Feb. 10 training to conquer higher mountains when the increasing winds forced them to head back.

As they came down from the mountain, Arnette describes 90 mph wind gusts coming out of nowhere, sweeping him off his feet and pummeling him into the rocks.

“I went airborne about 8 feet and downhill about 20 before coming to rest on my left side, head uphill, in the most sharply intense, indescribable pain of my life,” Arnette described in a Facebook post three days following the fall.

He didn’t know it yet, but he had broken his tibia in three different places and his fibula in another. “It was a debilitating pain that I’ve never felt any time in my life,” Arnette said.

In his anguish, Arnette recalls it was his friend who helped him through the whole ordeal.

“I’m here with you, you’re not alone,” is what Arnette remembers Davidson saying to him as the 60-year-old lay on top of the rocks with broken bones and a bloody face.

“If it wasn’t for Jim, I wouldn’t be alive today,” Arnette told Denver7.

Davidson was able to get a hold of 911 and first responders were able to get him in touch with the National Park Service.

Search and rescue teams from both RMNP and Larimer County helped Arnette reach safer grounds. In total, about 40 volunteers helped in the rescue, according to Kyle Patterson, a spokesperson for Rocky Mountain National Park.

“I’m grateful for these people,” Arnette told Denver7, adding that he was in tears after realizing how many people came to his rescue.

It took about four hours for search and rescue crews to reach Arnette, who was battling not only intense pain, but also strong, cold winds that Friday afternoon.

It took another five hours for crews to sled him down and reach the trailhead and for Arnette to be sent to Estes Park Medical Center for treatment.

After spending five days in the hospital, Arnette was released and is undergoing physical therapy to get back on the trails within the next year.