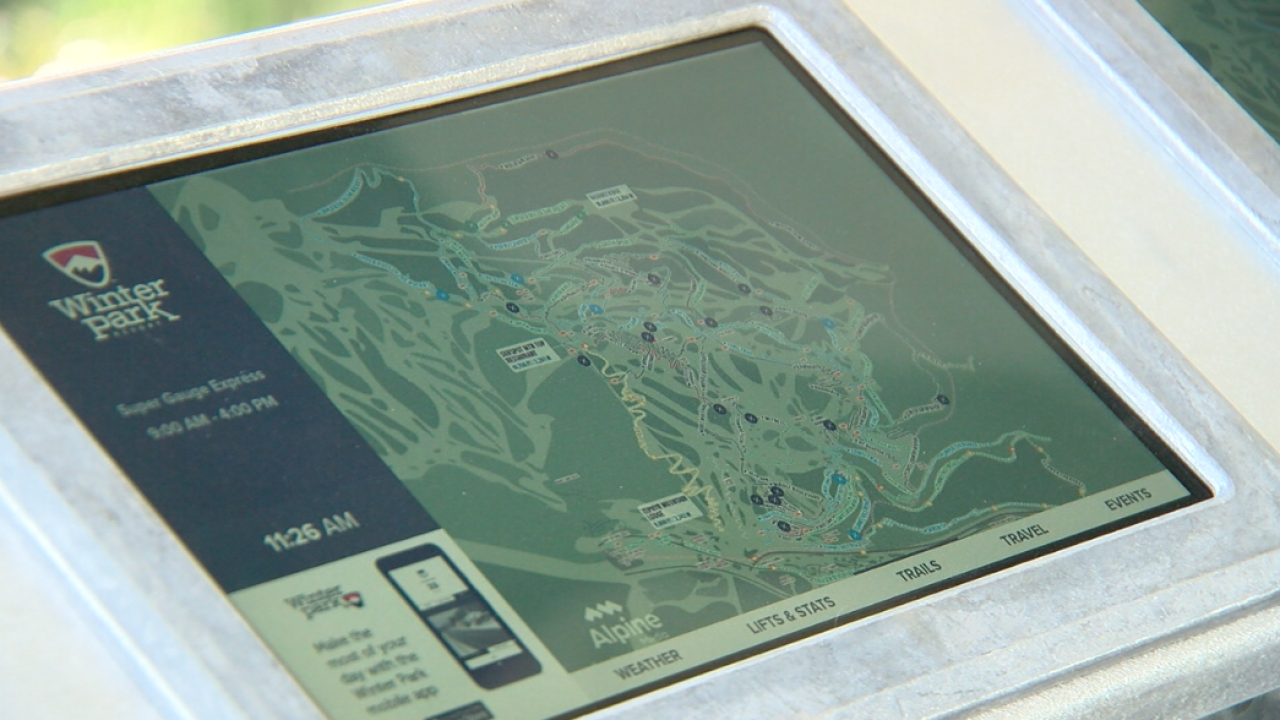 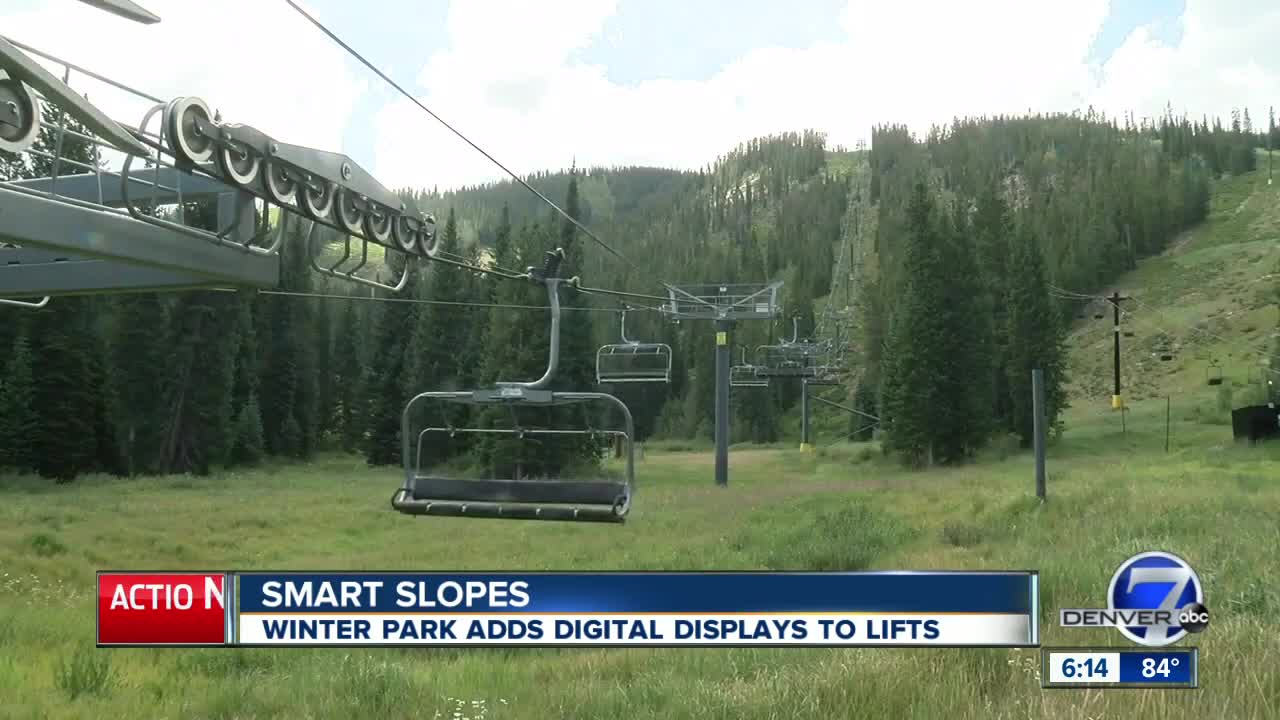 WINTER PARK, Colo. — When this year’s ski season opens, new technology will welcome visitors to one of the lifts at Winter Park’s Mary Jane Base.

Each chair of the Super Gauge Express lift will be equipped with multiple digital screens attached to the safety bar, providing real-time information to skiers.

The digital displays and the way to power them are the brainchild of Centennial-based Alpine Media Technology. The screens are similar to tablet or iPad screens, which rotate through information like digital billboards. They are battery-less, instead receiving a charge from installed cables at the base of the ski lift. In the short time the chair circles the bottom of the lift, the system is “slammed” with an electric charge to power the displays for the next twenty minutes, according to the company.

One of the features of the displays is travel information about I-70 that includes live feeds of CDOT cameras.

“Being able to see what the drive time is going to be allows people to make the decision maybe they should leave the resort a little early. Or if they know they’re going to be sitting in traffic maybe they spend that time at the resort,” Alpine Media’s CEO Freddie Peyerl said.

The screens are connected to wireless internet via 4G and can be changed on demand if a ski lift is closed or to display emergency messages, like avalanche warnings.

“We can make people's days more efficient. Help them get more out of the limited time they have in the mountains,” Peyerl said.

Alpine Media Technology is working on installing their system on all 104 chairs of the Super Gauge Express lift at Winter Park, and are expanding to even more resorts this year.

“We went from one resort to four resorts and expect to be in ten to 15 resorts this year,” Peyerl added.

But adding more tech does cost money. The company says that cost will not be passed along to skiers.

“We put the technology on the resort at no cost to the resort and we recoup our cost through advertising,” VandeKemp explained.

The ads are in the top or bottom corners of the screens, automatically running without any audio.

“There are constant ads but they take up less than 10% of the screen space,” VandeKemp added.

The company’s co-founders say there is still plenty of work to be done during the skiing off-season to finish adding all the new tech by the time the snow starts falling.