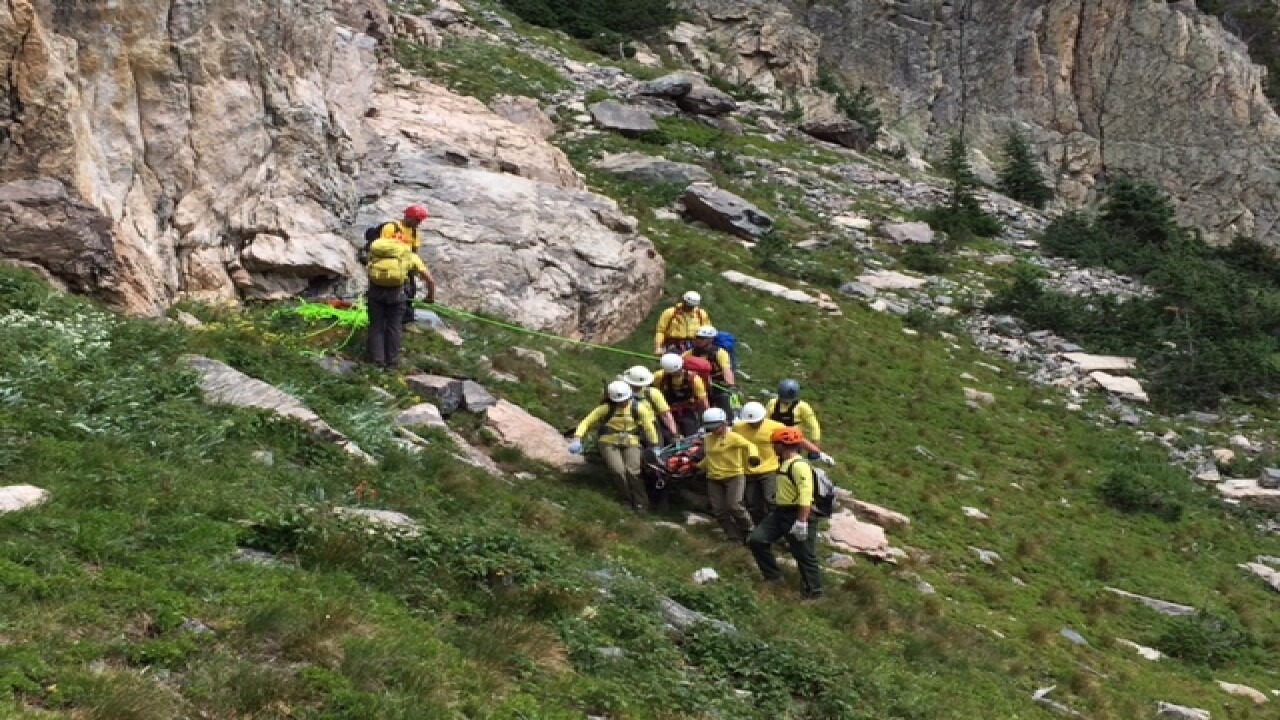 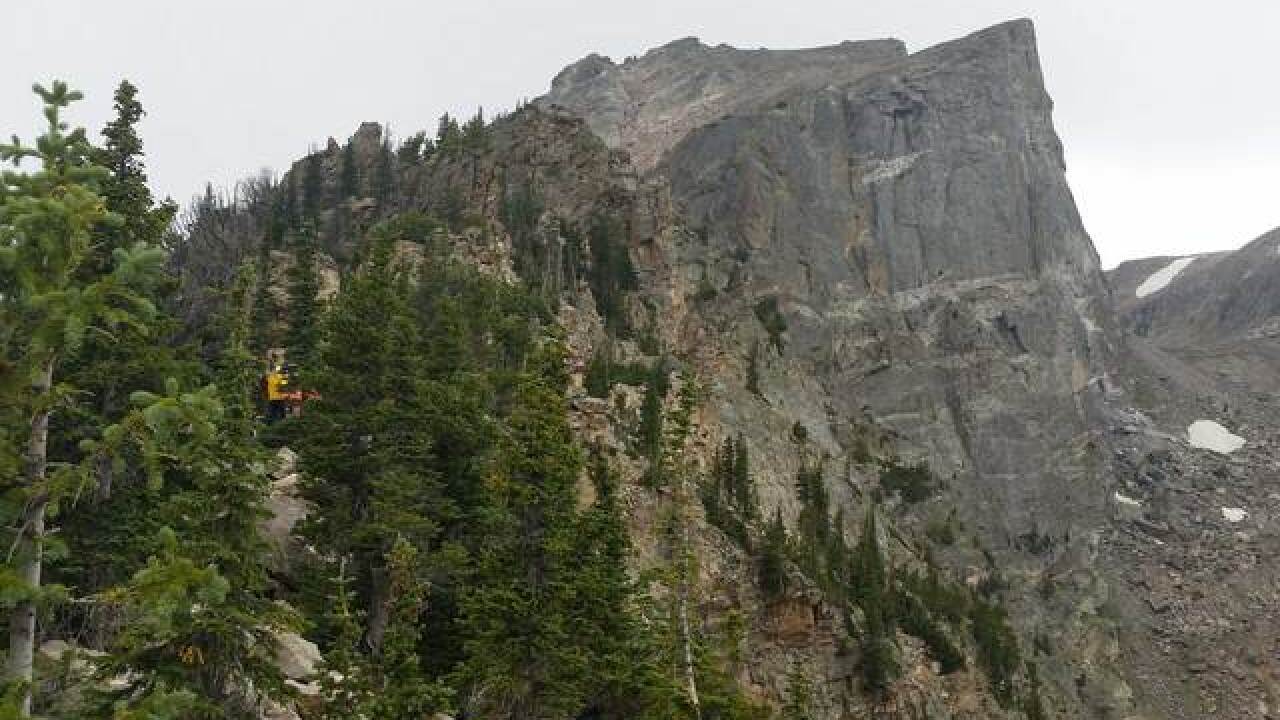 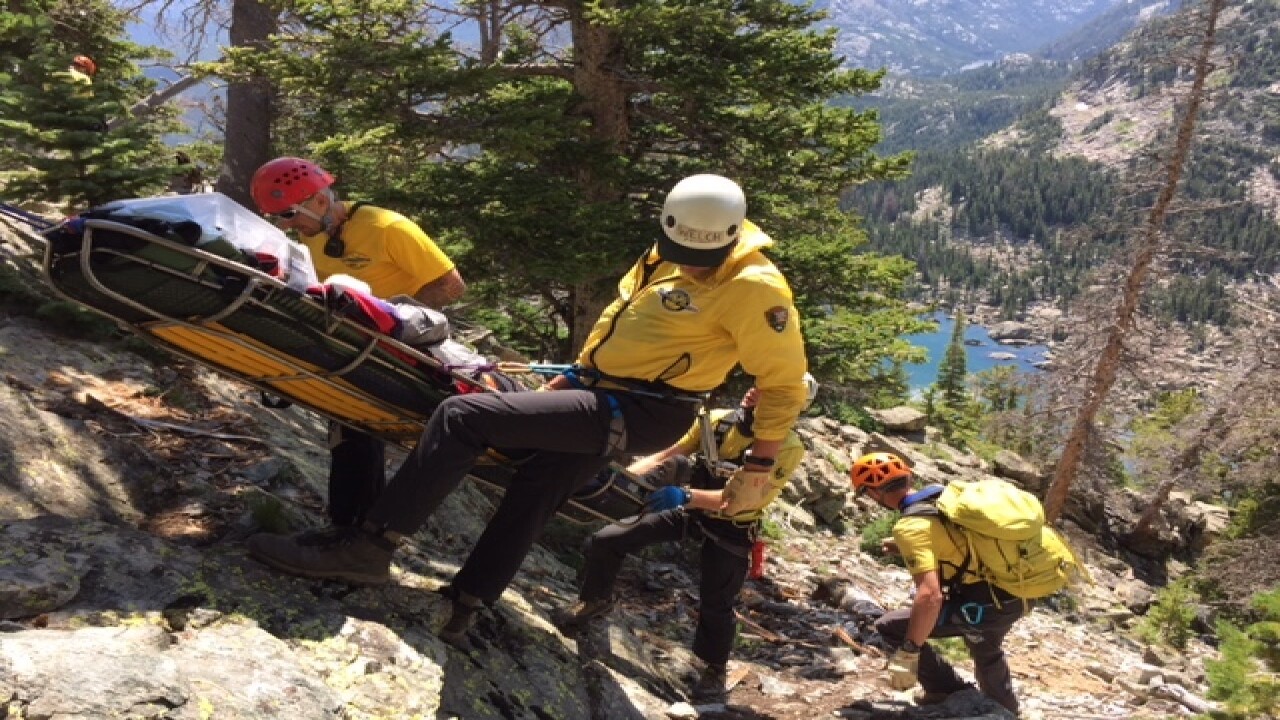 ESTES PARK, Colo. -- A hiker had to be rescued in Rocky Mountain National Park after he fell in a deep hole and was pinned by a boulder, officials said.

The hiker, from France, was hiking above Lake Haiyaha when he fell on Monday.

"He was hiking with two other people who were able to move the boulder to free his leg," Rocky Mountain National Park officials said.

However, because of his injuries, he couldn't walk.

Park rangers, including a paramedic, reached the man Monday and spent the night with him until Rocky Mountain National Park's Search and Rescue team reached the group Tuesday.

The search and rescue team evacuated the man down through the rocks and boulders, then used an inflatable raft to move him across Lake Haiyaha, officials said.

The man was moved down the trail to the trailhead on a wheeled litter, then taken by ambulance to Estes Park Medical Center. Park officials did not release the man's condition or injuries.