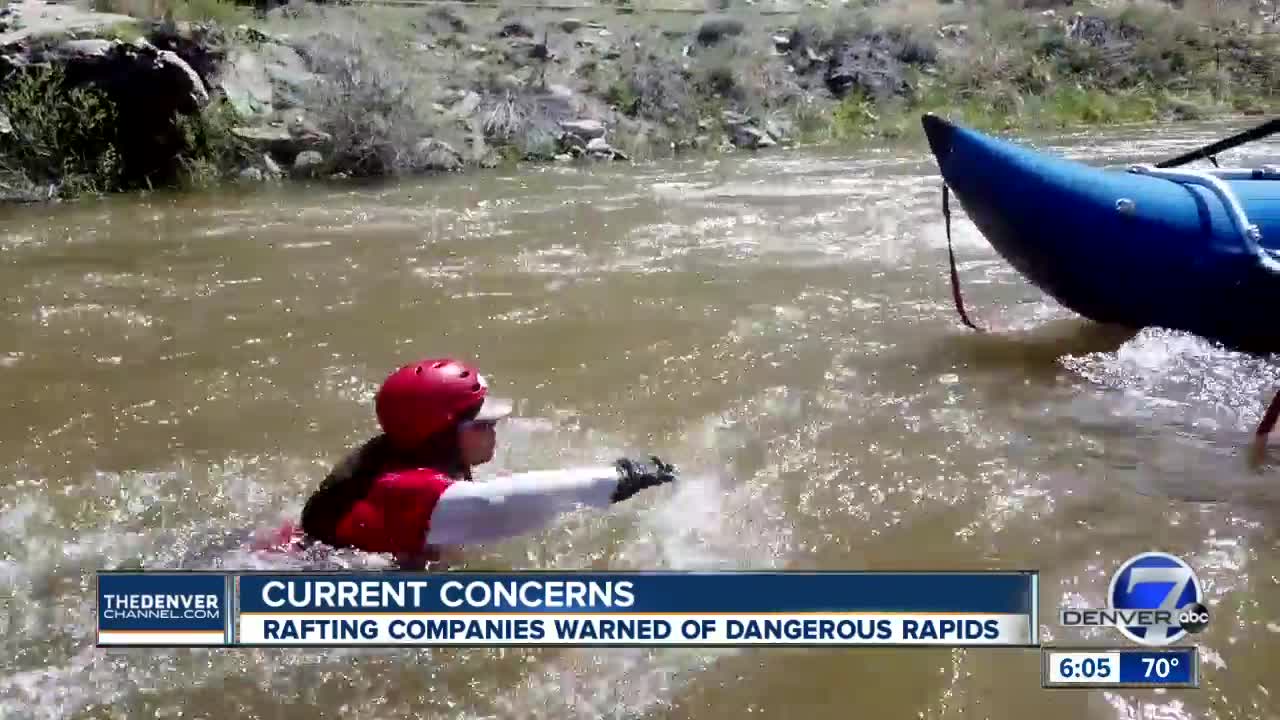 BUENA VISTA, Colo. -- In the peak of its season, several whitewater rafting companies are giving guests a ride down the Arkansas River near Buena Vista.

Owner of American Adventures Expeditions, Mike Kissack, says this year’s large amount of snowpack is leading to higher water levels, which are perfect for rafting.

“I think a lot of guests come to this and they’re very excited about the experience, but there’s a little bit of nervousness there and again, our company... we try to put them at ease, let them know these are the risks that are out there, this is what you’re signed up for, but here is how we have prepared ourselves to handle those risks and mitigate them the best that we can," said Kissack.

After getting suited up, guests go through a safety presentation where they’re prepared for the dangers associated with the thrill.

“So every year we train new staff, we train new guys, we put them through a three-week training program out there on the river and basically we try to emulate any scenario that we might encounter on the river," Kissack said.

Kissack says the river still has not reached its peak level since there still is large amounts of snowpack left.

“It’s not at any sort of record high levels right now but we are anticipating a pretty high water year," he said.

As thousands continue riding the rapids on the Arkansas River, the high water will bring an amazing ride and an increased focus on safety.