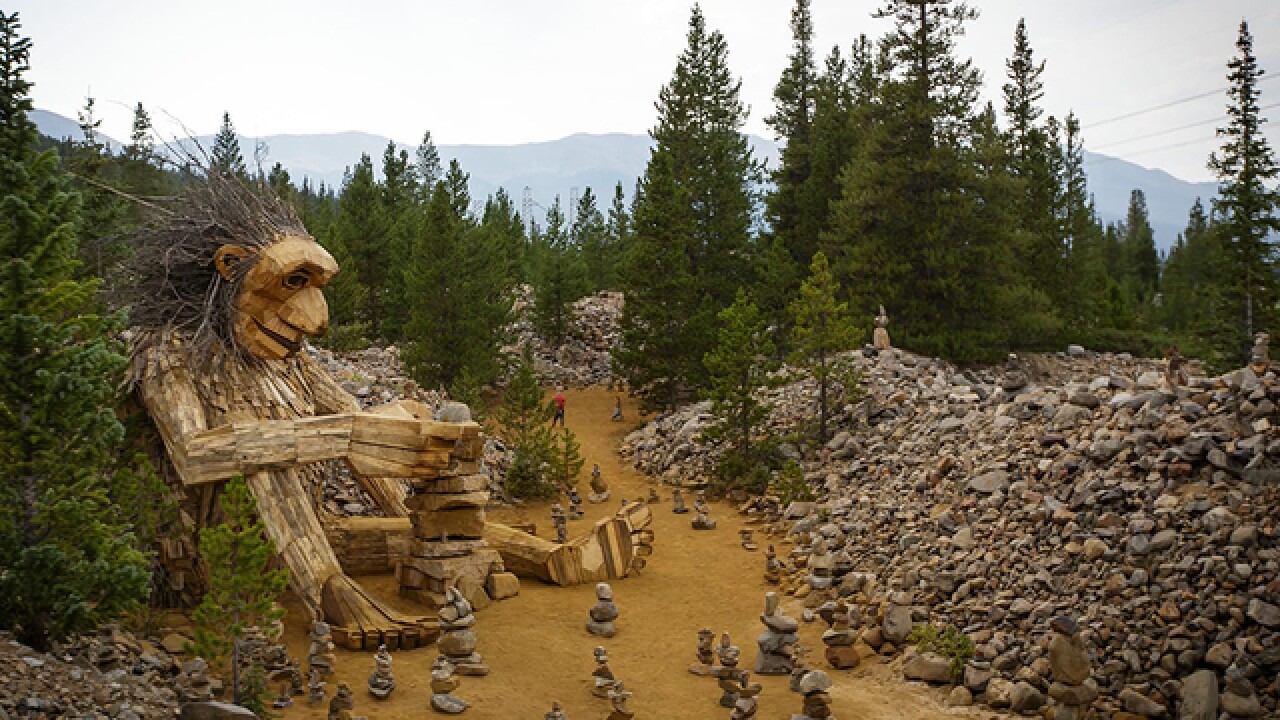 BRECKENRIDGE, Colo. (AP) — Citing public safety concerns, the Breckenridge Town Council in central Colorado has decided to remove an art piece depicting a troll that has become a tourist attraction but also rankled nearby residents.

The Summit Daily News  reports  that the council's decision on Tuesday did not specify when the troll will be removed.

The 15-foot (4.5-meter) wood troll in Breckenridge was built for a summer arts festival that ended in August.

The original plan was to leave the troll in place as long it could withstand the elements and wasn't vandalized.

However, throngs of troll-seekers have caused numerous problems for some of the nearby homeowners, who have complained about illegal parking, littering and a severe a loss of privacy, among other issues.