Is this a ghost sighting at the Stanley Hotel? 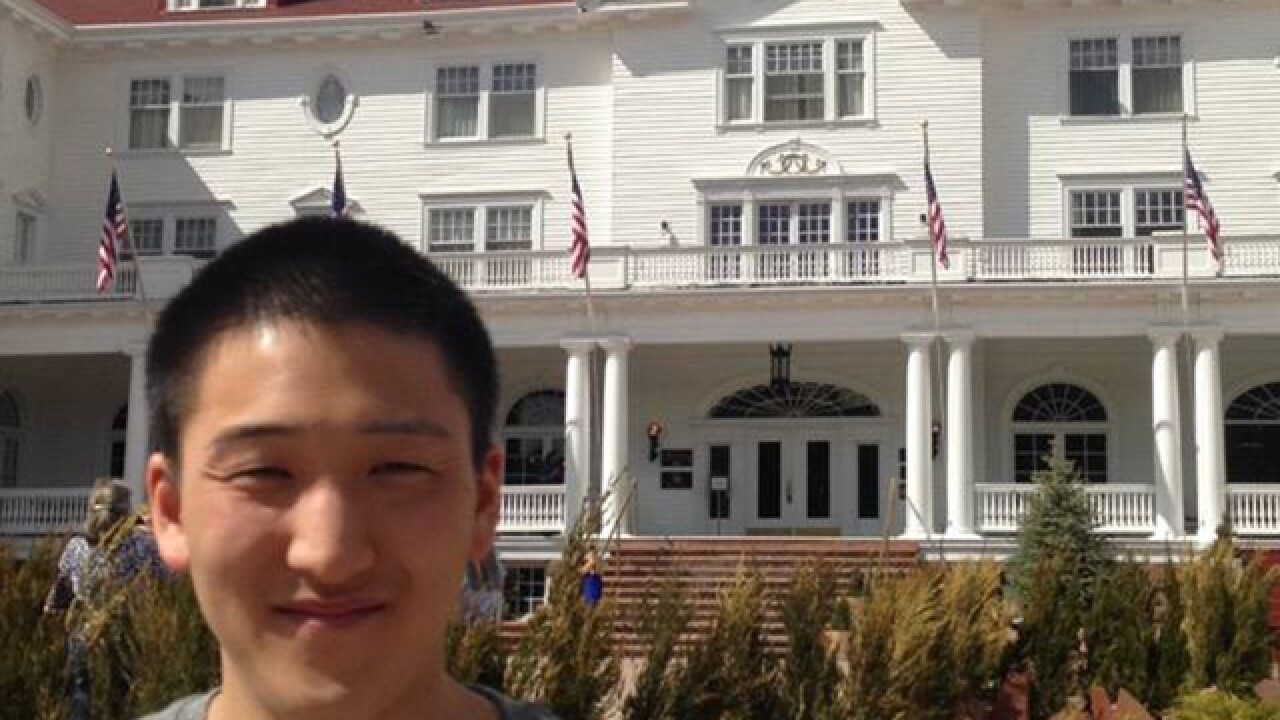 It's no secret the world-renowned Stanley Hotel has been the topic of much paranormal debate -- inspiring not only numerous tales of ghost sightings, but also one of the greatest horror masterpieces in cinematic history.

As of late though, the number of ghost sightings seems to have increased , with latest possible sighting taking place this Friday.

A couple was heading back home after a company trip to Estes Park, when they stopped at the Stanley Hotel to snap a few photos.

"He's [her fiancé, Kyle] is a big fan of Ghost Adventures and "The Shining." We took some pictures and we didn't realize anything until later last night," said Meghan Leavy, who was on a company trip for BRM Apps, a Broomfield-based company.

Do you see it? It's peeking through the window on the left, on top of Kyle's head. Still nothing?

The interesting thing about this possible ghost? It's not there when another photo is taken two minutes later.

The photo on the left with Kyle was taken at 3:35 p.m., and the one on the right was taken at 3:37 p.m., according to Leavy. But after closer examination, one can see the direction of the shadows cast by the sun differs from one photo to the other.

"I had even mentioned to Kyle that I didn't feel any ghostly vibes at all, it was a great day!" said Leavy. "But I guess maybe something happens when you least expect it."

Ghost or not? You decide.