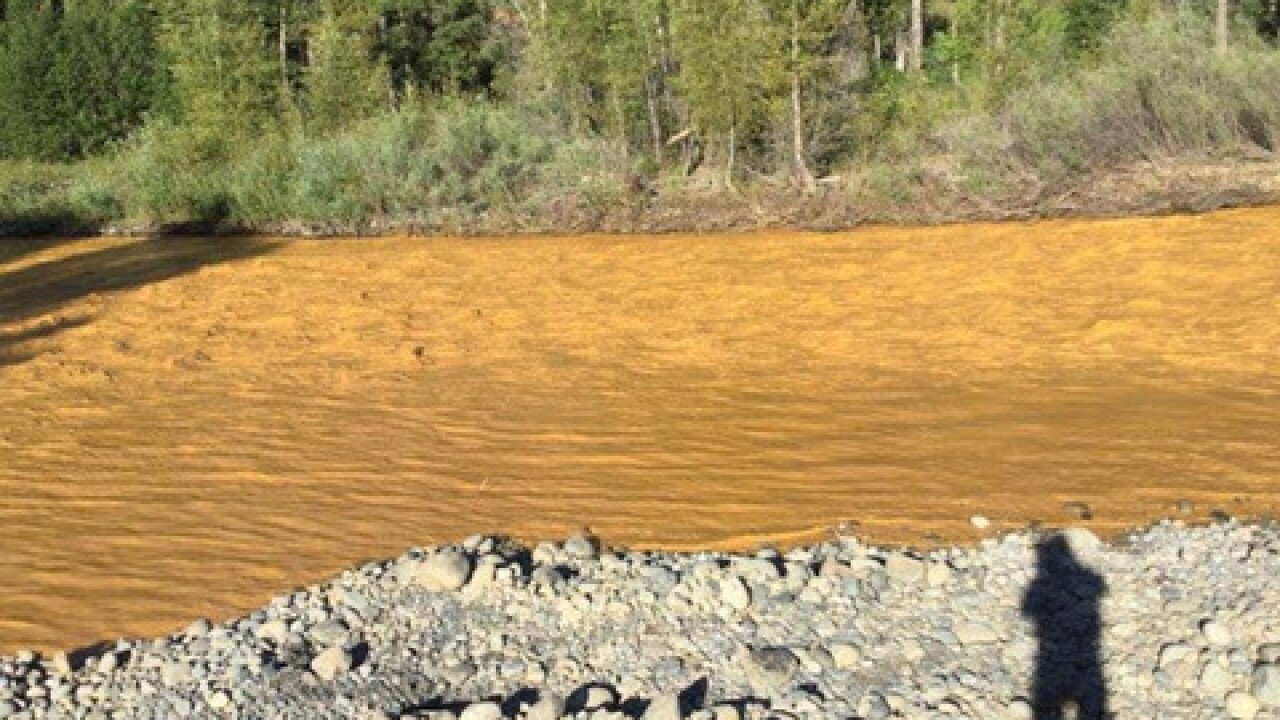 The Environmental Protection Agency says it's reimbursing states, tribes and local governments about $1 million for their costs after the agency accidentally triggered a spill from a Colorado mine.

The EPA said Thursday the money is being paid to Colorado, New Mexico and Utah state governments, the Navajo and Southern Ute tribes and Colorado counties and towns.

Most of the money is for the cost of their response to the Gold King Mine spill in August.

The EPA says it's considering requests for another $570,000 in expenses from the immediate aftermath.

The EPA released the totals after La Plata County, Colorado, said the agency turned down a request for $2.4 million over 10 years for future expenses. The EPA said it doesn't cover future expenses under an agreement the county proposed.

A private contractor was trying to pipe contaminated water from the Gold King Mine to a nearby water treatment system when the spill occurred on Aug. 5.

Crews were using heavy equipment to remove loose dirt above the entrance of the collapsed mine on the morning of the spill, the documents show.

According to a detailed timeline from the EPA, at 10:51 a.m. "a small leak was observed approximately 15 to 20 feet above the anticipated elevation of the floor of the wall."

Within three minutes, at 10:54 a.m., "the hole begun to enlarge and water was pouring out."

Four minutes later at 10:58 a.m., the timeline stated "the hole had expanded significantly" and the "access road had begun to wash away" as three million gallons of mine waste poured out.

A vehicle belonging to the crew members was caught in the yellow-orange mine sludge, the documents showed.

As the spill was happening, it took the contractor more than an hour to notify anyone downstream including the EPA.

Crews were able to evacuate the mine site in time but said in an email to the EPA that there was no cell or satellite service. They had to use two-way radios to reach nearby crews. Those crews then got in touch with the state who made the proper notifications.

At about 2:00 p.m., the report stated the "flow steadily declined" and crews were able to reconstruct the road.

The EPA has said it did not have an emergency plan in place in case of a blowout, which may have played a role in why it took so long for crews to notify the state.

Lawmakers have had several hearings since the spill. Last September, EPA Chief Gina McCarthy defended the EPA's actions, but took responsibility for the spill.

"This was a tragic and unfortunate incident and EPA has taken responsibility to ensure that we clean it up appropriately," said McCarthy.

Cleanup at the Gold King Mine could end up costing taxpayers more than a billion dollars.