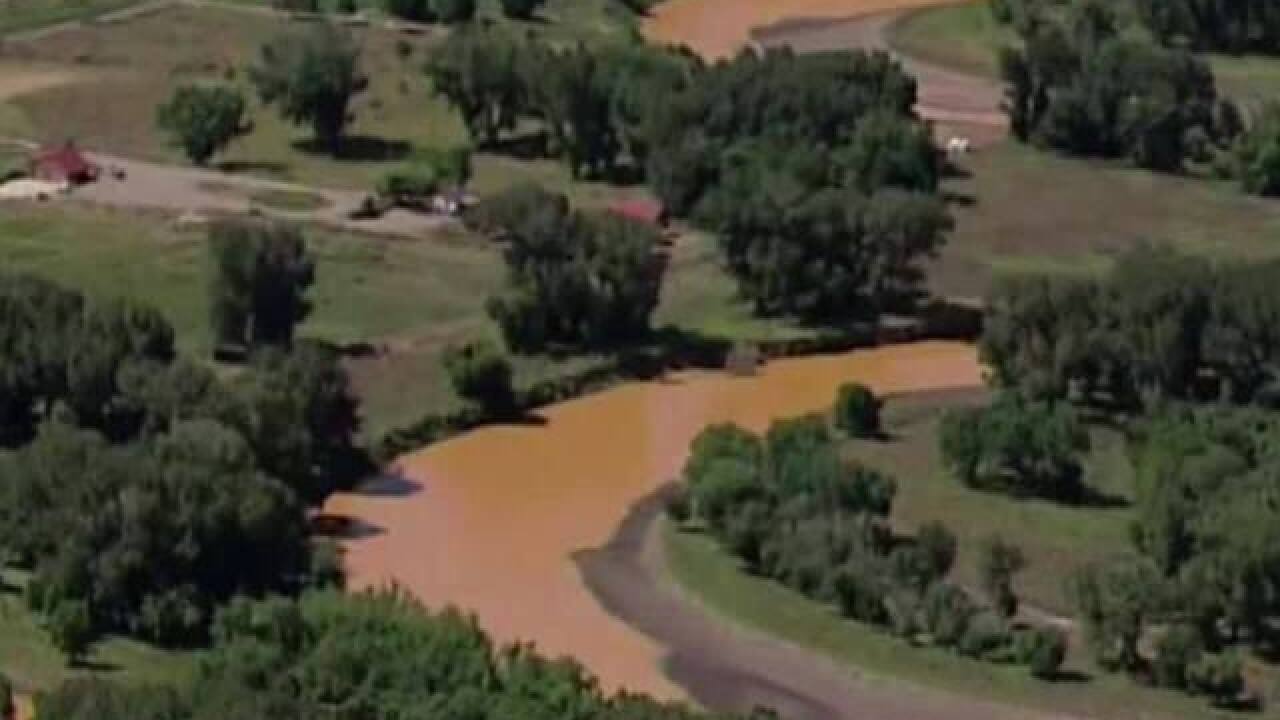 The focus on a toxic mine spill that fouled rivers in three Western states shifts to Congress this week as lawmakers kick off a series of hearings into how the U.S. Environmental Protection Agency accidentally unleashed the deluge of poisoned water.

Video shown at the hearing chronicles the spill as it occurred.

7NEWS showed the clip to Colorado School of Mines professor Ron Cohen.  He said a quick fix was impossible.
"By the time you had something substantial that would hold that water, the event probably would be over," said Cohen.

Republican committee leaders in the House and Senate said EPA officials were frustrating their attempts to investigate the spill by withholding documents that could explain what went wrong when a cleanup team doing excavation work triggered the release of 3 million gallons of rust-colored sludge from the inactive Gold King Mine near Silverton, Colorado.

Mining industry critics and some Democrats have their own agenda: They want to use the August 5 accident as leverage for proposals to make companies pay for the cleanup of thousands of abandoned mines across the U.S.

Against that political backdrop, uncertainty lingers over the long-term dangers to public health and the environment from an event that tainted rivers in Colorado, New Mexico and Utah with heavy metals. A month after the spill, EPA claims that the threat has eased are still met with skepticism from the Navajo Nation, whose president said many farmers have lost a season's work and trust in the EPA has evaporated.

U.S. Rep. Lamar Smith suggested the upcoming hearings offer a chance for the agency to dispel growing suspicions over its actions. The first session is scheduled Wednesday before the House Science Committee, which the Texas Republican chairs.

"We are still, a month later, waiting for a real assessment of the health care risk to those who live near the river or might consume water from the rivers. That is inexcusable," Smith told The Associated Press.

Since the mine water plume washed through, turning the Animas and San Juan rivers a disturbing orange, EPA crews have collected hundreds of water and sediment samples from the two waterways.

Concentrations of arsenic, lead and other toxins initially spiked, in some locations measuring hundreds of times higher than recommended for drinking water, according to EPA results. But federal officials have since announced significant improvements, allowing treatment plants to start drawing water from the rivers again and for advisories against fishing, boating and other recreational activities to be lifted.

EPA Assistant Administrator Mathy Stanislaus, who has overseen the response to the spill, said federal officials were "being as diligent as we can, as responsive as possible."

He added that pending investigations from the U.S. Interior Department and the EPA Inspector General should provide guidance on how the agency can avoid a repeat of the Gold King accident.

On the Navajo Nation, where some irrigation systems remain shut down, President Russell Begaye said his administration was waiting to receive results from its own water and sediment tests rather than relying on the EPA. As a result, thousands of acres of crops have gone dry within the Navajo's largest farming area, he said.

Included in the Obama administration's 2016 budget proposal is a fee on uranium and metal mines to pay for cleanup work on other abandoned mines across the country. The fee would raise $1.8 billion over the next decade, according to the Interior Department.

A similar program exists for abandoned coal mines. For some Democrats, the Gold King spill underscored the urgency of expanding that effort to include so-called hardrock mining.

"What happened in the Animas has the potential to happen all over the West," said Rep. Raul Grijalva of Arizona, the ranking Democrat on the House Natural Resources Committee, which plans a September 17 hearing on the mine accident. "Who has liability if it's not the mining industry?"

Mining industry representatives contend the proposal would unfairly penalize companies now in business for misdeeds that occurred decades ago.

House Science Committee Chairman Smith dismissed the cleanup fund as "something to try to change the subject."

That sentiment was echoed by the chairman of the Senate Indian Affairs Committee, Republican John Barrasso of Wyoming, who plans a September 16 hearing into the spill's impacts on the Navajo and the Southern Ute tribe of Colorado.

Republicans also have sought to capitalize politically. The spill came two days after the unveiling of the administration's plan to limit greenhouse gases from coal-fired power plants and amid a controversy over a new EPA rule meant to protect streams and wetlands.

"They've gone way beyond their authority," Barrasso said of the water rule. "Where they do have authority, and should be working, they have poisoned the environment and poisoned the rivers."